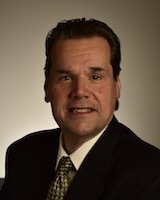 is the founder and lead counsel of The Rando Law Firm P.C. Mr. Rando is a Fellow of the Academy of Court-Appointed Masters and, since 2004, has enjoyed the privilege and honor of judicial appointment as a Special Master in numerous cases involving complex patent law issues. He is a published author and frequent lecturer at law schools and CLE programs on patent law and other IP and constitutional law issues. He is the current Treasurer for the New York Intellectual Property Law Association (NYIPLA) and a member of the NYIPLA Amicus and Legislative Action Committees. He is also the current Chair of the Federal Bar Association (FBA) Intellectual Property Law Section and serves on the FBA National Government Relations Committee.

Is the Government a ‘Person’? NYIPLA tells SCOTUS it depends

After reviewing the way the term “person” is used throughout the statute it is clear that in some provisions of the Patent Act, the term necessarily should be interpreted to include the government (e.g., 35 U.S.C. § 296(a), expressly including government in the definition of “person”), while in other provisions the term “person” should be interpreted to exclude the government (see, e.g., 35 U.S.C. §§ 3(a) and 6(a), which clearly exclude the governmental entities like the USPS, but would include individuals in the government’s employ). Accordingly, reliance on universal definitions from the Dictionary Act, 1 U.S.C. §§ 1 and 8, governing the U.S. Code in general, and likewise on other general definitions of “persons” from relevant case law (e.g., Cooper), may well cause inadvertent problems with respect to the Patent Act. Rather, as set forth below, the answer to the question posed by this case should depend on the legislative context relating to creation of various post-issuance patent challenge proceedings and the PTO’s longstanding interpretation of “person” to include the governmental entities for purposes of ex parte  and inter partes reexaminations.

On Friday, July 20, 2018, the New York Intellectual Property Association (“NYIPLA”) filed an amicus brief arguing that the Petition for Writ of Certiorari should be granted in RPX Corp. v. ChanBond LLC, No. 17-1686. See the NYIPLA’s website for the full Brief of New York Intellectual Property  Law Association as Amicus Curiae in Support of Neither Party, RPX Corp. v. ChanBond LLC, No. 17-1686 (July 20, 2018). This case raises the important question of whether the Court of Appeals for the Federal Circuit (“Federal Circuit”) can refuse to hear an appeal by a petitioner from an adverse final written decision in an inter partes review (“IPR”) proceeding, on the basis of a lack of a patent-inflicted injury-in-fact, when Congress has statutorily created the right for dissatisfied parties to appeal to the Federal Circuit.

It is also important to recognize that the social, political and economic impact of strong protections for intellectual property cannot be overstated. In the social context, the incentive for disclosure and innovation is critical. Solutions for sustainability and climate change (whether natural, man-made or mutually/marginally intertwined) rely upon this premise. Likewise, as we are on the precipice of the ultimate convergence in technologies from the hi-tech digital world and life sciences space, capturing the ability to cure many diseases and fatal illnesses and providing the true promise of extended longevity in good health and well-being, that is meaningful, productive, and purposeful; this incentive must be preserved.

This case presents an important constitutional question which the court below decided based on an incomplete analysis of the Supreme Court’s jurisprudence. In the case below, a three-judge panel of the U.S. Court of Appeals for the Federal Circuit decided that a patent is a “public right,” and that these Article I trial proceedings are not unconstitutional. Significantly, the Federal Circuit reached its conclusion without considering more than a century of precedent by this Court recognizing that an issued patent is a property right, at least for purposes of determining if a “taking” has happened. James v. Campbell, 104 U.S. 356, 358 (1882); see also Horne v. Dep’t of Agric., 135 S. Ct. 2419, 2427 (2015) (quoting with approval James).