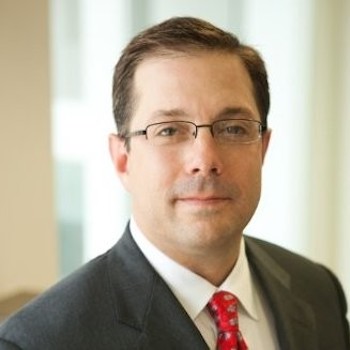 Paul Skiermont, Partner at Skiermont Derby, is a trial lawyer with a national litigation and inter partes review practice. Paul represents companies large and small in litigation involving complex science and technology, including pharmaceuticals and other life sciences, telecommunications, aerospace, speech recognition and consumer electronics. Paul is currently lead trial counsel for the patent owner and exclusive licensee in a patent infringement lawsuit in which Apple’s Siri personal assistant is the instrumentality accused of infringing a natural language processing patent owned by Rensselaer Polytechnic Institute.

Intellectual Asset Management 2015—an industry guide that identifies the top patent practitioners in key jurisdictions around the globe—ranks Paul as one of the Top 12 IP litigation attorneys in Texas, and highlights his “brilliant litigation instinct.”

Skiermont Derby LLP was recognized by the online legal news service Law360 as one of ten national boutique practices “that have established brands on par with the biggest firms” and are “capable of competing with — and beating — the best big firms at the highest level.”

The firm’s IAM profile, based on independent research and interviews with patent attorneys worldwide, notes that the firm is involved in “some of the most challenging technology altercations going, due to its ability to decode elaborate technical concepts, and package – and deliver – arguments in a way that juries find convincing.”

Prior to founding his own firm, Paul was a partner at Bartlit Beck Herman Palenchar & Scott, a nationally renowned litigation boutique known for its success in high-stakes cases. He represented Pratt & Whitney and prevailed in an alleged multi-billion dollar patent infringement lawsuit over the engines that power the A380 superjumbo aircraft, and also represented Bayer in its successful defense of the landmark antitrust class action involving the antibiotic Cipro.


Check back soon for more articles by Paul Skiermont

Past Events with Paul Skiermont