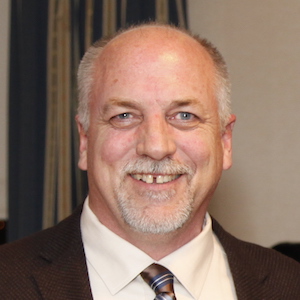 Paul Morinville is the Founder and former President of US Inventor, Inc., which is an inventor organization in Washington D.C. that advocates strong patent protection for inventors and startups. Paul has been as executive at multiple technology startups including computer hardware, enterprise middleware and video compression software in the U.S. and China, and now medical devices.

In February 2020, ParkerVision filed a patent infringement lawsuit against Intel in Judge Alan Albright’s Waco, Texas, courthouse in the Western District of Texas.  Only three years later, and through the pandemic, today, the case settled all pending matters. ParkerVision still has remaining patent infringement cases in process against TCL, LG, MediaTek and RealTek in Judge Albright’s court.  A settled case is the best way to close a patent infringement dispute. It not only reduces costs for the parties, but it also reduces the court’s burden of a trial. When the parties agree to settle, everyone goes home happy.

Darrell Issa Doesn’t Understand That He is the Problem

US Inventor is publicly opposing the appointment of Representative Darrell Issa (R – CA) to Chair the IP Subcommittee due to Issa’s record of IP reforms that are harmful to independent inventors and startups. To accomplish these IP reforms, Issa squelches the voices of independent inventors and startups while amplifying the voices of Big Tech and Chinese Communist Party (CCP) controlled multinationals. Now, in a recent statement, Issa argues that his IP reforms have made the patent system more fair for everyone, even as the facts show he is completely wrong. Issa is unfit to be IP Subcommittee Chair.

Issa is Not a Fit for IP Subcommittee Chairman

The House of Representatives’ Judiciary Committee—Subcommittee on the Courts, Intellectual Property and the Internet (IP Subcommittee) writes patent law and is responsible for other patent-related initiatives. A country’s patent laws directly affect its innovation economy. In a free-market economy, patent laws can boost or destroy incentives to invent and commercialize new things. As a result, patent law influences economic and job growth, social mobility, technological advances and national security. The 118th congress has begun. Currently, the Republican Steering Committee is selecting the Chairs for the various committees and filling the ranks with members. The next step is for the Chairs of the various committees to select their subcommittee chairs. In the case of the IP Subcommittee, Jim Jordan is the Chair of the Judiciary Committee, so he selects the IP Subcommittee Chair. Representative Darrell Issa (R-CA) is the most likely candidate to be selected.

Answering the Question, ‘What is the Conservative View of Patent Rights?’

Joe Matal, the former Acting Director of the U.S. Patent and Trademark Office (USPTO), recently posed as a question to those sponsoring H.R. 5874, the Restoring America’s Leadership in Innovation Act (RALIA): “What is the ‘conservative’ position on patents and other intellectual property?” It is an interesting question. What is it about property that makes it property? That’s not a liberal or conservative, or a Democratic or Republican question. Property rights are something everyone learns about early in life when your older sibling grabs your teddy bear and takes it away from you. Property rights are innate in humans. Just about everyone would proffer a similar definition: that’s mine and you can’t take it away – at least not without a fight.

The Pride in Patent Ownership Act is Big Tech Boondoggling

In early August, Senator Tillis (R-NC) proposed legislation called the Patent Eligibility Restoration Act of 2022, (S. 4734). US Inventor wrote a response to this legislation showing how it will destroy already damaged patent protection for U.S. software inventors and startups. Included in this destruction will be some of the most important inventions to U.S. technological development, economic growth and national security, like artificial intelligence, security systems, block chain, quantum computing, and much more, including anything that could compete with Big Tech’s core technology.  This legislation is dangerously misguided. In a recent interview with IP Watchdog, Tillis was asked about some of the fatal concerns we identified in our response. Tillis brushed those concerns off by saying that he doesn’t want to hear complaints without solutions.  Fair enough.

In U.S. government, setting public policy is the sole and exclusive domain of Congress. The laws they pass effectuate the public policy positions that Congress alone has the power to set. In law, words are everything. The precise meaning of the words in law determines whether the public policy is implemented as intended by Congress. Altering the meaning of just one word can change the entire public policy set by Congress, even turning the public policy on its head. Anyone following the debate on patent eligibility can attest to how the Supreme Court’s redefinition of the word “any” in 35 U.S.C. § 101 to have an exception called an “abstract idea” caused a significant public policy change and that change destroyed countless startups, especially those in tech. Senator Tillis’ Patent Eligibility Restoration Act of 2022, S.4734, wrongly puts the courts in charge of defining public policy because it leaves key words completely undefined.

Infringing patented inventions feels like stealing, from the innovator’s perspective, much like a smash and grab at a jewelry store. Politicians refuse to fix the gutted patent system so it can protect U.S. startups and small inventors. The American Dream is slipping away, as it consolidates into the hands of just a few tech giants and sending whatever is left to China. Case in point, ParkerVision v. Qualcomm, which illustrates just how anti-patent some courts have become. In this case the importance of ParkerVision’s seminal semiconductor chip technology that helped to transform cellphones into smartphones is at issue. ParkerVision invested tens of millions in R&D, but the courts have allowed it to be taken from them and transferred to a multinational corporation free of charge.