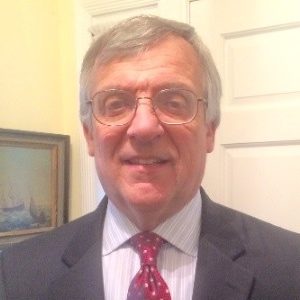 Paul Kamenar is a Washington, D.C. public policy and appellate attorney who counsels clients on legal, regulatory, and public policy matters. He is also a Senior Fellow of the Administrative Conference of the United States and guest lectures at the U.S. Naval Academy on National Security Law. He has been a speaker at several conferences across the country on overcriminalization and regulatory enforcement, including those sponsored by the American Bar Association, George Mason University Law School, S.J. Quinney College of Law-University of Utah, American University Washington College of Law, Northwestern University School of Law, and the Cleveland Chapter of the Federalist Society. He also has briefed Members of Congress and their staff on overcriminalization issues along with representatives from the National Association of Criminal Defense Lawyers and the Heritage Foundation. He and his clients have also testified before congressional committees on these issues. He was Senior Executive Counsel of the Washington Legal Foundation, Clinical Professor of Law at George Mason University Law School from 1999-2005, and adjunct professor at Georgetown University Law Center teaching a separation of powers/appellate advocacy seminar. He is a graduate of Georgetown Law and received his undergraduate degree from Rutgers College.


Check back soon for more articles by Paul Kamenar

Past Events with Paul Kamenar