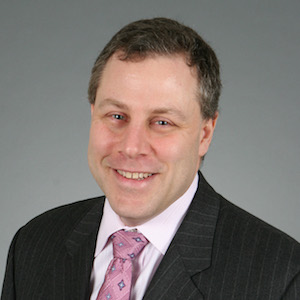 is a partner in the Intellectual Property Group and Litigation Department of Sullivan & Worcester in New York. His practice focuses on litigation and licensing related to software, e-commerce, biotech, copyrights, trademarks, and rights of publicity.

For more information or to contact Mitchell, please visit his Firm Profile Page.

On December 2, the U.S. Supreme Court heard oral argument in the matter of Georgia v. Public.Resource.Org, Inc. The issue on appeal was on whether annotations to the Official Code of the State of Georgia, which were prepared by Mathew Bender & Co under the supervision of Georgia’s Code Revision Commission, which was itself created by Georgia’s General Assembly, were capable of copyright protection, or whether they were an integral part of the laws of the State of Georgia, which, like all legislation, is part of the public domain and cannot be copyrighted. The outcome of this decision will affect legal publishing schemes in a number of states which, similar to Georgia, contract the work of preparing annotations to private sector companies, which then monetize those copyrights through a license fee structure. Indeed, concern for states’ publishing schemes led to the Solicitor General’s office and various other states joining in on the side of petitioner, the State of Georgia, who is seeking to establish that the annotations are subject to copyright. The case also presents a fascinating, almost philosophical discussion on the nature of annotations and the legal or persuasive force they should be afforded.

On October 22, the U.S. House of Representatives passed, by a vote of 410-6, the Copyright Alternative in Small-Claims Enforcement Act (the “CASE Act”). The Act proposes to set up what is in essence a voluntary administrative procedure conducted in the U.S. Copyright Office whereby artists and other copyright holders can protect their copyrights without the cost, expense and difficulty associated with filing a full-blown copyright infringement litigation in federal court. Based on the vote in the House, the CASE Act appears to enjoy widespread, bipartisan support in Congress—a rarity these days, to be sure. The appeal is simple: give individual artists and small companies an affordable mechanism to enforce their rights in their creative works. But although the political appeal of the CASE Act is obvious, the practical reality of the CASE Act is something entirely different. Indeed, there are three gaping holes in the CASE Act which may cause the small claims process it sets forth to have only very narrow appeal and to be an effective dispute resolution mechanism in only a narrow subset of cases.

One of the critical moments in the life of a start-up tech company is landing its first big contract with a giant tech company. That first tech deal is also a daunting process. Take a deep breath. You can negotiate these agreements, as long as you negotiate smartly. Here are five common-sense tips for going forward… Play the long game. Nothing begets more business opportunities than a satisfied customer. Earn their trust. Show them you can deliver what they want. If you can start that process as early as the negotiations on the first contract, you are already ahead of the game.