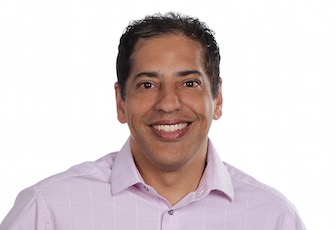 Micky Minhas is Senior Vice President at the Marconi Group, an intellectual property licensing and investment firm based in Dallas, Texas. As part of the Marconi management team, he plays a vital role supporting Marconi’s vision of transforming the fundamentals of intellectual property licensing through providing better ways to share patented technology.

Before joining Marconi in March 2020, Micky was Chief Patent Counsel for Microsoft, managing the Microsoft patent group since 2012. Micky managed a team of over one hundred patent professionals who were primarily responsible for outbound and inbound intellectual property licensing, patent strategy, patent acquisitions and divestitures.  He also managed patent preparation and prosecution of patents and was responsible for Microsoft’s conflicts, indemnification and pre-litigation practice. During his time, Microsoft had a significant patent licensing business resulting in significant revenue for the company, as well as placement of Microsoft products on Android based mobile devices.

Prior to Microsoft, Micky served for 13 years as Vice President of Intellectual Property Strategy at Qualcomm in San Diego, California. There, Micky was responsible for establishing the company’s 4G patent portfolio as well as intellectual property aspects of Qualcomm’s mergers and acquisitions practice.  As part of his time with Qualcomm, Micky was based in Munich, Germany where he managed the company’s patent opposition practice.

Micky served as President of Marquette Alumni Board, which he has been on since 2016.  In addition, Micky is on the Marquette University Board of Trustees since 2019. Micky has served on the Board of the Intellectual Property Owners (IPO) since 2012.

Past Events with Micky Minhas