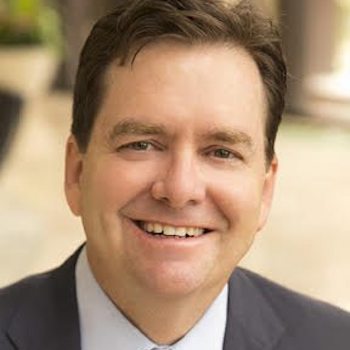 Mike Wilson, Co-Chair Patent Litigation at Munck Wilson Mandala, is a trial lawyer with a passion for handling complex and technical cases.  He has been repeatedly named a Texas Super Lawyer in commercial litigation, a Top Litigator, and a Best Lawyer in Dallas (D Magazine) and a Best Lawyer in America (Woodward White). Clients entrust Mike with their largest and most important cases, and he frequently represents clients as either a plaintiff and defendant where the amounts in dispute exceed $100 million. In the past few years, Mike has acted as trial counsel in two jury trials resulting in substantial 8-figure jury verdicts.

Mike frequently represents inventors, technology companies and other businesses in disputes involving in patent infringement, trade secret claims and other business torts in the Northern and Eastern Districts of Texas, Delaware and numerous other state and federal courts. Mike handles cases regarding a wide range of technologies and technical issues, including pharmaceuticals (Hatch Waxman litigation), consumer electronics, wireless communication devices/systems, semiconductors, software, commercial construction and design, manufacturing equipment and systems, and power and electrical distribution systems. In 2015, Mike was trial counsel for a technology company in a case alleging theft of trade secrets and patent infringement resulting in a judgment of $77 million, one of the largest jury verdicts in the nation in 2015.

In addition to commercial and IP litigation, Mike has more than 28 years of experience litigating and trying other commercial matters, including insurance matters, product liability cases, construction defect disputes, and business torts.

Mike has been a fixture in the insurance subrogation community for 25 years and has successfully handled large property damage and construction cases throughout the country, helping his clients recover over $100 million in subrogation recoveries.

In addition to Texas and the Southwest, Mike has represented clients in federal and state courts throughout the country, including California, Connecticut, Delaware, Florida, Georgia, New York, Ohio, and Wisconsin.


Check back soon for more articles by Michael Wilson

Past Events with Michael Wilson