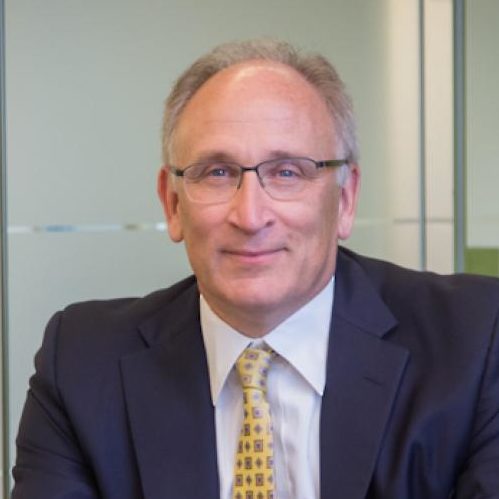 Michael Specht is a director and co-chair of Sterne Kessler’s PTAB litigation practice, which was recognized an unprecedented third time as MIP PTAB Firm of the Year in March 2020. He has been involved in nearly 200 PTAB proceedings on behalf of both petitioners and patent owners, and was the third most active counsel on behalf of petitioners in 2019.

He has a unique combination of over twenty-five years of telecommunications, electronics and Internet-related technical, legal, and business development experiences. His practice spans high value patent prosecution and inter partes matters, including Patent Trial and Appeal Board (“PTAB”), district court, and International Trade Commission (“ITC”) litigation. His extensive patent prosecution and technical experiences provide a formidable advantage in inter partes proceedings. Additionally, he counsels clients on the development and implementation of intellectual asset management plans to maximize the economic potential of their intellectual property through portfolio development, licensing, and litigation strategies.

Mike has long been a leader in post grant proceedings before the U.S. Patent and Trademark Office, such as ex parte reexaminations, inter partes reexaminations, inter partes reviews (“IPR”), covered business method reviews (“CBM”), and post grant reviews (“PGR”). He was the co-creator and editor of the award-winning website, www.reexaminationcenter.com, which was the most sought out industry source for reexamination decisions and analysis. He subsequently was a contributing author to the seminal treatise, Patent Office Litigation and is also a contributing author to Patent Litigation Strategies Handbook Third Edition 2014 Cumulative Supplement, “Patentability Challenges at the U.S. Patent and Trademark Office.” Mike has served as counsel in nearly 100 IPRs, CBMs, and PGRs, with more than 50 representations on behalf of petitioners, and more than 40 appearances on behalf of patent owners. Whether challenging or defending patents before the PTAB, Mike’s lead counsel track record is superior to the PTAB averages on the basis of challenged claims instituted and instituted claims cancelled at final written decision.

Prior to joining the firm, he co-founded and served as President and General Counsel of OnLine Living, a company providing high speed Internet and web services to residents of apartment communities. He led the company’s efforts to secure venture capital and debt financing, managed legal affairs and directed the technology team. He was responsible for architecting and deploying the company’s broadband wired and wireless network and web services. He began his career as an electrical engineer at Bell Communications Research (“Bellcore”), a world renowned research and development laboratory supporting the Bell System telecommunication companies. At Bellcore, he developed switching system technical requirements, conducted field performance analysis, led multi-disciplinary network operations reviews of the local telephone company networks and co-managed the SS7 product.

The establishment of the Patent Trial and Appeal Board (PTAB) forever changed district court patent litigation. Recently, the PTAB’s increased use of its discretionary denial authority and the Supreme Court’s confirmation of the unreviewability of institution decisions highlights the criticality of parties considering the evolving interplay of PTAB invalidity trials and district court litigations. We explore this issue by examining the March 20, 2020 Order (Paper 11) in Apple Inc. v. Fintiv, Inc., which the PTAB designated as precedential on May 5, 2020. Fintiv enumerates a non-exclusive list of factors that the PTAB will evaluate when considering whether to exercise its discretion to deny instituting a petition because of events in parallel proceedings in other tribunals, such as parallel district court litigation involving the challenged patent.