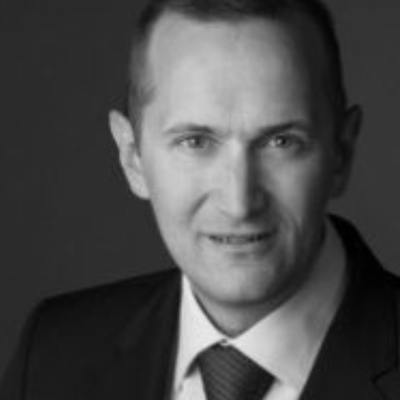 Michael Fröhlich is Director of European and International Legal Affairs, PCT at the European Patent Office (EPO). He is a fully qualified German lawyer with a Ph.D. and a post-graduate law degree in intellectual property.

Michael has over 15 years of experience in increasingly responsible positions in the field of IP. His responsibilities at the EPO include, inter alia, the implementation of the Unitary Patent package, the procedural and substantive harmonisation of patent law, the further development of the European patent system, as well as the procedures and practice under the Patent Cooperation Treaty.

Prior to joining the EPO, Michael worked as Senior Director, EU Intellectual Property & Strategy at BlackBerry, where he was leading BlackBerry’s IP affairs in Europe and managing a wide range of global IP matters with a particular focus on issues at the intersection of IP and competition law in the context of standard-setting initiatives, licensing, and litigation. Michael also worked as a Senior IPR Legal Counsel at Nokia, and he served as the head of the legal affairs department of the European Telecommunications Standards Institute (ETSI) where he has been shaping ETSI’s IPR Policy and advising ETSI’s executive bodies on legal issues with a main emphasis on IP. Michael has further practised law for several years at the at the German IP-boutique Preu Bohlig & Partner in the fields of contentious and pre-contentious matters in all areas of IP, with a particular focus on patents. Michael shows also work experience in Brazil, where he was active for Dannemann Siemsen Bigler & Ipanema Moreira.

Michael regularly writes and lectures on IP-related issues. He is bilingual German/French, business fluent in English and he has a basic knowledge of Portuguese.

Past Events with Michael Fröhlich