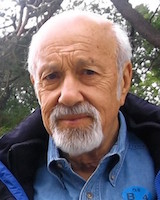 is a pioneer in the development of the commercial software industry, and is known within the industry as “the Father of Third Party Software.” He is also widely regarded as the inventor on the first software patent ever granted by the United States Patent and Trademark Office, U.S. Patent No. 3,380,029.

PBS Digital Studios profiled Goetz and his pursuit of the first software patent in the YouTube video below.

In 2007, Goetz was the “Unsung Innovator” of the computer industry by ComputerWorld. Goetz is also a member of the Mainframe Hall of Fame.

50 Years of Controversy Rages On: A Closer Look at Computer-Implemented Inventions

After Alice: Is New Legislation Needed? Before Alice: Was there a Precedent?

the Courts have found it difficult to use the Mayo two-part test in the examination of a patent’s validity thus creating great uncertainty… One should not confuse the uncertainty of the complex U.S. patent system with the clarity of the Alice decision. There is no reason to believe any new legislation will provide any improvement in deciding what should, and what should not, be patentable.

Lifting the Fog on ‘Software Patents’ – Eliminate that Meaningless Term

Clearly, one does not get a patent on software or a computer program. Software, just like electronic circuits, or steam, or solar energy, or gears, or rubber bands — to name a few — is only a means to an end. Under the USPTO long time guidelines one receives a patent only if a) there is an invention b) if there is a proper Specification (an adequate disclosure to one skilled-in-the-art) and c) the so-called invention in the patent application is not abstract and not obvious.

Why Alice v. CLS Bank is a Victory for Software Patents

Certain things are obvious. It was obvious in the oral arguments that it was a challenge for both the Supreme Court judges and the lawyers to distinguish between abstract ideas, ideas, computer programs, technological innovations, patentable subject matter, and inventions. This confusion also showed up in the seven different written opinions of the judges in the Appeals Court review of this same case… Mr. Perry was wrong about word processing and e-mail. Providing a “technical solution to a then unmet problem” and providing a “technological advance” often does not constitute making an invention. That’s because with computers you can often make a technical advance that is obvious.

By Martin Goetz, inventor on the first software patent granted by the USPTO: “Much of this negativism is based on the poor job the US patent examiners have done in weeding out those many patent applications where the so-called invention is just one of the almost infinite, but obvious, ways one can automate a manual or semi-automatic process or procedure. But there are also true inventions that use a computer as part, or all, of the implementation of the invention. There is no reason to throw out the baby with the bathwater. So it is of utmost importance that we examine the many falsehoods related to software patents.”

Why the Supreme Court in the CLS Bank v. Alice Case Should Not Answer the Question on Computer-Implemented Invention

Article written by Martin Goetz… Over the years the term “software” has been terribly abused when a patent application has a computer in its specifications. We hear the terms abstract, ideas, laws of nature, mathematical algorithms when those against “software patents” argue their case. But true inventions — whether specified in hardware, software, solar power, gears, or what have you — must stand on their own two feet and meet the test of an invention as specified in the US Patent law. Additionally, the USPTO states that an invention is defined in its claims and not by its specification. Unfortunately, many USPTO examiners have been issuing patents for very questionable inventions that only computerize (or automate) a manual process or computerize a new, but obvious, use of a computer.