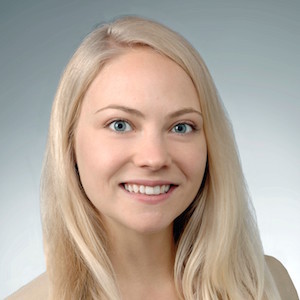 is an associate in Reed Smith’s San Francisco office whose trademark practice includes managing a global trademark portfolio, including both prosecution and enforcement actions in the U.S. and worldwide. She also handles disputes before the Trademark Trial and Appeal Board and in Federal Court.

Frankly My Dear I Don’t Give a Tam: The Oddball Consequences of In re Tam

The Supreme Court heard oral argument on the cloudy Wednesday morning of January 18, 2017. Although the Justices posed tough questions and intricate hypotheticals to both sides, the tone of each Justice’s questions and their individual jurisprudences indicate an even 4-4 split, with Justices Breyer, Ginsberg, Kagan, and Sotomayor favoring the USPTO, and Justices Alito, Kennedy, Thomas, and Chief Justice Roberts favoring Tam. Of course, oral argument is often shaky, at best, when predicting the outcome of a case, especially one with such potential for a drastic overhaul of a body of law… Although no one can know for certain the outcome of Lee v. Tam, one consequence that appears very likely is that, if the Court does rule in favor Tam, it would strike the entirety of Section 2(a), not just the portion prohibiting disparaging marks that forms the central issue of the case. John C. Connell, counsel for Tam, went so far as to call that result “inevitable” in response to Justice Ginsberg’s question on the topic.

Two cases making their way through the Federal courts may force the Supreme Court to consider the issue of what sorts of trademarks should be considered “disparaging,” and whether the government may lawfully prevent the registration of such trademarks… The Redskins appealed to the Fourth Circuit in August 2015 and the parties’ and amici briefs have been rolling ever since. As of April 25, 2016, the Redskins have petitioned the United States Supreme Court to review their case, skipping over the Fourth Circuit Court of Appeal.