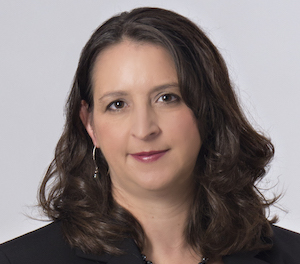 is a Principal with Harness Dickey. She has been litigating complex civil disputes for more than 17 years. She was part of the litigation team that defended Octane (District Court to United States Supreme Court), and vindicated CDM Fantasy Sports’ rights to offer fantasy sports games, and she has helped countless other clients attain favorable results in their intellectual property disputes.

In last week’s Halo Elecs. v. Pulse Elecs. decision, the Supreme Court unanimously rejected the Federal Circuit’s Seagate standard for awarding enhanced damages in patent cases under Section 284, finding the Federal Circuit’s two-part test “impermissibly encumbers the statutory grant of discretion to district courts.” Slip Op. at 9. The Supreme Court’s decision, which vacated and remanded, means that the award of treble damage may very well be reinstated in that case, and reversals of enhanced patent damages rulings – both awards and denial – may become less common.

What may be less well known is that Octane was not itself a “patent troll” case. Rather, Octane involved another kind of abusive patent litigation; namely, a large company asserting a patent it pulled “off the shelf” against a small start-up competitor. While patent trolls gain economic advantage through economies of scale, large companies have economic advantages over smaller competitors by virtue of their size and resources, and can similarly abuse the system. They can use the high cost to defend patent litigation as a competitive weapon, either to force the smaller competitor to exit the market, discontinue a product line, or pay an unwarranted royalty (thereby hindering the competitor in the marketplace). On remand, the District Court in the Octane case recognized just this sort of economic coercion, and found the case exceptional warranting a fee award. And last week, the District Court awarded almost $2 million in fees and costs to Octane, the prevailing accused infringer.