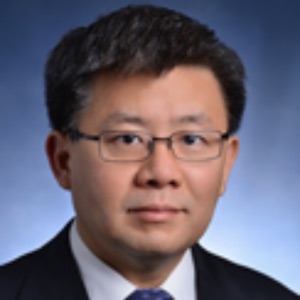 On January 11th, Askeladden LLC (Askeladden) filed an amicus brief in support of the Supreme Court accepting certiorari from JTEKT Corp. v. GKN Automotive Ltd., No. 2017-1828 (Fed. Cir. 2018). This case raises the important question of whether the U.S. Court of Appeals for the Federal Circuit can refuse to hear an appeal by a non-defendant petitioner from an adverse final written decision in an inter partes review (IPR) proceeding on the basis of a lack of a patent-inflicted injury-in-fact, even though Congress has statutorily created the right for “dissatisfied” parties to appeal to the Federal Circuit. 35 U.S.C. § 319.

Ultimately, the panel held that JTEKT failed to establish an actual injury sufficient to confer Article III standing because “the[] declarations [did] not establish that [JTEKT’s] planned product would create a substantial risk of infringing [the] patent or likely lead to charges of infringement[.]” Id. Further, the panel did not agree with JTEKT’s argument that the “creation of estoppel based on [JTEKT’s] participation in the IPR constitute[d] a separate, and independent, injury[.]” Id. Therefore, the appeal was dismissed.

According to the brief: “The issue raised is whether meeting the statutory requirements of Section 319 of Title 35 of the United States Code is an intangible injury-in-fact that is enough to meet the “case or controversy” requirements of Article III of the U.S. Constitution.”

Is the Government a ‘Person’? NYIPLA tells SCOTUS it depends

After reviewing the way the term “person” is used throughout the statute it is clear that in some provisions of the Patent Act, the term necessarily should be interpreted to include the government (e.g., 35 U.S.C. § 296(a), expressly including government in the definition of “person”), while in other provisions the term “person” should be interpreted to exclude the government (see, e.g., 35 U.S.C. §§ 3(a) and 6(a), which clearly exclude the governmental entities like the USPS, but would include individuals in the government’s employ). Accordingly, reliance on universal definitions from the Dictionary Act, 1 U.S.C. §§ 1 and 8, governing the U.S. Code in general, and likewise on other general definitions of “persons” from relevant case law (e.g., Cooper), may well cause inadvertent problems with respect to the Patent Act. Rather, as set forth below, the answer to the question posed by this case should depend on the legislative context relating to creation of various post-issuance patent challenge proceedings and the PTO’s longstanding interpretation of “person” to include the governmental entities for purposes of ex parte  and inter partes reexaminations.

On May 9, 2018, Network-1 Technologies, Inc. filed a combined petition for panel rehearing or rehearing en banc with the United States Court of Appeals for the Federal Circuit, requesting reconsideration of the panel’s Claim Construction Ruling in Context of Database Search Algorithms in a consolidated appeal from inter partes review decisions relating to four of Network-1’s patents.