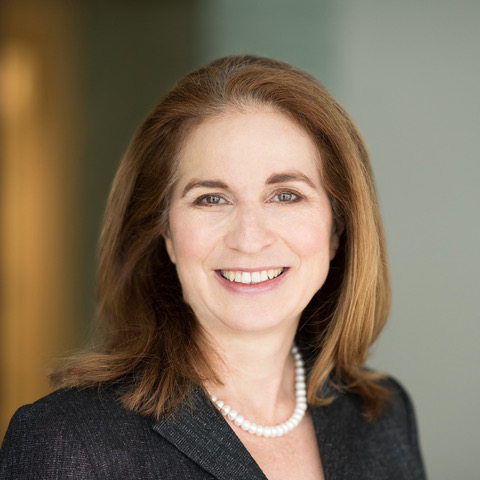 Dr. Julie Burke, a former TC1600 Quality Assurance Specialist, is founder of IP Quality Pro LLC, where she helps practitioners resolve complicated procedural situations in the field of US patent practice. From 2006-2015, in her role as QAS, Dr. Burke drafted over 800 petition decisions for review and signature by a variety of TC1600 Group Directors. Dr. Burke is a former Vice Chair of IPO’s Patent Office Practice Committee and she can be contacted at [email protected]

As outlined in our article, The Good, the Bad and the Missing: Findings from a Review of the Data on Granted Retroactive Foreign Filing Licenses, Petition.ai’s subscribers’ most searched patent petition type is for retroactive foreign filing licenses (RFFLs). In the article, we highlighted that 71% of applications petitioning the U.S. Patent and Trademark Office (USPTO) for a RFFL eventually are granted. On average, it took 2.3 RFFL petitions over 1.4 years before obtaining the granted petition. We also pointed out 84% of granted RFFL petition decisions could not be found in the Public PAIR’s Image File Wrapper (IFW). Several months after we published the article, and after several communications with the Office of Petitions, these granted decisions were finally published in the IFW. This article examines the most common reasons why the USPTO dismisses RFFL petitions.

USPTO Petition Process: Who Should Pay for the Burden of Inordinate Delays and ‘Mistakes’?

In our last article, Part VI, we reported significant Technology Center (TC)-to-TC variation at the U.S. Patent and Trademark Office (USPTO) in pendency and grant rates for petitions pertaining to premature final Office actions. The USPTO Petition Timeline shows these types of petitions are currently decided in an average of 178 days with a 42% grant rate. Because the mere filing of a petition will not stay any period for reply that may be running (37 CFR Section 1.181(f)), a six-month delay in processing after final petitions effectively renders any such decision as futile. Without a decision resolving the status of the final Office action, Applicants are forced to choose between filing an Request for Continued Examination (RCE), a Notice of Appeal, a continuing application or letting the application go abandoned…. In Part IV, we reported many after final petitions were essentially held in abeyance until after the RCE was filed. The RCE was then used as justification to dismiss long-delayed petitions as moot. Here, we identify instances where some petitions were not only granted after the RCE was filed, but the RCE fees refunded.

Does the USPTO’s Roadmap to Improved Patent Quality Lead to Lake Wobegon?

The U.S. Senate Committee on the Judiciary’s Subcommittee on Intellectual Property recently held hearings on the topic of Protecting Real Innovations by Improving Patent Quality. The Subcommittee is to be commended for seeking practical solutions to improve patent quality. To this end, the author respectfully recommends that the Subcommittee and the intellectual property (IP) community take a close look at the United States Patent and Trademark Office (USPTO)’s revised Performance and Appraisal Plan (PAP) for patent examiners.

USPTO After Final Petition Statistics – Are Things as Bad as They Appear? (Part VI)

While researching the U.S. Patent and Trademark Office’s (USPTO) treatment of final Office actions for previous articles (Part I, Part II, Part III, Part IV, and Part V), we noticed USPTO petition pendency and grant rate statistics often differed from results of our analysis. Applicants relying on the pendency information provided by the USPTO Data Visualization Center prior to January 2021 would expect their petitions filed after final to be decided on average in two to three months. However, our prior publications document decisions often inexplicably delayed to such an extent that applicants were compelled to take other action to avoid abandonment of their applications. The USPTO has updated its after final petition data twice since the publication of Part V – now showing a 12-month rolling average processing time of greater than 180 days. A six month delay in processing such petitions renders any resulting decision as futile. Here, we investigate petitions decided during the fourth quarter of 2020 to determine why petition pendency has skyrocketed and what this means for applicants seeking to challenge an Examiner’s premature determination of finality.

The Good, the Bad and the Missing: Findings from a Review of the Data on Granted Retroactive Foreign Filing Licenses

Since launching Petition.ai’s searchable database of publicly available patent petition documents filed with the United States Patent and Trademark Office (USPTO), the most searched petition type, by far, is for a Retroactive Foreign Filing License (RFFL). Anecdotally, patent practitioners believe it is difficult, if not almost impossible, to obtain a RFFL. However, while the process may take a long time and may require several petitions, our analysis shows requests for RFFLs are often granted, eventually. A future article will examine the most common reasons why RFFL petitions are dismissed. Finally, our research uncovered some troubling issues with the substantial number of the granted petition decisions not available for public review.

While researching the U.S. Patent and Trademark Office’s (USPTO) treatment of final Office actions for previous articles (Part I, Part II, Part III and Part IV, we noted, all too often, applicants acquiesce to premature or improper final Office actions rather than engage in a petition process they consider uncertain. Anecdotally, patent practitioners are often reluctant to challenge an examiner on petition without a clear understanding of the likelihood of success. Here in Part V, we research successful after final petitions: ones properly processed by the USPTO and promptly granted. We found, in many instances, favorable petition decisions are followed by a Notice of Allowance. What characteristics do these successful outcomes have in common?

While researching the U.S. Patent and Trademark Office’s (USPTO) treatment of final Office actions for previous articles (Part I, Part II and Part III), we noticed too many petition decisions dismissed as moot for it to have happened by chance. Here in Part IV, we examine timely filed petitions that were dismissed as moot because the USPTO decision was inexplicably delayed to such an extent that applicants were forced to take other action to avoid abandonment of their applications. We uncover two different and seemingly arbitrary petition processing pathways within the USPTO: petitions which are promptly entered and decided on their merits or petitions belatedly entered and eventually dismissed as moot. We uncover a strong correlation between the USPTO’s initial petition processing steps, petition pendency and petition outcome.