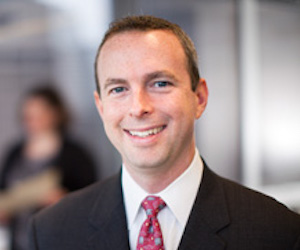 is a partner with McDonnell Boehnen Hulbert & Berghoff LLP has been litigating intellectual property cases and counseling clients for almost 20 years. He has built up broad experience in dealing with complex and difficult issues. He has successfully litigated cases in Federal and state courts throughout the United States. [email protected]

Employers often assume that they have the same weapons in their arsenal to prevent theft of virtual trade secrets as they have against other types of loss. As the prosecution of Sergey Aleynikov in Federal and New York courts showed, however, that simply isn’t true. Even though juries in both courts found him guilty of downloading confidential computer code from his employer, judges ultimately found that the laws under which he was prosecuted did not cover the acts he committed. A careful employer should therefore make sure it puts precautions in place that prevent theft of computer code, rather than relying on the threat of criminal prosecution.

Aleynikov was a computer programmer employed by Goldman Sachs to write high-frequency trading code. In 2009, he accepted a job offer to join a potential competitor, where he would create a new high-frequency trading platform from the ground up. Before he left Goldman, however, he sent portions of Goldman’s high frequency trading code to a German server for his own future use. After Goldman found out, it went to the FBI; Aleynikov was then arrested on a flight home from a visit to Chicago. With that arrest began his circuitous journey through the U.S. legal system, governed by two different sovereigns and under two different legal regimes.