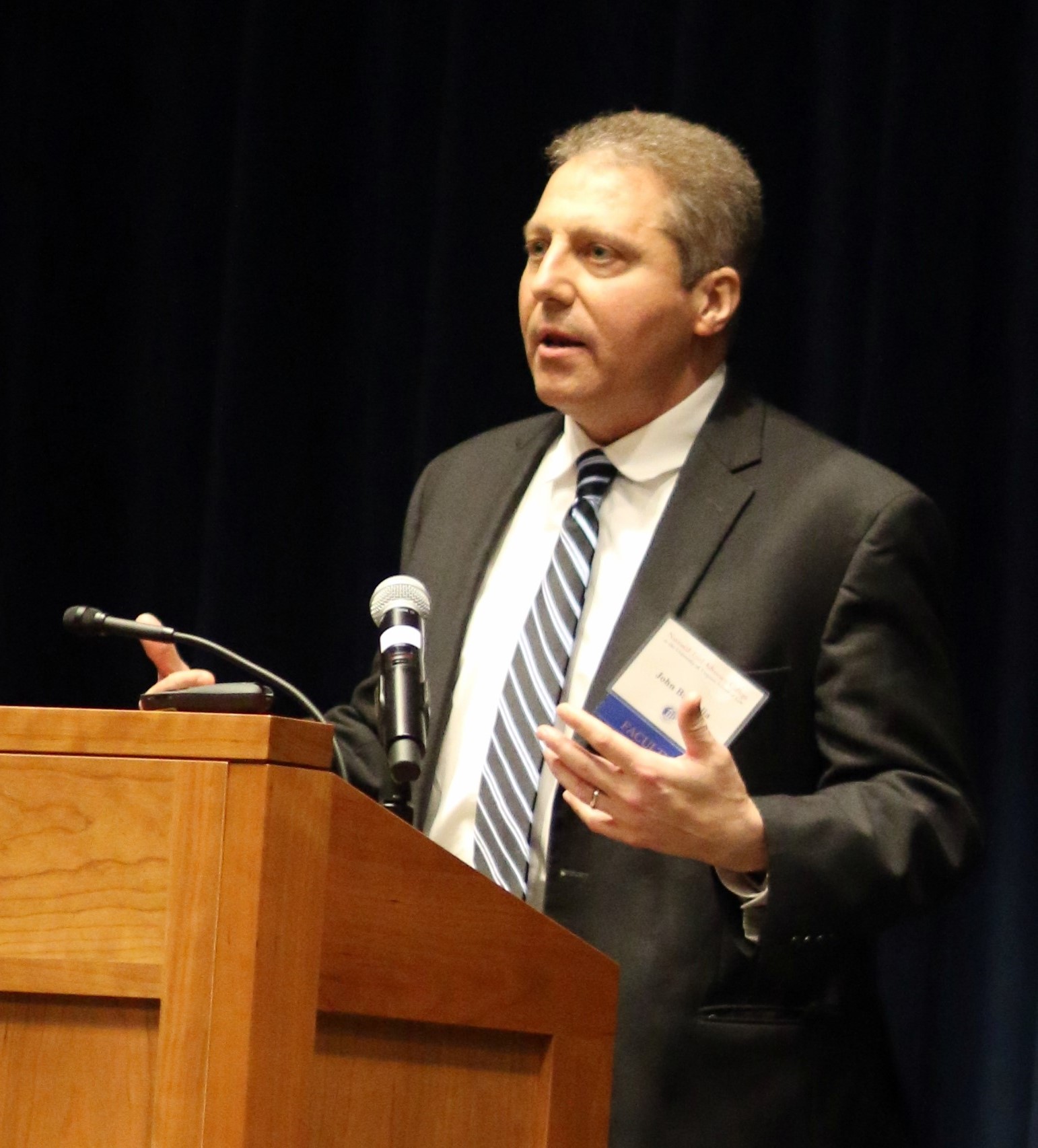 s an accomplished first-chair trial lawyer, appellate lawyer, and former US Justice Department lawyer who has successfully tried to verdict a broad array of civil and criminal cases. While the subject matter of his cases over the past 22-plus years has ranged from immigration to intellectual property, from guns, drugs, and violence to advanced electrical engineering, pharmaceuticals, and ice-hockey equipment, Mr. Battaglia’s area of particular interest and expertise is patent litigation. Mr. Battaglia has successfully argued cases before the U.S. Courts of Appeal for the Federal, Second, Sixth, Seventh, and Ninth Circuits. He argued and prevailed in In re Papst Licensing Digital Camera Patent Litig. (Fed. Cir. 2015), a case involving numerous adverse issues and the first Federal Circuit case to address the impact of the Supreme Court’s decision in Teva v. Sandoz. For that victory, the legal press dubbed Mr. Battaglia and his team a “Legal Lion.”

If you’re looking for some positive patent news from 2020, count the heightened civic awareness of our intellectual-property/innovation policies, as a result of the global pandemic, as a silver lining. But our present task is to report on the 2020 highlights from the Federal Circuit; unfortunately, it’s all downhill from here. If 2019 had Section 101 law as its defining issue, given the Federal Circuit and
Supreme Court’s slate of rulings and non-rulings, 2020 only seemed to make the Section101 exclusions even broader. The capstone was AAM, Inc. v. Neapco Holdings LLC, 966 F.3d 1347 (Fed. Cir. 2020), the Federal Circuit’s denial of en-banc consideration (again) of Section 101 rulings that, all judicial protests aside, seemed to plainly expand a reviewing court’s power under Section 101 (again). And in ways many would’ve thought unimaginable just six-to-eight years ago, when Mayo-Alice emerged from the Supreme Court with only “inventive-concept” tests ringing about. Neapco’s panel ruling in the fall of 2019 was the proverbial shot across the Section112 bow.

The Price of Paice and Complexity: Rules, Standards and Facts for Post-Judgment Royalty Consideration

The Supreme Court and Federal Circuit permit prevailing patentees to obtain a higher royalty rate for an infringer’s post-judgment infringing sales. But whatever the reason, district courts have oft-resisted, even establishing presumption-like rules that a court’s post-judgment rate will merely match the pre-judgment rate determined by the jury. While the Federal Circuit recognized the availability of post-judgment running royalties more than a decade ago, litigators addressing the issue at the trial level still have leeway to urge many of the principles that govern and can shape this process. We outline the developments in this area of law since its 2007 inception, including various open issues left for the Federal Circuit’s precedential consideration.

As detailed in Part I of this article, the recent opinion in AAM, Inc. v. Neapco Holdings, LLC, No. 18-1763 (Fed. Cir. July 31, 2020) misreads and misinterprets Supreme Court precedent as having long imposed the enablement-like requirements set forth in the AAM ruling. Similarly, the Federal Circuit cases cited by AAM do not reflect some longstanding Section 101 eligibility rule that the claim alone must show, with “specificity,” the “way” or “how to” “achieve” such an invention, beyond a mere “result.”

New Enablement-Like Requirements for 101 Eligibility: AAM v. Neapco Takes the Case Law Out of Context, and Too Far – Part I

With its recent opinion in AAM, Inc. v. Neapco Holdings, LLC, No. 18-1763 (Fed. Cir. July 31, 2020), and a 6-6 stalemate by the court’s active judges on whether to take the case en banc, the Federal Circuit has now adopted—under the rubric of 35 U.S.C. §101—a formalized set of enablement-like requirements for patent claims. For a simple “threshold” eligibility test, section 101 has grown remarkably complex. Indeed, since the Supreme Court’s 2012 Mayo and 2014 Alice decisions re-cast patent eligibility into a “two-step framework,” the Section 101 test adjudges not just subject-matter eligibility and the three “limited” exceptions thereto, but also patentability or “inventive-concept” challenges predicated on comparisons to the prior art, see 35 U.S.C. §§ 102-103. And now the enablement-type requirements imposed by AAM v. Neapco.

An Emerging Section 101 Expansion to Section 112(a) Enablement? The Federal Circuit Should Stop It Now

The most dominant, divisive issue in patent law over the last decade—Section101-eligibility and the Supreme Court’s Mayo-Alice framework—appears to have just become more divisive. Indeed, at least part of the reason for the controversy is that, with Mayo-Alice as the governing test, courts as a preliminary matter can decide Section101-eligibility based on considerations of an “inventive concept” and patentability—issues the Court once declared were “not relevant” to the separate eligibility provision of the Patent Act. Be that as it may, the Federal Circuit has recently issued certain decisions indicating that Section 101 now incorporates another vast area of invalidity; viz., the requirements for “enablement” under 35 U.S.C. §112(a). See, e.g., Customedia Technologies, LLC v. Dish Network Corp., 951 F.3d 1359, 1365-66 (Fed. Cir. March 6, 2020). In this article, we examine how this new requirement for Section 101 has emerged, the recent precedent on the issue, and the Patent Act’s requirements that undermine such Section 112(a) considerations for a Section 101-eligibilty test.

Bilski and Its Expansion of the Abstract Idea Exception: A Failure to Define

The Supreme Court’s Bilski v. Kappos decision—which celebrated its 10th birthday this past weekend—still matters, even in the age of Mayo-Alice. For one thing, the case marked the end of the patent-eligibility peace. For another, Bilski stands for the well-known principle that the “machine-or-transformation” test offers a “useful and important clue” as to whether the process claimed by a patent will qualify as patent-eligible under 35 U.S.C. §101. And at the same time, it stands for the fact that the machine-or-transformation test has been far more trivia than principle, the case law not having applied or considered that Bilski “clue” much beyond the Bilski case itself.

As we concluded in Part I of this article, the courts are being called upon in The Chamberlain Group v. Techtronic Industries, Inc to respond to an emergency situation in which they must stop the Federal Circuit’s “directed-to” version of the Mayo-Alice test from expanding into, and negating, claims in every subject imaginable. As Chamberlain urges, the patent statute, whether in Section 101 or beyond, does not limit the universe of eligible claims to those where a court can dissect its claim elements into old or “conventional” ones and those that represent the claim’s “patentable advance.” On that point, too, the Patent Act and the Supreme Court have been in unison: You can’t do that.

The case of the “garage door opener,” The Chamberlain Group v. Techtronic Industries, Inc., has received its share of attention. Rightly so. The case, after all, spotlights not only the breadth of the Supreme Court’s Mayo-Alice test for assessing patent ineligibility under 35 U.S.C. §101; but also the Federal Circuit’s particular “directed to” definition for that test and the dissection of patent claims that has followed.
And it fairly asks, in a petition to the Supreme Court, that if a claim on a garage door opener is “directed to” an “abstract idea” and thus ineligible for patent protection—is any patent, or any technology, safe from the Mayo-Alice ineligibility test? Chamberlain says no. From the outset, its petition declares that its case therefore presents a “patent emergency,” one that the Supreme Court must review to stop the Mayo-Alice test—and the Federal Circuit’s “directed-to” version of it—from expanding into, and negating, claims in every subject imaginable.