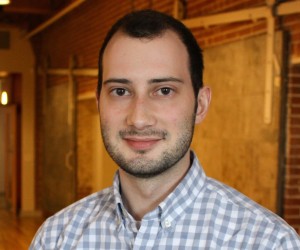 is a Legal Analyst at Juristat, a legal tech company that develops predictive models of the behavior of judges, patent examiners, attorneys, and other entities. He is a 2014 graduate of St. Louis University School of Law. A member of Juristat’s marketing team, he has written extensively about big data in the law, including Juristat’s first white paper on the effectiveness of data in patent prosecution and an e-book charting the effects of the Alice decision on the USPTO.

§ 112 Rejections: Where They Are Found and How Applicants Handle Them

In this article, we will explore both § 112(a) and § 112(b) rejections by taking a look at where they are most common, how applicants respond to them, and how successful those responses tend to be. Nothing herein should be interpreted as advice as to how a particular patent applicant should or should not respond to a § 112(a) or (b) rejection. It is instead an overview of the statistical trends surrounding these rejections and a general analysis of the most effective procedural means to overcome them.

Section 102 rejections are very common at the USPTO and you are likely to get one no matter what kind of technologies you work with. Fortunately, they are not terribly difficult to overcome, as even the least successful method of responding to them is still successful over half of the time. If you get a § 102 rejection, then an interview or an interview paired with an RCE is the best way to respond. Generally speaking, an appeal is arguably the worst way to respond, even though their success rate is not the lowest. This is because appeals have a success rate that is only 1.2 percentage points higher than RCEs. Thus, in most cases there is little reason why any applicant should appeal a § 102 rejection rather than choosing an RCE, since doing so will cost significantly more than and take longer to resolve for almost no additional benefit. Thus, in the ordinary case an appeal wouldn’t generally be the most reasonable first choice to pursue. Filing an appeal instead of an RCE should, therefore, require some kind of special factor that would lead the applicant or attorney to view it as having a strategically superior advantage.

§ 101 Rejections in the Post-Alice Era

A Pre-Appeal Brief Conference is a Winning Strategy, Even if it Probably Won’t Lead to Allowance

After several articles and webinars discussing appeals outcomes at the USPTO, we have received numerous requests for Pre-Appeal Brief Conference data to explain how advantageous the program really is for applicants. Using the vast data resources of our system and Public PAIR, we studied all appeals from January 1, 2006 (six months after the program was instituted), to the present day, including pending PBC cases. For the purposes of this article, we were chiefly concerned with the overall effect that a PBC had on the outcome of an appeal. As such, we have indicated that a PBC ended with a “decision for applicant” when the application was either allowed or prosecution was reopened following a PBC decision, regardless of whether the decision was due to the PBC decision itself or a subsequent pre-appeal brief office action. What we found was that, while few PBCs result in an allowance from the PBC decision itself, they have a net positive effect on an application’s overall appeals success. An explanation of our findings follows.

Section 103 Rejections: How Common Are They and How Should You Respond?

There are several major statutory rejections that an applicant can receive during the course of patent prosecution at the USPTO, each one corresponding to the relevant section of the Patent Act: § 101 (subject matter), § 102 (novelty), § 103 (non-obviousness), § 112(a) (specification), and§ 112(b) (definiteness). Any application can receive any one of these rejections, but some are more common than others, especially when considering technology center and the type of technology involved. For example, § 101 rejections are very common in TC 3600 due to the presence of the§ 112(a) Alice-heavy e-commerce art units, while fairly simple inventions are more likely to receive § 102 rejections. In addition to prevalence based on technology type, the type of rejection an applicant can receive can also depend upon where their application is in the prosecution process. When it comes to first final rejections, § 103 rejections are the most common.

The Most Likely Art Units for Alice Rejections