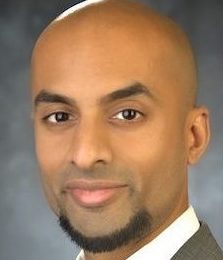 Is the Managing Director at and co-founder of IP EDGE LLC. He has more than 12 years experience in all aspects of patent management and monetization, including strategic prosecution, litigation, licensing, brokering, and portfolio management within various technological fields such as ecommerce, consumer electronics, networking, financial services, mobile communications, and automotive technologies. Mr. Bodepudi also created a patent monetization blog, InvestInIP.com, where he writes on patent reform and policy

We Have to Believe: Keeping an Open Mind on AI is Vital to the Future of Our Patent System

In response to articles on implementing AI into our patent system, and specifically to the suggestion that we should consider developing AI to replace some aspects of human decision making in the patent space, we have received a number of comments and even objections to the idea. A common objection: it is likely impossible and impractical for us to advance AI to the point where it can make reliable subjective decisions (e.g., infringement and obviousness), let alone reliably replace human decision making. At the outset, we challenge the presumption of this argument.

In response to our recent article on artificial intelligence (AI) reducing transactional costs to help determine infringement and invalidity determinations, a commenter made an interesting counterpoint, paraphrased as the following: AI provides useful tools that should be used as an aid to human thinkers, not as a replacement to human thinking. Moreover, when it comes to AI making subjective determinations, such as obviousness or novelty, we should be skeptical of relying on AI, either legally or practically. We appreciate the counterpoint and we wanted to address it in this follow-up article.

The United States has a clear need for patent reform, but does our legislature understand how to implement that reform? For decades, a shortcoming to our approach to patent reform has been misidentifying the problem as “patent trolls” (more generally, bad actors). Based on a misidentified problem, we have implemented a decades-long policy to systematically weaken patent rights, in an attempt to deter this archetypal bad actor. If we instead use economic principles to address patent reform, we would understand the root problem to our patent system—exorbitantly bloated transactional costs.

In Part I of this article, we discussed the underpinnings of U.S. patent policy today: the fundamental assumption that our patent problems stem from a bad actor (patent troll) that takes advantage of the system. Based on this ideological premise, Congress and the Judiciary have structured patent policy to prevent this bad actor from taking advantage of the system, i.e., increasing enforcement hurdles to deter the bad actor. Rather than helping, this policy has led to the systemic weakening of U.S. patent rights over the past decade+ – so much so that it has undermined the United States as a viable jurisdiction to enforce patent rights. Here in Part II, we’ll discuss how the ideology of the bad actor came to be, how a rational actor model provides a more realistic framework, and how we can use economic underpinnings of a rational actor to create an economically rooted patent policy.

Changing the Presumption: Shifting U.S. Patent Policy From a ‘Bad Actor’ to ‘Rational Actor’ Model (Part I of II)

Since the Supreme Court’s Alice decision in 2014, the Judiciary’s development of 101 law has caused such an upheaval, Congress may need to intervene. In a July 2018 joint position paper entitled “Congress Must Remedy Uncertainty in 35 U.S.C. §101 and Return Balance to the U.S. Patent System,” the American Bar Association’s IP Law section, the IP Owner’s Association, and the American Intellectual Property Law Association contended the “Supreme Court’s jurisprudence has injected significant ambiguity into the eligibility determination . . . .” and there is now “[u]ncertainty about what types of inventions qualify at the most basic level for patenting.” This ambiguity, however, may be a blessing in disguise. By creating demand for Congress’ intervention, we have an opportunity to change course from the patent policy that has resulted in this mess. But to turn a corner, Congress needs to first understand the shortcomings of its and the Judiciary’s fundamental assumptions that have created this situation. For more than a decade, both Congress and the Judiciary have approached patent policy from a foundational presumption: the inherent problem with our patent system stems from a bad actor.Under a single-minded bad actor presumption, the Judiciary and Congress have framed our patent policy to increase roadblocks for this bad actor, to prevent it from taking advantage of the system. But this presumption has spawned a policy that is contrary to economic principles, and it has systematically weakened and undermined the U.S. patent system. Even if Congress manages to fix 101 law, if it fails to correct its and the Judiciary’s foundational shortcomings regarding patent policy for the past decade+, we’re doomed to repeat mistakes of the past. If, on the other hand, we switch our patent policy principles to a rational actor model, we can begin to understand our patent system from a foundation rooted in economics. More importantly, we can use economic principles to improve our patent system.

If you innovate and invest more than $10,000 to obtain patent protection on your idea, do you trust a government-issued patent to be a valid one?  And if you believe you have a valid patent, would you trust that government’s judicial system to protect you from sanctions for believing in its validity? These underlying assumptions provide the foundation to any system. If you purchase and obtain title to a car, stock, or real estate, you expect that title to be valid. And you expect not to be penalized for believing in that title’s validity.     For patents, it’s quite the opposite. It has become so commonplace for government-issued patents to be invalidated after issuance, we hardly bat an eye. But with the development of Section 101 law, the patent system has turned down a twisted path—one that sanctions patent holders for believing their patent to be valid. In Finnavations LLC v. Payoneer, Inc., the U.S. District court for the District of Delaware unfortunately advanced our patent system down this path

Wayne Evans: One Inventor’s Battle With the Patent Troll Issue

When you see a docket report with a patent lawsuit filed by a non-practicing entity (NPE), do you think it’s just another ‘patent troll’ taking advantage of the system? Or would you be willing to consider that underlying every patent litigation is a human story of invention, which is the embodiment and manifestation of an innovator’s aspirations and sacrifices? These human stories are too often marginalized in the ‘patent troll’ debate. One such story is that of Wayne Evans. His life took him from the depths of poverty and loss to the struggles of being an entrepreneur raising a family and, ultimately, to late-in-life success as an inventor, innovator, and author.

Debunking the IPR Myth of Nominal Impact to Overall Costs

When a court stays a litigation and an IPR results in a settlement, adverse judgement invalidating all claims, or a final decision invalidating all claims, then the IPR reduces overall costs, which are the total litigation and IPR costs for both plaintiffs and defendants to resolve the dispute. But if the PTAB denies the IPR petition or allows one or more challenged claims, then the IPR fails to resolve the disputes between the parties, and any imposed stay may be lifted. In these instances, IPRs increase overall costs… A closer look reveals that IPRs have a nominal impact to reduce overall costs—just 6%.