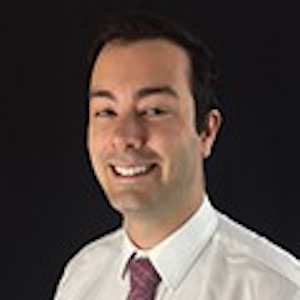 is a graduate of Niagara University where he earned a dual degree in history and political science. After graduation, Franco attended the Sherwin B. Nuland Yale Bioethics program, where he researched various topics, including how intellectual property affects global access to medicine, behavioral economics and the use of neuroscience in the courtroom. He has worked at defense and plaintiff law firms located in the Buffalo, New York area and as a legal analyst for a non-profit in Washington D.C., that advocated for the strengthening of prosecutorial ethics. Franco maintains a strong interest in ethics and intellectual property.

The year 2017 proved to be a difficult one for the territory of Puerto Rico. Even before Hurricane Maria hit in September of that year, the island was in trouble. By the end of year, the economy was predicted to shrink back to levels not seen since 2000, the average household income was a mere $19,350, one-half that of Mississippi, the poorest state in the nation. Meanwhile, the cost of living in San Juan, Puerto Rico’s capital, was 11.6% higher than in an average U.S. metropolitan area. The government was already dealing with $74 billion in bond debt and another $49 billion in unfunded pension obligations, with U.S. banks taking at least $1 billion to manage its bond sales. In the fall of 2017, after Maria hit head on as a Category 4 hurricane that caused catastrophic damage, the second blow to Puerto Rico was brewing—this time in Washington. The Republicans, being in control of the House, Senate, and the White House, drafted a tax reform bill that proposed the biggest change to the tax code in 30 years. Within that tax bill was a provision that was predicted to decimate what is left of Puerto Rico’s remaining economy. The tax bill proposed, and ultimately the President signed into law, a provision that levies a 12.5% tax on profits derived from foreign-owned intellectual property. This hits Puerto Rico in two ways. First, Puerto Rico has a complicated taxation relationship with the United States. Its citizens do not pay federal income taxes, although they do pay into Social Security. However, when it comes to taxation, the IRS considers Puerto Rico to be a foreign country. Thus, any profits derived from intellectual property in Puerto Rico would be considered foreign profits subject to the excise tax. The second problem is that Puerto Rico derives a great deal of its revenue from the manufacturing of prescription drugs, representing the very profits from intellectual property contemplated in the law. According to the U.S. Bureau of Labor Statistics, pharmaceuticals account for 72% of Puerto Rico’s 2017 exports, which was valued at $11.5 billion.

Of all of the things NFL quarterback Tom Brady has been accused of ruining over the years, the internet is not necessarily at the top of the list, and certainly not based on an alleged copyright infringement that he had no part in perpetuating. Yet, a photograph of him and Danny Ainge, the general manager of the Boston Celtics, could in fact forever change the internet and online publishing as we know it.

How Do Musical Artists Get Paid When Skaters Use Their Songs at the Olympics?

The somewhat jarring Olympics tradition of juxtaposing athleticism and grace with instrumental versions of popular songs you might hear in the grocery store came to an end in Pyeongchang. After the Sochi games in 2014, the International Skating Union (ISU) decided to shake things up (or shake it off, Taylor Swift?) and began allowing skating to music with lyrics. This is not at all surprising given the demographics of the skaters, who are much more likely to enjoy “Single Ladies” than “Clair de Lune.” Pleasing Generation Z and millennial skaters, however, was not the main goal of the rule change; rather, the ISU wanted to appeal to younger audiences who tune in to watch the Olympics and other major figure skating events.

On the ground, the New York Police Department (NYPD) deployed a team of 14 Labrador retrievers trained to detect explosives worn on the bodies of people in the crowd. This team of powerful pups added an extra layer of security to the event, which attracts more than 3.5 million spectators every year. Such a throng raises many crowd-control and terrorism concerns for its host… These super sniffers are trained using the patented “Vapor Wake” method, which enables dogs to smell body-worn bombs and other illicit substances in large crowds from as far away as the length of a football field.

Making Sense of the Nonsensical: A look at Scent Trademarks and their Complexities

Hasbro’s recent application to trademark the scent of Play-Doh is an example of how companies in the digital age market their products and protect their market share by using an complex intellectual property strategies. As more companies begin to implement nontraditional branding into their marketing strategies, they face legal uncertainties of how the law protects this form of intellectual property. Unfortunately, what qualifies as a legitimate scent mark remains opaque. This article will review the requirements of scent trademarks and discuss the complications associated with various aspects of these marks, including (1) the functionary doctrine; (2) the issue of scent subjectivity; (3) administrative and application difficulties; (4) the possibility of scent depletion; and (5) the uncertain benefits of scent trademarks.

Law & Odor: Hasbro Sniffing Out the Opportunities for Trademark Registration

The Trademark Manual of Examining Procedure (TMEP) provides some guidance on what an aroma needs to demonstrate before being registered, asserting that “the amount of evidence required to establish that a scent or fragrance functions as a mark is substantial.” To overcome the “substantial” threshold, an applicant must satisfy two conditions by establishing that the mark is (1) nonfunctional and (2) distinctive. An aroma that meets both of these requirements is eligible for registration on the Principal Register under §2(f) of the Latham Act, or on the Supplemental Register if the scent is nonfunctional but has not yet acquired distinctiveness. Hasbro is hoping that the scent of Play-Doh can be a source identifier for its modeling compound in the noses of consumers.