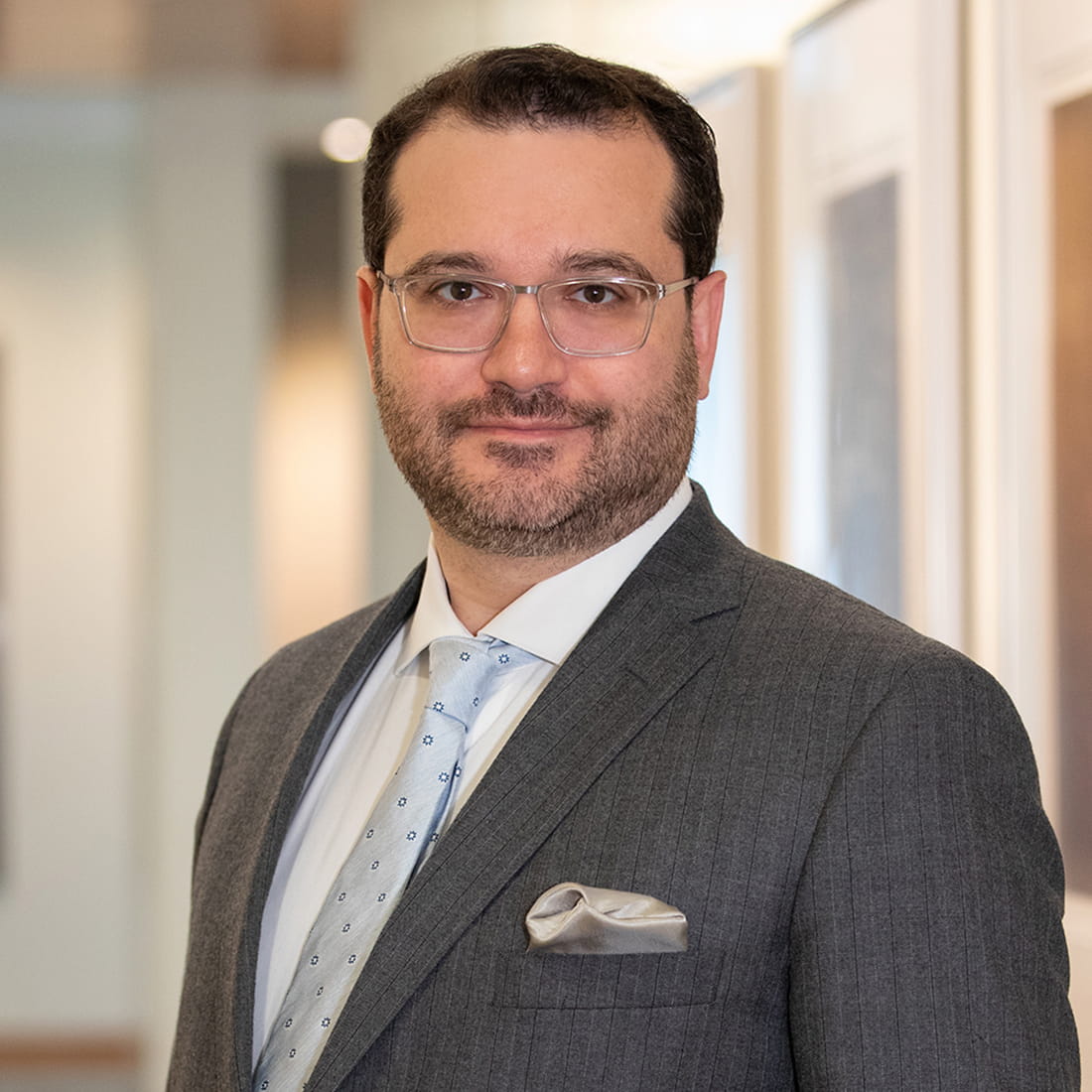 Eugene Goryunov is the IPR Team Lead and Administrative Partner of the Chicago office of Haynes and Boone, LLP and an experienced trial lawyer that represents clients in complex patent matters involving diverse technologies.

Eugene has authored a treatise titled the Trial Lawyer’s Guide to Post Grant Patent Proceedings (published by LexisNexis), chapters in books discussing U.S. patent law and litigation (published by Chambers and Global Legal Group), and is a regular contributor to various IP publications. Eugene also serves on the Editorial Board of The Patent Lawyer, as the Editor-in-Chief of the PTAB Bar Association’s Round-up of Round-ups, and lead editor of Westlaw’s “Tips and Tricks at the PTAB.”

Prior to joining Haynes and Boone, Eugene was a partner in the Chicago office of Kirkland & Ellis LLP where he was instrumental to the firm’s post-grant review practice. He filed some of the first-ever IPR petitions, served as the firm’s post-grant review trial practice knowledge manager, and co-founded the PTAB Bar Association. Before law school, Eugene worked as a software engineer for more than five years at Cardinal Health.

Discretionary Denial Under Section 325(d): Nuances of Advanced Bionics Framework for Prior Art Cited in an IDS During Prosecution

The Patent Trial and Appeal Board (PTAB) has the discretion to deny institution of an inter partes review (IPR) proceeding under 35 U.S.C. § 325(d) if “the same or substantially the same prior art or arguments previously were presented to the Office.” In Advanced Bionics, LLC v. Med-El Elektromedizinische Geräte GmbH (“Advanced Bionics”), the PTAB established a two-part framework for determining whether a PTAB panel should exercise discretion under Section 325(d). This article surveys recent PTAB decisions having the common fact that the IPR challenges rely upon prior art that is the same or substantially the same as prior art submitted in an IDS during prosecution to glean insights as to how parties and the Board are addressing Advanced Bionics in this scenario.

Terminating an IPR: File Your Settlement Agreement Without Concern—At Least For Now

Once an inter partes review (IPR) has been instituted at the Patent Trial and Appeal Board (PTAB), it will generally proceed to final written decision, unless the parties settle their dispute and agree to terminate the IPR. As a prerequisite to termination, the PTAB requires the parties to file their settlement agreement, as well as any collateral agreements, with the PTAB before an IPR will be terminated. Interestingly, 35 U.S.C. § 317(b) also provides that filed settlement agreements “shall be made available only to Federal government agencies on written request, or to any person on a showing of good cause.” This language has, understandably, caused some concern for parties about filing their settlement agreements with the PTAB. As a general matter, settlement agreements are highly confidential and could be harmful to either or both parties to the IPR if disclosed. Yet the language of Section 317(b) makes it at least facially possible for anyone to request access to these agreements without defining the circumstances under which the agreements could be disclosed.

Almost anyone can, by statute, request an inter partes review (IPR) of an issued patent, but may limit their right to do so contractually, such as through licensing agreements or non-disclosure agreements (NDAs). These agreements may contain clauses that limit the forum in which any dispute between the parties can be litigated. The Patent Trial and Appeal Board (PTAB) itself has consistently declined to enforce such forum selection clauses, finding that it lacks authority to enforce contracts between the parties, and, in any case, its jurisdiction is statutory and not limited by private agreements between the parties. However, in Nippon Shinyaku Co. v. Sarepta Therapeutics, Inc., the U.S. Court of Appeals for the Federal Circuit recently held that a petitioner was barred from bringing an IPR as a result of a contractual agreement with the patent owner.

The past few years saw a meteoric rise of artificial intelligence (AI) products, services, and applications. AI has evolved from merely a buzzword or a cool new idea to a substantively used tool in a variety of applications, including autonomous driving, natural language processing, drug development, finance and cybersecurity among others. Companies, universities, and inventors world-wide noted the importance of AI and began seeking to patent various aspects of AI technology. Until 2018, these patent applications identified a human inventor who invented a particular aspect of the AI technology. Then, Dr. Stephen Thaler filed a patent application for a food container and a light emitting device that identified an AI, known as DABUS, as an inventor.