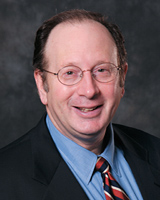 The Future of Patents and the Fork in the Road

On one road, legislation such as The Innovation Act poses threats to our patent system. This type of legislation tries to alleviate concerns about litigation costs and frivolous lawsuits. The problem is that such concerns are based on inaccurate data and flawed economic analysis. On the other road, legislation such as the ‘STRONG Patents Act may help to strengthen our patent system. The road we choose will “make all the difference” to future generations.

The Innovation Act Will Harm Income, Employment, and Economic Growth

The legal costs of the IP system should be measured against the value of intellectual capital in the U.S. economy, estimated in a study by Kevin Hassett and Robert Shapiro to equal between $8.1 trillion to $9.2 trillion… Weakening the US patent system harms economic prospects for middle income earners because it will stifle innovation, discourage patenting, reduce private investments in new technologies protected by patents, slow economic growth, increase unemployment, and harm consumers. The proposed reforms will reduce prospects for economic advancement for middle income earners because they damage entrepreneurship and small business and favor large incumbent firms over inventors and innovators.