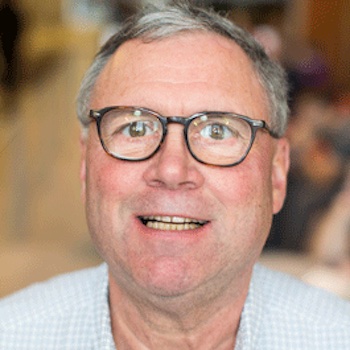 Dan Brown, Ph.D. is an award-winning designer, serial inventor, entrepreneur & full-time professor, in the Segal Design Institute at Northwestern University. A native of Chicago’s south side, Dan attended St. Xavier University, earning a bachelor’s degree in biology, with a minor in chemistry. Dan earned a master’s degree from the McCormick School of Engineering at Northwestern University in 2005, and a Ph.D. in Design from Coventry University in the UK. Over the years, Dan has received over 100 US and International Utility patents for his novel new product solutions in industry and entrepreneurially, taking many to market himself as a founder of two startups.

A recognized innovator in industry with 10 International Design Awards, Dan has also been elected to the National Academy of Inventors and appointed to the PPAC (Patent Public Advisory Committee) for a three-year term at the USPTO by the U.S. Secretary of Commerce. Dan has seen both sides of the American Dream with his American Made Bionic Wrench invention; innovation-based market success, while at the same time having to continuously fight knockoffs in the marketplace almost destroying his business. Dan believes that the best social system for our society is a good job. But job creation and the economic benefits of innovation fundamentally depend on the ability of the inventor-entrepreneurs to protect their investments through their intellectual property.  Thus, Dan has committed himself to this important cause and continues to work towards an equitable, protectable, and sustainable intellectual property system for all inventors.

Past Events with Dan Brown, Ph.D.