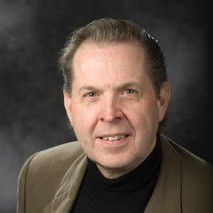 The chaotic state of the world today makes it increasingly difficult for American companies to compete. Russian hostility has the democratic world on edge, U.S. inflation is at a 40-year high and hitting consumers hard, and China continues its aggressive push for economic and technological dominance.  To stay on top, the United States must out-innovate our competitors. America needs to lead the world in cutting-edge products and new technologies, and those are made possible by policies that support the innovation economy. The Ukraine crisis makes it clear that energy and cyber policy is crucial. Recently, the U.S. Trade Representative told Congress that supporting and protecting the full range of our innovators from China’s distortive practices is critical to our nation’s future.

In 2001, six years before the iPhone appeared, a futurist named Ray Kurzweil wrote that humankind would cram 20,000 years of technological progress into the century that had just begun. There were skeptics, but today any of the world’s six billion smartphone subscribers can read his essay on their devices practically any time, any place they choose. As we move into an era of Artificial Intelligence (AI), quantum computing, and 5G telecommunications that supports Kurzweil’s vision, we must make sure that our laws and federal agencies match the pace of invention and protect innovators from trolls who would game the legal system and government functions for their ill-gained profit.

It is easy to assume startups have little at stake in a simmering patent fight between a little-known overseas company and some of the world’s largest mobile device makers, such as Samsung, Motorola, Microsoft, Dell, and Amazon, and Apple, among others. But that assumption is wrong and overlooks a remarkably successful symbiosis.