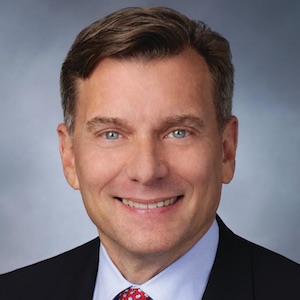 Bernard J. Knight, Jr. is a career coach and counselor, and is a licensed professional mental health counselor in Washington, D.C. He is also an expert witness available to testify and consult on matters of patent office procedure.

Bernie was a partner practicing complex patent litigation in the law firm of McDermott Will & Emery LLP from 2013-2017.  Prior to joining McDermott, Bernie served as General Counsel for the U.S. Patent and Trademark Office (USPTO) from 2010 to 2013. As General Counsel of the USPTO, he led the development and legal review of the regulations implementing the new Inter Partes review, post grant review, business method review and derivation proceedings, as well as the regulations changing the United States to a first-inventor-to-file system. Bernie previously served as Acting General Counsel of the U.S. Treasury at the height of the financial crisis. From 2001 to 2006, he was Deputy General Counsel for the USPTO. Bernie began his government career in 1991 at the Department of Justice, Tax Division, where he served for 10 years.

Bernie is experienced in handling all IP matters, including patent, trademark and copyright issues.  He has advised on intellectual property cases before the United States Supreme Court and provided oversight on patent and trademark cases before the Court of Appeals for the Federal Circuit and the district courts.

Bernie is admitted to practice in the District of Columbia, Illinois, Texas and before the Court of Appeals for the Federal Circuit.  He also has been granted recognition by the USPTO to appear as counsel in inter partes proceedings before the Patent Trial and Appeal Board.

We must communicate effectively to be helpful. If the client isn’t listening because our delivery is ineffective or off-putting, it doesn’t matter that our legal opinion was brilliant because they will not be listening. Every interaction counts. Here are 13 tips to improve client communications.

Great lawyer managers spend time to master the skills required for the job, and being a lawyer manager requires more leadership skill than legal knowledge. Great leaders know how to motivate people to achieve goals over a sustained period. This requires understanding each team member’s legal abilities and motivators… Managing a team of lawyers who are brighter and more educated on a topic than the manager can be difficult. It takes a manager with a lot of self-confidence to feel secure. Yet, the best legal managers always seek to hire lawyers who are smarter and more knowledgeable about certain topics.

Emotional Intelligence: Are You Too Smart?

When I give talks on emotional intelligence, I usually get the following question: “I have an employee who is brilliant, but I just can’t promote her.” When I ask why, I get a response that goes something like this: “She offends either management or her colleagues by blurting out the answer or stating the answer in a way that others in the room feel put down. The universal concern is that the employee or associate is not aware of this behavior and how it affects others. She often has been promoted in the past because of her intelligence. Yet, that intelligence alone is not enough to go higher up the corporate ladder or make partner.

Unconscious bias prevents law firms, corporations and Government agencies from hiring the best talent and retaining that talent.  Bias against those that are not in the majority group generally is not intentional.  We are all biased no matter our race, gender, sexual orientation or other differentiators. Thoughtful legal managers develop a strategy to help recognize the existence and minimize the effects of unconscious bias.   This requires acknowledging that it exists and then developing procedures to help minimize its effect.   The result is not only a more diverse and inclusive workforce, but one that is more productive and innovative.

How to Motivate a Legal Team to Success

Being an effective law legal group leader whether in a corporation, a law firm or the Government, requires specific skills.   Leading teams to accomplish goals under stressful circumstances requires these skills and a team commitment… An excellent leader recognizes that they rise or fall with the team.   To be successful, we all need to have the best team working with us.   When we promote people, they feel valued and appreciated.   Making people feel appreciated is the #1 motivator and its free!… The performance of the team, rather than individuals, is the most important measure.   Yet, pressures can take us away from the team approach if we don’t consciously focus on it.

The Art of Dealing with Uncertainty

Do you sometimes feel unsure of yourself when speaking to a client or making a presentation?   Anyone who answered no is not being honest.   We all feel insecure at certain times; that is human.   It is impossible to know everything or anticipate every possible question.  You can be more effective with clients and colleagues if you follow a few simple rules when dealing with situations where you are not 100% certain.

3 Questions Lawyers Should Ask Themselves Now Regarding Alcohol

Attorneys have stressful jobs and many turn to alcohol as a form of self-medication to relax.   Problem drinking is much higher for attorneys than for the public.   Attorneys with a drinking problem are more prone to malpractice complaints and ethical violations.   This article discusses why drinking by lawyers is a big concern and how you might address it.

Do you feel fatigued by the long hours, demanding clients and little sleep?   At points in our careers, many lawyers feel like they don’t have a life and that their work defines them.   This is understandable given the demands of the job and the high fees clients pay for legal services.   Yet, you must find ways to recharge and maintain your momentum for the work… Successful people stay focused and attack the challenge at hand, while enjoying family, friends and their surroundings. This is difficult to achieve if you are too tired and bored with your job. You can develop ways to supercharge your career and make certain that you are on the path to continued success and happiness for the long-term.