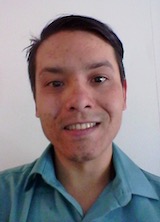 lives and writes in Buffalo, New York. His past experience includes blogging work for the now-defunct social media network Muvas.com. He studied at Buffalo State College and received his Bachelor’s in Journalism in the winter of 2016. From January to December of 2016, he has served as the online editor of The Record, Buffalo State’s student newspaper. He also completed an internship at the Western New York radio station WUFO AM during the summer of 2014 and at a CBS affiliated television station, WIVB Channel 4, during the fall semester of 2016. For two and half years he wrote for The Niagara Gazette as a freelance reporter and is now the editor of the Niagara-Wheatfield/North Tonawanda Tribune, a weekly paper published by Niagara Frontier Publications in Grand Island, NY.

While online giant Amazon has been in the news recently for asking the Federal Aviation Administration to ease restrictions for its planned drone-based delivery services, a battle is raging behind the scenes for the future of unmanned delivery vehicles. Walmart is combating the narrative of online retailers overtaking brick-and-mortar businesses by revamping its image and services. Besides using a hybrid of online shopping and manual pick-up at the store, the company is very interested in delivering its products to the customer directly—not only through traditional means, but with unmanned drone delivery couriers.

A Look at Google’s Patent Applications for Light Field Technology

Google’s U.S. patent application 20190124318—originally assigned to Lytro, an American developer of light-field cameras, before it went defunct in March 2018—was published in April 2019. Google is actively working on concepts constructing Virtual Reality (VR) and Augmented Reality (AR) and has spun out products like Daydream, ARCore, Cardboard, Jump, Tilt Brush and Blocks, all of which benefit from light field technology. CNET reported last year that a number of Lytro employees were heading to Google after Lytro folded, and that Google would likely acquire some Lytro patents as a result. Global market research and management consultation company, Global Market Insights, reports that the light field market will grow to $1.5 billion by 2024, rising from $650 million in 2017. The 2017 figures point to media and entertainment industries like gaming, theaters and amusement parks, making up 25% of the overall industry shares. The adoption of the technology in cameras is predicted to drive this growth.

On March 21, Personalized Media Communications, LLC (PMC), owner of 98 patents covering networked equipment technologies, filed patent lawsuits in the Eastern District of Texas against major tech firms Netflix, Google, and Akamai. The lawsuits claim that the defendants infringed upon intellectual property that covers a major part of the adaptive streaming capabilities for each of the three businesses. In the lawsuits, PMC is asserting claims from six patents it has earned between 2010 and 2017, each titled Signal Processing Apparatus and Methods.

Apple has increased its expenditures on research and development recently, spending $3.75 billion on R&D during Q4 2018 compared to just less than $3 billion during Q4 2017—a year-over-year increase of $750 million. One area of technology where this investment may pay off will likely be flexible screen technologies. This includes innovations in elastic substrate layers serving as the circuitry for future iPhones and the continuing development of organic light emitting diode (OLED) technologies with flexible characteristics.

Gamestatix intends to release an ERC-20 token that can be deployed on an Ethereum blockchain. Launched in 2014, this technology makes it possible for Gamestatix to pay in a cryptocurrency that could then be transferred more readily than Bitcoin. The difference between the two is that Bitcoin is only a currency while Ethereum is an application platform through which companies can build new programs. Both use blockchaining technology, but Ethereum’s allows for complex applications in a “smart contract” which can automate certain operations.

The unusual direction of innovative developments in the field of fintech is underscored by U.S. Patent No. 9953350, called Augmented Reality View of Product Instructions, which was issued to PayPal in late April. This patent protects a method by which an augmented reality view of an identified object is generated to include promotional material, recommendations, location to purchase the product and product instructions from a database correlated with the object. This technology enables the user’s ability to access information related to a product by creating an augmented reality in which users may be able to see product and service reviews and listings associated with buyers and sellers, recommendations, and product tutorials.

A statement published on the official website of Ford Motor Company (NYSE:F) indicates that the company expects to have a fully autonomous car in commercial operation by 2021. Ford believes that it will be able, by that time, to produce a vehicle which meets Level 4 automation as standardized by the engineering association SAE International. Last October, Ford CEO Jim Hackett announced that Ford will bring autonomous vehicles to a test market this year. One of the strategies the company will pursue is partnering with other companies to help bring the technology into the market, such as autonomous Domino’s pizza delivery services in Miami where the company will test how consumers interact with autonomous delivery services. Ford is investing $ 1 billion into vehicle artificial intelligence firm Argo AI to develop systems that give Ford vehicles the ability to transverse an urban environment like Miami.

On January 19th, Facebook CEO and founder Mark Zuckerberg announced that his company would increase its efforts against “fake news” by asking its users to rate the trustworthiness of news sources being posted to the social media platform. Zuckerberg wrote that Facebook will utilize ongoing quality surveys to ask users if they are familiar with a particular news source. Using this data, Facebook will then rate each publication based on the user ratings and prioritize those that are most trusted to surface on news feeds. “There’s too much sensationalism, misinformation and polarization in the world today,” Zuckerberg wrote. “Social media enables people to spread information faster than ever before, and if we don’t specifically tackle these problems, then we end up amplifying them.”