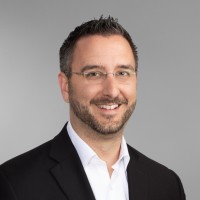 For more information or to contact Ben, please visit his Firm Profile Page.

The Impact of COVID-19 on IP Contracts

The global coronavirus (COVID-19) pandemic is disrupting industry on an enormous scale, and its effects are likely to be significant and long-lasting. In response to shelter-in-place orders around the country, businesses are closing, sales of “non-essential” goods and services are declining, and many parties find themselves unable to meet their contractual obligations to business partners or incapable of receiving the benefit of contracted-for goods or services. Such businesses are turning to their contracts in search of provisions that might excuse breaches of contract under these circumstances. These contracts can include IP licenses. These licenses often contain agreements with sales minimums or royalty agreements that may be difficult, if not impossible, to meet during this time of interrupted business and sales. Licensees and licensors both have options under common licenses to either enforce, or excuse, provisions due to COVID-19.

Net Neutrality: How Recent Developments Could Affect Content Companies and Other IP-Intensive Businesses

Net neutrality provides that all ISPs should provide equal access to content, at an equal speed, without discrimination against particular sources, thereby preventing broadband providers from blocking, slowing down or charging money for specific content. Proponents of net neutrality point out the importance of equal access to consumers on the internet for companies creating content and intellectual property on the internet, while opponents view FCC regulations as overreaching and unnecessary. Whether through national legislation, a change in FCC position or state laws and the accompanying lawsuits, the debate regarding net neutrality is not over yet and the year ahead will likely hold many new developments.

News coverage abounds about the latest breakthroughs in facial recognition technology. But, while this technology is an amazing technical achievement, it is not without potential drawbacks to privacy for those unwittingly subject to facial recognition in public. This includes the recent emergence of facial recognition technology paired with the large amounts of data available on the internet and social media through the scraping of images from numerous internet sources to provide an unusually powerful tool for uncovering the identity – including name, address and interests – of an individual through the use of just a single photograph. In response to these burgeoning technological advances in the field, cities and states have begun developing an array of legal approaches to regulate facial recognition technology, some scrambling to limit or prohibit its use, others enthusiastically embracing it. In this patchwork legal landscape, it can be challenging to know where and when the technology can be used – and for what purposes.

If you are a patent owner asserting and licensing your patent, chances are you want to avoid an America Invents Act (AIA) proceeding, whether that proceeding is an Inter Partes Review (IPR), Post Grant Review (PGR) or Covered Business Method Review (CBM). This is separate from any belief about the fairness of the proceedings or about whether you believe your patent would survive; simply because of the added cost, it is likely that you do not want to be involved in one. All that said, the question is whether you can avoid it. The answer to that is “sometimes, yes.” No patent owner can be immune from AIA proceedings in the absolute. You cannot stop all routes of attack on your patent, but there is a chance that you can limit your exposure.

On November 27, briefing concluded at the Supreme Court with the filing of Fossil’s respondent’s brief in Romag Fasteners, Inc., v. Fossil, Inc., et al. The final briefing sets the stage for the Court to hear the case on January 14, 2020. The Court will hopefully resolve a current Circuit split on the availability of disgorgement of profits as damages for trademark infringement. Currently, the First, Second, Eighth, Ninth, Tenth and D.C. Circuits all require willful infringement before allowing disgorgement of an infringer’s profits (the First Circuit requires willfulness if the parties are not direct competitors and there is also some disagreement on where the Eighth Circuit falls on the issue). The Third, Fourth, Fifth, Sixth, Seventh and Eleventh Circuits all allow for disgorgement of profits without willful infringement. There has been a Circuit split for some time on this issue and the Supreme Court previously denied certiorari on similar cases but the Court is now set to resolve the split.