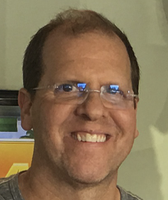 has worked in the media advertising industry since 1988. He has worked as a media buyer, a media seller and he is currently an ad tech entrepreneur and inventor of IPC Pricing. He lives in NYC with his wife Cynthia and his four-year-old son Bodhi. He can be reached at [email protected]

The Only Thing the America Invents Act Can’t Take from Me: My Story

A flash of genius hits like lightning. It shocks you into a superior state of understanding and your entire body buzzes. My flash struck in the summer of 2000, while I was asleep. Then, a New York Times article came out in October 2006 with a picture of the 20-something wunderkind who apparently “experienced an epiphany…an idea that would be worth billions and billions of dollars.”  Standing next to him was my former boss who thought my invention was “brilliant.”

From the time my patent was granted to the time it expires, a company that stole my invention from my hands will have generated over $1 trillion dollars using it. When faced with a patent infringement lawsuit, they weaponized the America Invents Act (AIA), which they lobbied into law, and the Patent Trial and Appeal Board (PTAB) validated their theft.