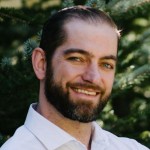 is a technology enthusiast and digital marketing adviser based in the San Francisco Bay Area. A graduate of U.C. Berkeley in 2003, Andrew now lives in San Mateo, California with his wife and young son. Follow him on Twitter at @kickstartsearch

AI-Driven Innovation: Can & Should it Be Regulated?

Historically, legal decisions have dismissed the notion of a machine or autonomous program being the inventor. In fact, as a recent contribution to Lexology states, “Congress has stated that the Patent Act is intended to ‘include anything under the sun that is made by man.’” However, with the increasing use of AI to augment the pace and scope of innovation, questions arise as to who owns the invention and subsequent IP rights in cases where AI is involved… However, as a new and emerging technology, artificial intelligence is a hot topic of discussion and calls for greater oversight and regulation of the technology are growing louder. Going beyond liability and public safety concerns, some pundits suggest that if legislators don’t act quickly, AI could lead to the most dramatic erosion of IP that the modern era has seen thus far.

How to Protect Intellectual Property in the Interviewing Process

During the recruiting process and job interviews, open dialogues and an exchange of ideas take place between the job applicant and the company. However, when intellectual property is involved, both employers and applicants must walk a fine line between building trust versus over-disclosure. Here are some guidelines every prospective employee and employer should know about intellectual property and the interviewing process.

3D printed human organs are coming increasingly close to being a reality according to several reports. In addition to potentially saving thousands of lives every year, this ground-breaking technology raises issues related to patent law that cannot be ignored. Are human organs and/or tissues that are created through 3D printing process that use naturally-occurring cells eligible for patenting? Or are such organs and tissues considered to be products of nature and therefore ineligible for patenting? The America Invents Act (AIA) creates serious questions, as do some recent Supreme Court ruling on patent eligibility.