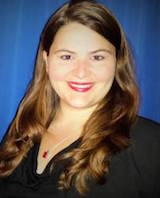 is admitted to practice law in Illinois state and federal court. She has an LL.M. in Intellectual Property Law with a focus in trademarks, copyrights, and internet security issues. In addition to brand management and protection, she understands the value of helping others and being part of a team sharing similar goals and principles. In her spare time, Amanda runs the blog Pop IP Law and can be contacted at [email protected].

Three-time Oscar nominee Frank Darabont (The Green Mile; The Shawshank Redemption) brought the The Walking Dead TV show to life. He wrote, directed, and produced the pilot episode, and served as the showrunner and executive producer (often-synonymous positions) for its smash-hit first season. It was surprising then, when AMC suddenly fired Darabont while Season 2 was in production, and after sending him to promote the series at Comic-Con. Darabont sued in New York State Court in December of 2013, and recently amended his complaint to include the lack of accreditation and profits allegedly owed him from AMC’s “companion series,” Fear the Walking Dead.

Comic-Con Considerations: Cosplay, the Right of Publicity, and Copyright Concerns

For as much as Comic-Con is about comics, TV, and upcoming movies, it’s not hard to see that a large portion of its allure for fans is cosplay. Cosplay consists of fans who create and wear costumes and outfits based on their favorite characters in media, spanning all forms of entertainment but most notably, video games, comics, movies, and TV shows. Even though cosplay is about the characters, there are still normal people behind the armor (for a given value of normal), and these people all have their own right of publicity.