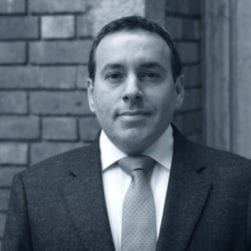 Alexander Agudelo is a partner with Olarte Moure. He obtained a B.Sc. in Pharmaceutical Chemistry from the Universidad Nacional de Colombia (Bogotá, Colombia) in 2000. He later received a M.Sc. degree in Pharmaceutical Sciences from the Université de Montréal (Montréal, Canada) in 2006. In 2015, Alexander received his law degree (Bogotá, Colombia).

His professional practice focuses on patent prosecution and litigation. He actively participates in the drafting of patents and opinions on patent validity, infringement and FTOs. The combination of his technical and legal expertise clearly distinguishes Alex from most other patent practitioners in Colombia and Latin America.

Alexander has been consistently invited since 2010 by WIPO as a patent expert to participate in international training courses, and also as professor in Colombian universities in intellectual property topics.

From SEPs to Discovery, Colombia is Getting More Patent Friendly

Latin American countries are not usually seen as a first line option when building a strategy to deploy global litigation campaigns to enforce patent rights. However, in 2022, developments in Colombian law highlighted it as a country with administrative and judicial systems that favor patent rights and provide for effective assertion of local patent assets.