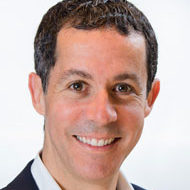 Aaric Eisenstein is Vice President of PMC. Mr. Eisenstein focuses on patent strategy and licensing. Mr. Eisenstein, who joined the company in 2012, has extensive experience in early-stage companies. Most recently, he founded Publishing Revenues, a sales and marketing consultancy for high-profile authors and media figures. Other technology experience includes positions with LibreDigital and Stratfor, where he was SVP of Publishing and Chief Innovation Officer. Mr. Eisenstein received his BA in Political Economy from Williams College and an MBA from the University of Texas at Austin.

The US Patent Office – of which the PTAB is a part – issues patents.  That’s why it exists.  So if the PTAB finds an error in a granted patent, fix it.  Maybe that fix renders the patent so narrow it’s worthless in the market.  If so, that’s the applicant’s issue.  The point is that all the components of the Patent Office should be resources for inventors, not adversaries, working to issue valid patents.  As Director Iancu says, “It is a new day at the PTAB! All these enhancements advance Dir. Iancu’s underlying theme, forcefully emphasized at numerous venues over the last months:  Cherish our patent system’s enabling capabilities, and as necessary, propose narrowly-tailored solutions that address actual shortcomings.  In other words, ex ante, would anyone have seriously proposed the Alice decision as the most surgical way to deal with abusive demand letters sent to coffee shops?

87.2% of patents in the study, per the table, were subjected to just 1 or 2 IPR petitions – so gang tackling is no big deal. But make this simple observation: If a patent is killed in its first IPR, it can’t possibly be considered for a second one. The USPTO keeps their denominator fixed (and too large), which artificially lessens the reported percentage of patents which have large numbers of petitions filed against them. The calculation shouldn’t be 55/4,376 = 1.3% because by the time a patent faces its 7th(!) IPR petition, the universe of eligible-for-challenge patents is much smaller than during the first petition.

The Message USPTO Director Iancu Should Deliver to the Office

Envisioning what Director Iancu should say to his Patent Office team on his first day in office… People have been asking me about my new job: Are we going to be advocates for a “strong” patent system or a “weak” one? Are we in favor of “good” patents and opposed to “bad” ones? I answer that those questions have no place in this Office. Our ideal is to issue every valid patent applied for – and not a single invalid one. Are we going to make some mistakes along the way? Of course we will. Every government agency does – and their work isn’t nearly as complex as ours!

What’s abundantly clear – and disastrous for both the patent system and the public – is that the PTAB’s Kafkaesque rules for complaining about anything outside of what an expert stated in a submitted declaration, including allegations of judicial misconduct, is undermining the public’s already marginal confidence in the entire IPR process. Even Franz Kafka himself would be bewildered by a process which requires one to seek permission to complain – from the very body about whom a litigant is complaining.

PTAB Chief Judge Ruschke Must be Beyond Reproach

I was dismayed recently when I received my invitation from Unified Patents to their conference where the keynote speaker was David Ruschke, Chief Judge for the Patent Trial and Appeal Board. In what world would a Chief Judge be so blinkered that he’d think it a good idea to speak at such a conference? Judge Ruschke surely should have realized that Unified Patents makes money exclusively by arguing in front of Judge Ruschke’s team. Unlike other conference hosts, Unified Patents operates exclusively in front of the PTAB and solicits members on that basis.

The next several weeks will see much wringing of hands and gnashing of teeth about Allergan’s transaction with the Saint Regis Mohawk Tribe. Our point is not to engage in futile “what about-ism…” but rather to illustrate how the PTAB is inherently subject to gamesmanship — from all directions — that destroys systemic credibility, which is undeniably bad for all parties, not just the one whose ox got gored today. As an administrative tribunal, the PTAB isn’t limited to resolving actual “cases or controversies” between parties like Article III courts are. The gates are open to all comers, and so are the unintended consequences.