“The FTC rule does not just copy California. It seems to go out of its way to introduce more uncertainty, burden and risk for industry.”

“He is led by an invisible hand to promote an end which was no part of his intention.” 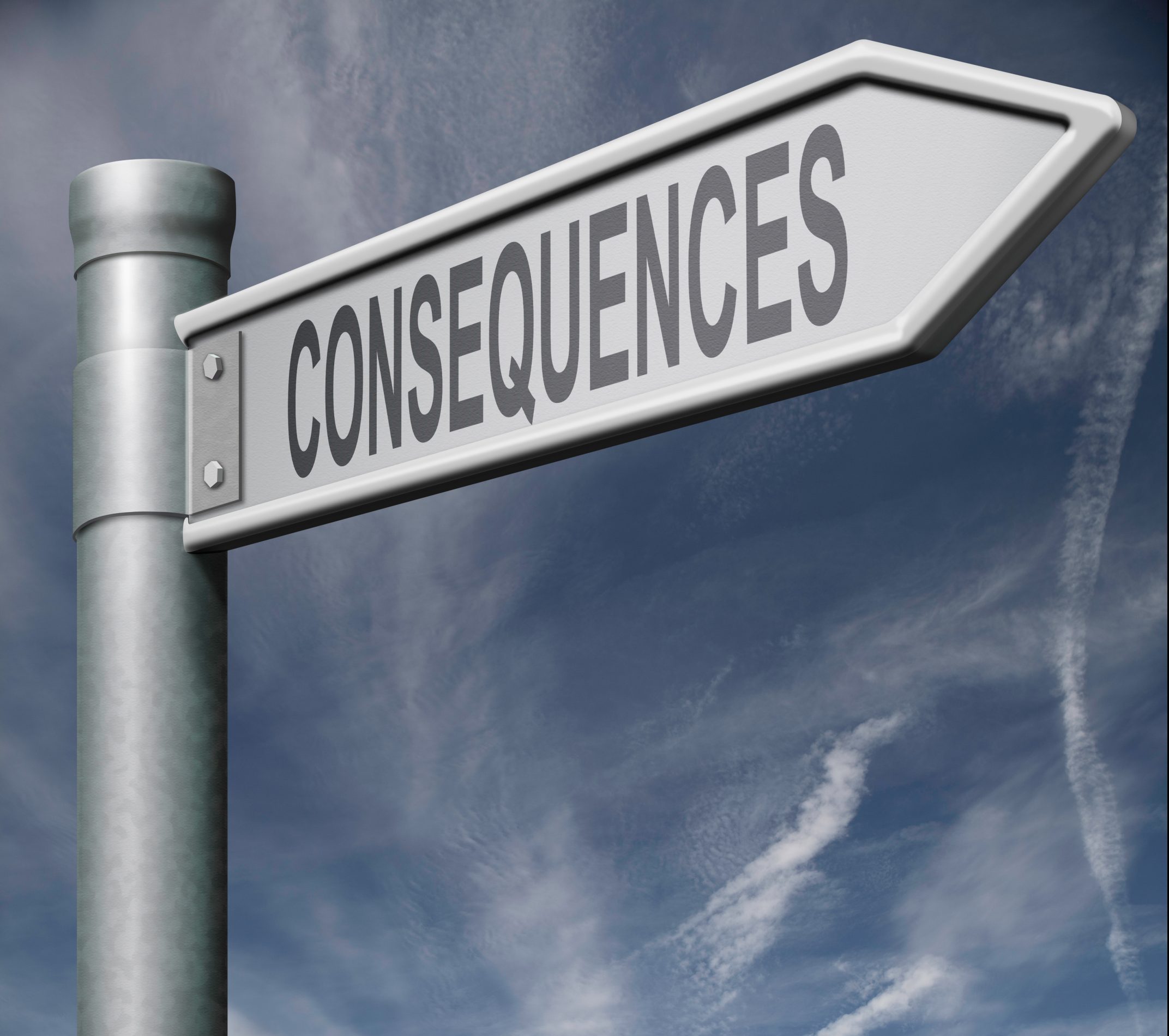 When Adam Smith spoke about an “invisible hand,” he was talking about a good thing – the way that free markets harness the laws of competition, supply and demand and self-interest to improve the economy. But he also could have been thinking of another law. The law of unintended consequences: that actions of people, and especially of governments, always have unanticipated effects. Sometimes these effects can be perverse, reflecting a profound failure of “second-order thinking” (in other words, thinking ahead about “how could this possibly go wrong?”).

On January 5, 2023 – a day that may go down in IP infamy – we saw two bold actions. First, the “Protecting American IP Act” became law; and second, the Federal Trade Commission (FTC) proposed a new rule that would invalidate noncompete agreements across the United States. But wait, you might say, that actually sounds great! What’s the problem with protecting American IP, and making the rest of the country join California in unleashing talent to go where it likes? Well, don’t be too hasty. Stay with me on this, and you will see just how shortsighted our government can be.

First, let’s look at the legislation. The generic name is S.1294, and it requires the President to impose sanctions on foreign entities or persons involved in “significant” theft of U.S.-owned trade secrets, as well as others who support them. The new law calls for the President to report to Congress in July (and annually thereafter) identifying “foreign persons” who have “knowingly engaged in, or benefited from, significant theft” of trade secrets, if the activity is “likely to result in . . . a significant threat to the national security, foreign policy, or economic health” of the U.S. The report must also name foreign persons who provide “significant” financial or technical support to, or act on behalf of, the direct offender, including an entity’s CEO and board members. We are given no definition of what the oft-repeated word “significant” means, although possibilities range from “non-trivial” to “considerable” to “large.”

Having identified all these foreign actors and supporters, the President is required – unless he files a written waiver justified by the national interest – to impose “5 or more” from a list of sanctions, including (1) blocking property transactions, (2) placing on the “entity list,” (3) denying financial assistance or access, (4) disqualification from selling goods or services to the U.S., and (5) banning U.S. sources of investment. Individuals can be denied visas or have their existing visas revoked. Notably, there is no avenue for appeal to any court for relief from the President’s determination.

If this law sounds vaguely familiar, then congratulations, you’ve been paying attention! In June 2021, we published an article about the rush to “decouple” the United States from China. It included several examples of pending bills at the federal and state level that I mocked for their obvious ineffectiveness. One of them was an earlier version of S.1294. Back then, I thought it was silly to think that legislation requiring the President to choose “5 or more” sanctions, like picking dishes from a menu, could actually become law. How naïve I was!

One thing hasn’t changed, however; it should be apparent that this statute won’t really deter trade secret theft. We already have a law, the Economic Espionage Act, that provides up to 15 years in federal prison and $10 million in fines (plus restitution). Trade sanctions don’t amount to much if you’re ready to risk going to jail.

But hold on, you might say—even if S.1292 is ineffective, at least it can’t do any harm, right? Well, that’s where the law of unintended consequences comes into play. I will pause here for a brief digression into how that law has come to be known as the “cobra effect.” During colonial times, the British governor of Delhi was concerned about an infestation of cobras. So he offered a generous bounty on cobra skins, assuming this would reduce their numbers. Instead, people saw a business opportunity and started breeding thousands of the snakes just to kill them and cash in. Horrified, the governor rescinded the bounty, and so guess what? All those breeding farms released their stock, which slithered into the city.

Here, the statute makes no exception for “foreign” entities that are actually subsidiaries of U.S. companies, so we may end up with sanctions applied to U.S. assets. But the bigger worry is that this law, which provides no incremental benefit, becomes inspiration for copycat legislation in other countries. We would hardly be in a position to complain about China arresting U.S. executives (or impounding data belonging to their companies) based only on a government “finding” made without due process.

Okay, let’s hope that remains just a scary risk that never comes to pass. Now we will turn to the other unwelcome news from Washington, the FTC’s new proposed rule that would ban noncompete agreements. Noncompetes are also something we’ve examined before, when the White House asked the FTC to perform a study, following public outrage over contracts being foisted on summer camp counselors and sandwich makers.

Here’s the background: noncompete agreements are (mostly) not allowed in California, while almost all other states permit them under a strict “reasonableness” filter that limits their time, subject matter and geographic coverage. Businesses like them because it’s hard to know when secrets are being used by a departed employee, and trade secret litigation is expensive and unpredictable, for both sides. To address the worst abuses, individual states have considered specific fixes. According to Russell Beck’s scorecard, 11 states have enacted laws that prohibit noncompetes for low-wage employees, and many other states are currently considering similar legislation.

The FTC rule would immediately wipe out all that state-level activity, based on its conclusion that all noncompetes are “unfair,” and that outlawing them would, according to economists, result in higher wages. The FTC justifies much of its logic and confidence on California’s experience; but the causal connection between that state’s restriction of noncompetes and the success of Silicon Valley has never been proven. One thing we are sure of: California leads the nation in trade secret litigation. That should come as no surprise, since its businesses have no other tool to protect their confidential information. It’s fair to question whether a surge in lawsuits in the rest of the country would be acceptable, or whether that outcome was even considered at the FTC.

But the FTC rule does not just copy California. It seems to go out of its way to introduce more uncertainty, burden and risk for industry. For example, consider that California permits noncompetes for someone who sells their interest in a business. This is sensible, because no one would buy a business if they couldn’t be assured that the seller would not open a shop down the street. But the FTC would only allow this “goodwill” exception for a “substantial” owner, which it defines as holding at least 25% of the company. Think about that. Any business with more than four equal shareholders would be unable to guarantee the buyer protection for goodwill, even if everyone agreed that it was necessary. What would that do to the potential liquidity of businesses, not just on Wall Street, but also on Main Street? Did anyone try to add up how many deals would never get done, or the reduced price for sellers not allowed to protect the sale with a noncompete?

And there’s more. The term “noncompete clause” is defined by the FTC to include any nondisclosure agreement that “is written so broadly that it effectively precludes the worker from working in the same field.” Employee nondisclosure agreements are widely used across most industries because they make it possible to share confidential information and trust that it won’t leave in the heads of departing staff. And because no one knows at the outset exactly what that shared information will be, the agreements must be drafted broadly. How many of them will be challenged as “de facto” noncompete contracts? The uncertainty and cost – including years of litigation – that this would impose is impossible to calculate, but it would be – ahem – “significant.”

Well, at least there will be a transition, right? Wrong! In fact, the FTC’s rule would not only take effect on day one, but it would be retroactive, requiring employers to give “individualized” written notice that the contract clauses have been “rescinded.” And the notice has to go not just to current “workers” (a term that includes independent contractors), but all past workers at their last address.

The ability of the United States to remain competitive in global markets requires that it enable and encourage innovation. Businesses today rely largely on information assets, but to commercialize those assets, companies have to provide confidential access to hundreds or thousands of employees with the assurance of a robust set of laws to protect trade secrets. For decades, the United States has been promoting that framework to the rest of the world. Now, the federal government seems blind to the ultimate consequences of what seems to some people like a great idea. Watch out for the snakes.