“While at first glance the roster for each panel seems generally balanced, it is worth noting that at least six of the speakers over the course of the day represented entities funded by John and Laura Arnold, a Texas billionaire couple who have been active in sponsoring efforts around drug pricing legislation.” 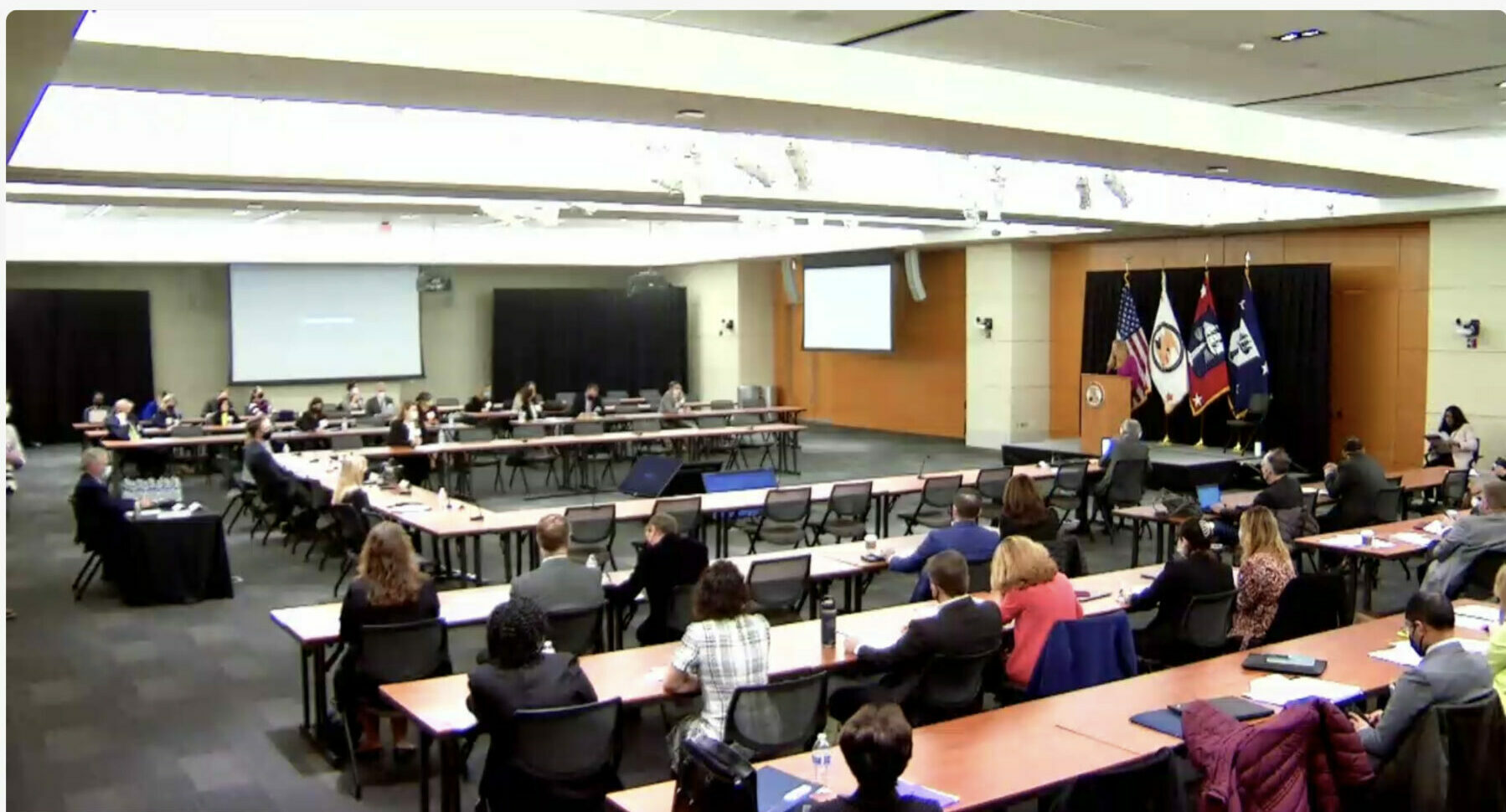 The U.S. Patent and Trademark Office (USPTO) and the Food and Drug Administration (FDA) today jointly held an all-day listening session featuring speakers from patient advocacy and industry groups, academia, and brand and generic pharmaceutical companies who weighed in on the relationship between patents and affordable access to medicines.

The session was announced via a Federal Register Notice and request for comments on the subject, published on November 7, 2022, stemming from a joint July 2022 announcement that the two agencies plan to execute a number of initiatives aimed at lowering drug prices, as directed in July 2021 by President Joe Biden’s “Executive Order on Promoting Competition in the American Economy.”

The July 2022 blog post, jointly authored by USPTO Director Kathi Vidal and Food and Drug Administration (FDA) Commissioner Robert M. Califf, explained that the agencies had “completed an exchange of letters outlining numerous initiatives to execute on the President’s agenda. These initiatives will strengthen our relationship and expand the resources available for assessing patentability and addressing instances of patents being used improperly to delay competition.”

The collaboration efforts have been met with skepticism by industry and concerns about the ability of companies to comply with some of the obligations proposed by the USPTO thus far. For example, in late July, 2022, the USPTO issued a Federal Register Notice reiterating that “providing material information to other Government agencies, including the FDA, while simultaneously withholding the same information from the USPTO undermines both the intent and spirit of the duty of disclosure and violates those duties.” 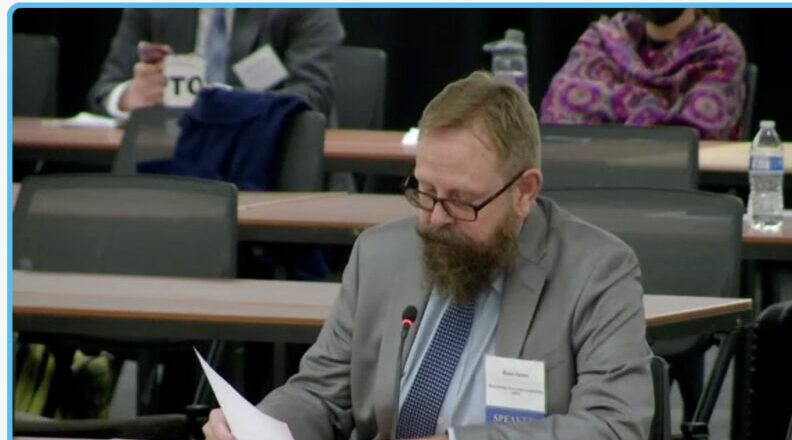 The FRN clarified that “activities or documents associated with market testing, marketing, or commercialization by the patent applicant can also be material to patentability, and therefore, when material, should be disclosed to the USPTO.” The FRN also cited Belcher Pharmaceuticals v. Hospira and Bruno Independent Living v. Acorn Mobility as examples of cases in which applicants failed to make consistent statements to both agencies.

However, Hans Sauer of the Biotechnology Innovation Organization (BIO) told a panel of USPTO and FDA representatives at today’s listening session that these two examples have decades between them and are hardly representative of an epidemic. “[T]he PTO only points to two cases: a 30 year-old case of a 510(k) medical device applicant and a more recent case of a 505(b)(2) new drug applicant,” Sauer’s written comments explain. “In each instance, the applicant relied for FDA approval on prior art predicate devices or reference drugs that had been withheld from the PTO. These are hardly typical scenarios in the innovator biopharmaceutical industry, and a thin reed for instituting systemic policy change.”

Imposing obligations that result in “witch-hunts for seemingly inconsistent statements” could result in significant burdens on applicants and examiners, Sauer noted. “Sorting through all of the FDA submitted materials would put an enormous burden on agency staff and applicants, causing much delay while unlikely to provide new or additional information relevant to patentability.”

Furthermore, the data driving some of the claims made with respect to issues such as “patent thickets” and continuation practice, for example, has been called out as flawed. Some of that data has been provided by one organization in particular, the Initiative for Medicines, Access & Knowledge (I-MAK), whose Co-Founder and Co-Executive Director, Tahir Amin, spoke at today’s event.

Amin’s testimony focused on FDA guidance with respect to polymorphic forms. I-MAK’s position is that companies are using the FDA’s Investigational New Drug (IND) mechanism to stretch out patent protection. “In essence, companies are being allowed to protect the polymorphic data they provide to the FDA as a trade secret until they decide to file the relevant polymorph patent(s ) for the purpose of meeting the listing requirements on the U.S FDA Orange Book as required under Hatch Waxman or simply for defensive litigation purposes to block competitors finding alternative polymorphs that would enable them to work around the patented form,” said Amin.

I-MAK made three recommendations in its submission to avoid this practice, most of which Amin acknowledged in the Q&A from the panel would require legislative or regulatory changes to implement. 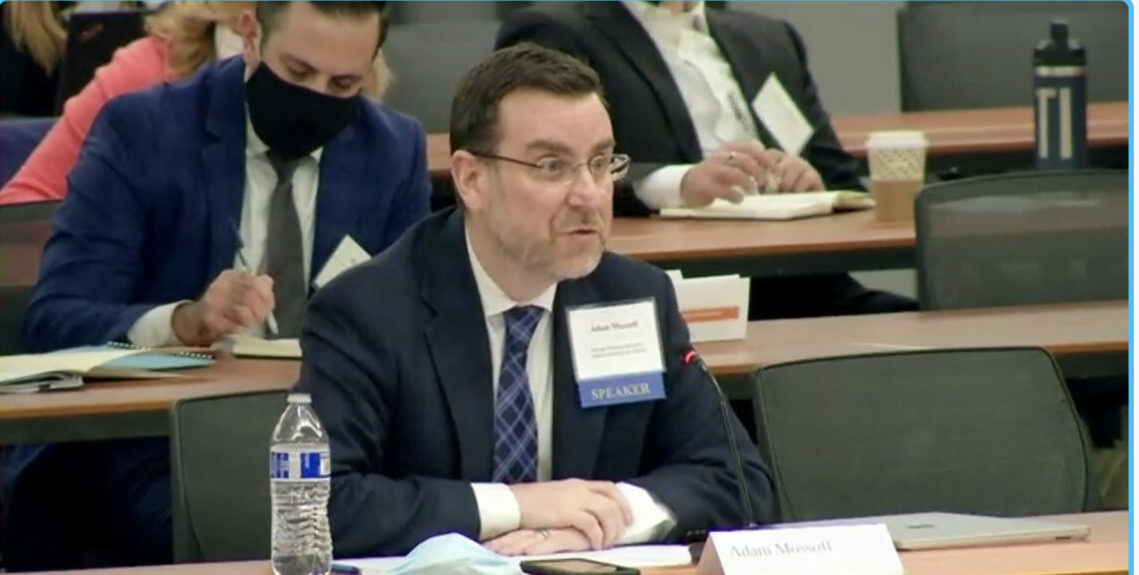 Professor Adam Mossoff of George Mason University, Antonin Scalia Law School, spoke on the same panel as Amin and urged the USPTO and FDA to focus on the evidence before making any sweeping changes. Mossoff has been vocally critical of I-MAK and authored a Policy Memo last year that called the organization’s data into question and later prompted letters from Senator Thom Tillis (R-NC) asking Amin/I-MAK, the USPTO and FDA for more information on how the data was derived and how it’s being used.

Mossoff reiterated in his statement at the listening session that I-MAK is relying on pending and abandoned applications in its count of patents covering individual drugs, which greatly skews the data. He told the USPTO and FDA panelists that he hopes they will put the evidentiary burden for proving systemic problems on those proposing systemic changes and that they will remember the data driving the debate is rife with serious questions about its veracity.

A Problem of Perspective?

IPWatchdog sources also expressed some concern about the USPTO’s lineup of panelists. While at first glance the roster for each panel seems generally balanced, it is worth noting that at least six of the speakers over the course of the day represented entities funded by John and Laura Arnold, a Texas billionaire couple who have been active in sponsoring efforts around drug pricing legislation. T1 International, I-MAK, Generation Patient and Patients for Affordable Drugs are all backed by Arnold Ventures, and collectively had six speaking spots throughout the session, with T1I featured on three separate panels. This begs the question whether the event truly represented a diverse array of patient perspectives, or just the same perspective and talking points parroted by six different people.

The listening session opened with comments from patients dealing with chronic illnesses such as multiple sclerosis and ulcerative colitis, who pushed for patients to have more direct access and communication with the USPTO. 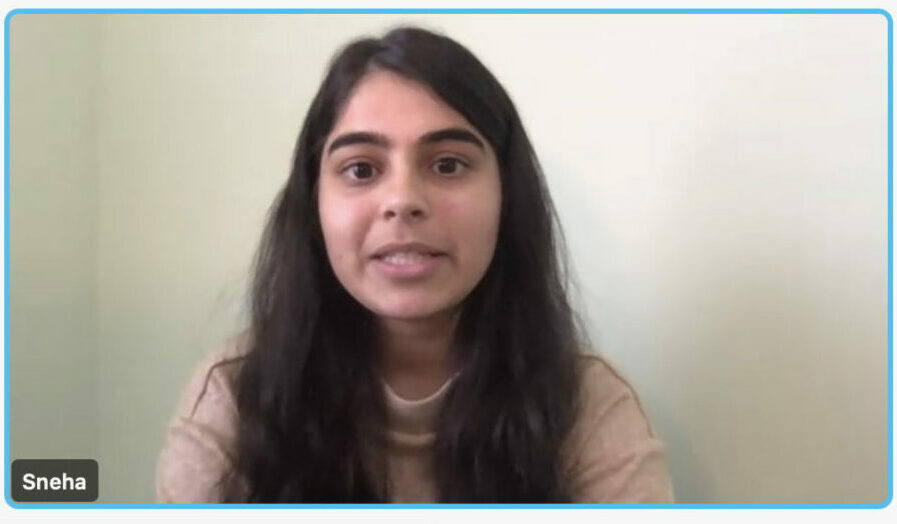 Sneha Dave, who founded Generation Patient, is a 24-year old living with a severe form of ulcerative colitis who urged the USPTO to engage patient stakeholders. She advocated for creating a patient advisory committee at the USPTO—a suggestion proposed by several other patient panelists—and said that members of such a committee must also be compensated for their time. She also urged against granting patents on minor changes to an invention and said that younger patients are particularly affected by prolonged patents. “When the patent system is misused, our demographic is disproportionately affected,” Dave said. “We have a lifetime ahead of us.”

Today’s event also featured opening remarks by Kathi Vidal, closing remarks by USPTO Deputy Director Derrick Brent and panels on “Patenting practices in the pharmaceutical sector” and “Patent term extension and patent use codes.” Vidal said the Office would take the input received today “to create a positive impact on accessibility to life-saving and altering medicines.”

You can read all of the testimony from today’s speakers here.