The Adidas v. Thom Browne Saga: Stripes May Be ‘Earned’ But They Cannot Be Owned

“Each of the parties in the Adidas suit have stepped into the supposed commercial field of the other company before. Adidas has partnered with Gucci to create a $3,000 duffel bag…[while] Thom Browne has partnered with Football Club Barcelona to make the club’s regular game jerseys.” 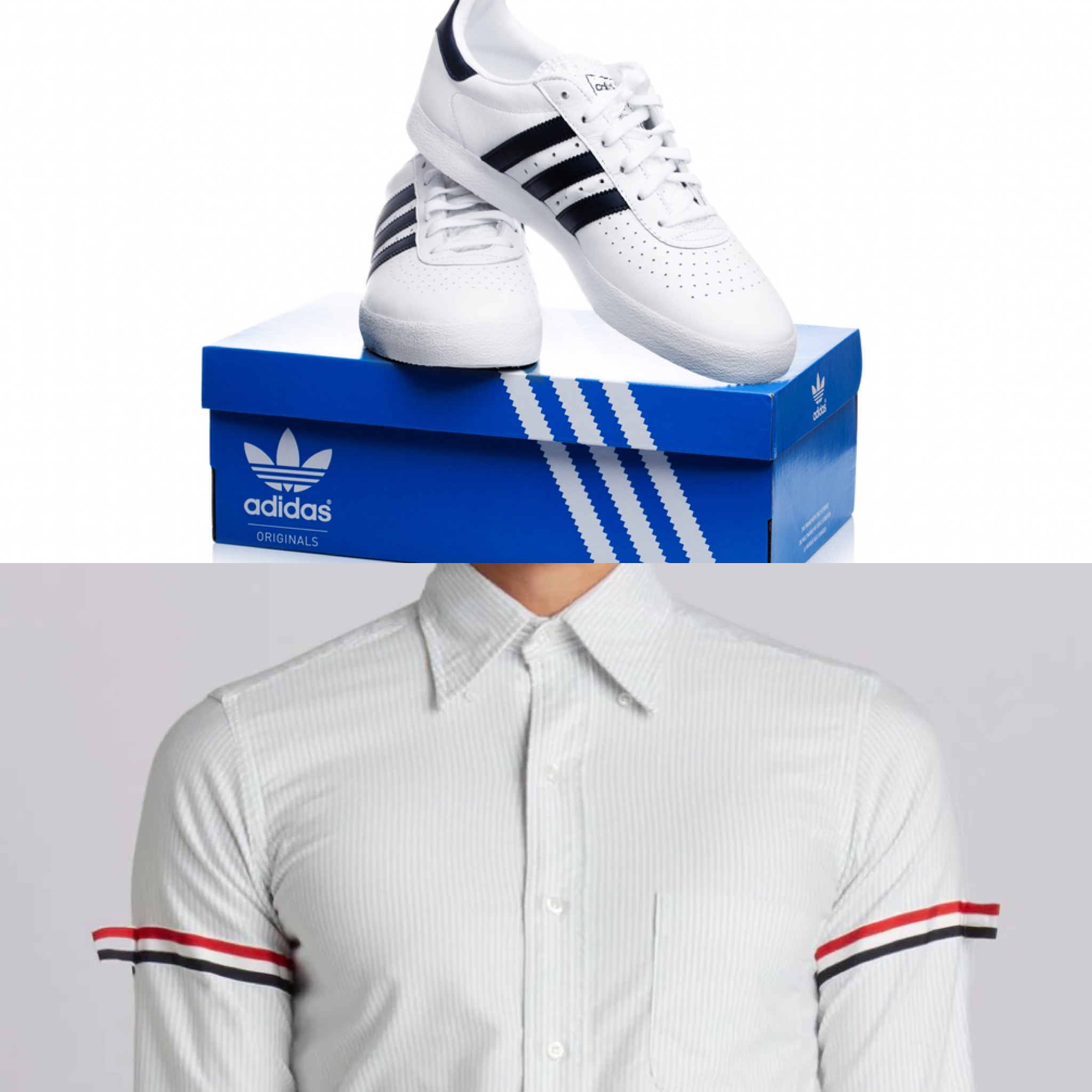 Engagement in proactive IP litigation by global companies is the bedrock of trademark enforcement, and Adidas is no stranger to this strategy. Since 2008, this athleisure accessories manufacturer has consistently protected its intellectual property by signing over 200 settlement agreements and fighting more than 90 court battles.

Most recently, on  January 12, 2023, Adidas’s efforts to sue Thom Browne Inc., a Zegna subsidiary, for trademark infringement of its ‘three-stripes logo’ was foiled. The damages claim of around $7.8 million, or £6.4 million, backfired on the German sportswear giant when it was denied by an eight-person Manhattan jury.

Ups and Downs of the Three-Striped Logo’s Trademark Status

Adidas was granted trademark protection for its logo in 2014, specifically for ‘three slanted stripes or quadrilaterals, equidistant from and parallel to one another, used on any product’. It has previously sued apparel manufacturers like Abercrombie & Fitch, Ralph Lauren Polo, Forever 21 and Marc Jacobs for infringing upon the mark. Moreover, this isn’t the first time that Adidas has been unsuccessful in protecting its mark. Adidas has previously lost to Shoe Branding Europe and Fitness World and the European Union Intellectual Property Office (EUIPO) also annulled the previous acceptance of one of its trademarks.

Though this litigation was instituted in 2021, Adidas first claimed infringement of its logo by Thom Browne in 2007. The latter agreed to stop using the logo and sought to avoid further confrontation by adding a fourth stripe in its product logos.

But, since then, both manufacturers have grown in their field and have expanded the horizons of their product range. In order to cement the identifiable characteristics of one such line of products, Thom Browne sought trademark registration of its Grosgrain RWB signature, which is when the company got back on Adidas’s legal radar. This time, some of the products from this line allegedly infringed on Adidas’s class of athletic wear goods.

The arguments made on either side were fairly run-of-the-mill, with Adidas claiming consumer confusion due to the striped pattern in Thom Browne’s logo. Adidas claimed that the logo appeared to be the same as that of its products when displayed on social media, e-commerce sites, store racks, or even to the eye of a general passers-by.

The defendant claimed that the striped pattern could not be owned by Adidas and that consumers would not be confused since the two brands cater to different categories of buyers. Thom Browne offers luxury fashion products, sold at prices that are astronomically higher than Adidas’s athletic wear, which focuses more on the general consumer class composed primarily of sports fans. Thom Browne also invoked the defense of laches, whereby it claimed that, since Adidas took too long to claim infringement in the case, it is barred, or estopped, from claiming it now. It defended the innovative elements of its mark, claiming it was inspired by college varsity sports.

Blurred Lines Between Sports and Fashion – A Floodgate of Possibilites

While the Adidas case is a fairly standard IP verdict, it also underscores the overlap between fashion and sports. From football jerseys to basketball shoes, ensuring the mere utility of a product is not enough today. Instead, making the products aesthetically appealing has become an indispensable factor for increasing their marketability. Therefore, products that perhaps never overlapped before have become more similar over time.

Collabs and Categories – The Emerging Meta for Strategic Corporate Expansion

Today, brand collaboration is not only a way to form synergistic alliances, but it also pushes the revenue ceilings of party companies and makes way for category expansion. Especially in the sport and fashion industries, there is tremendous scope for category expansion. It is clear that more and more companies will collaborate and expand into other categories, since this allows the company to broaden its range of goods and services, which in turn contributes to the capture of market share, commercial expansion of a company’s influence radius and its corporate prosperity.

While Thom Browne successfully argued in the Adidas case that the parties are involved in capturing distinct consumer bases, .the overlap and intersection between the products offered by both companies was evident.

Each of the parties in the Adidas suit have stepped into the supposed commercial field of the other company before. Adidas has partnered with Gucci to create a $3,000 duffel bag, among other pricey and fashionable, yet sporty, products, which are listed well above its regular price point. And Thom Browne has partnered with Football Club Barcelona to make the club’s regular game jerseys, which would not normally be considered a fashion or luxury product.

Therefore, the traditional approach of distinctly compartmentalizing sports and fashion products as commodities belonging to two separate customer bases is arguably antiquated today. This phenomenon may ultimately lead to a broader paradigm shift in the domain of fashion-related intellectual property.