“The whole sequence of events [in the OpenSky case], regardless of how it came about, was very bad optics for the PTAB.” – Scott McKeown 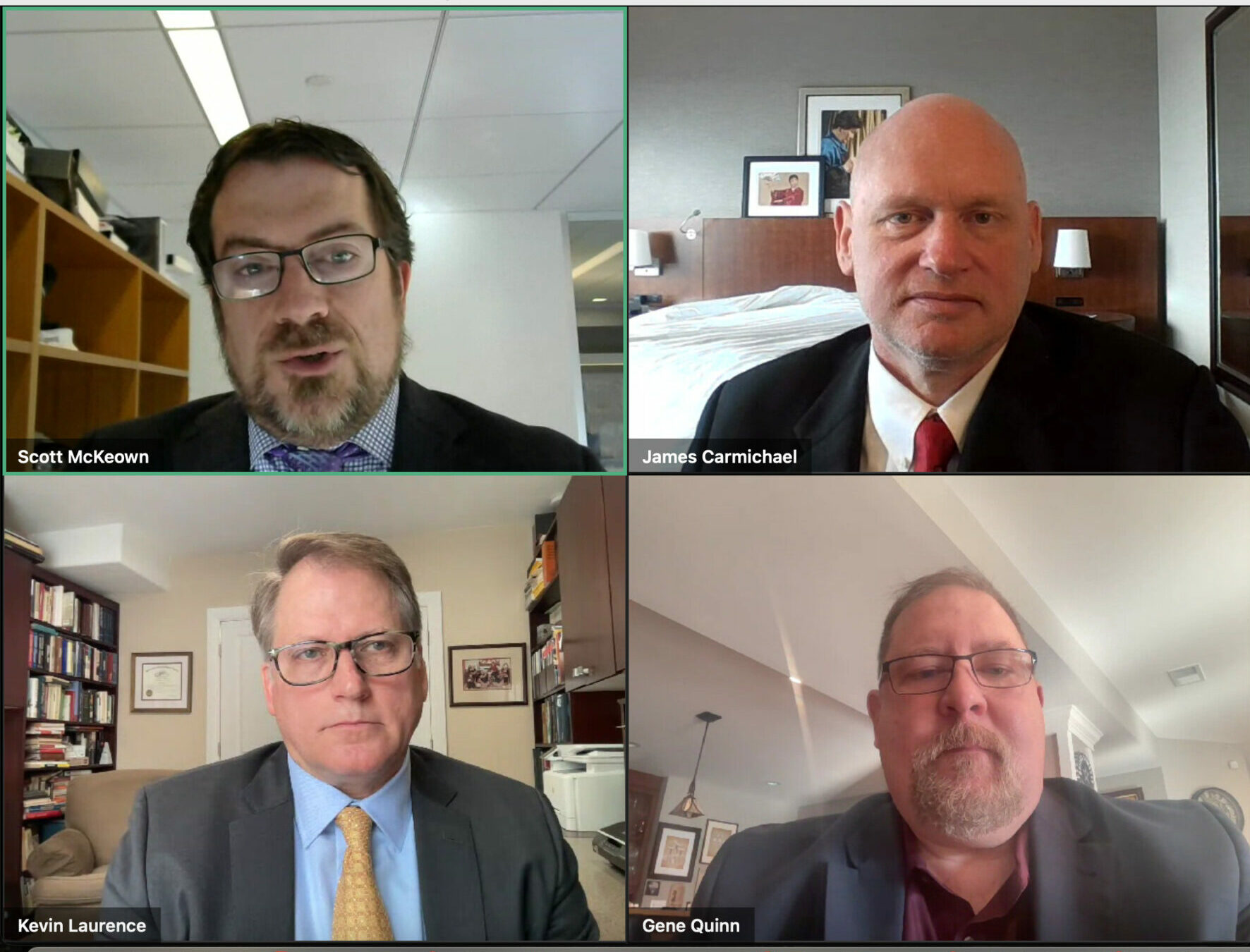 During an IPWatchdog-hosted webinar held today, panelists reflected on the impact that U.S. Patent and Trademark Office (USPTO) Director Kathi Vidal has had on the Patent Trial and Appeal Board (PTAB) so far and called her handling of the VLSI v. OpenSky case a “giant missed opportunity” to create a roadmap for how the Office will handle bad faith behavior.

Kevin Laurence of Laurence & Phillips made the latter remark, lamenting Vidal’s decision to give OpenSky a slap on the wrist by affirming that it engaged in extortion but allowing it to remain a “silent understudy” in the inter partes review (IPR) it brought against VLSI’s patents, while elevating Intel to the status of lead petitioner. Laurence added that “it was an error not to throw a thunderbolt” at the case in order to send a clear message.

IPWatchdog Founder and CEO Gene Quinn, who moderated today’s webinar, said at the time of Vidal’s ruling that her approach actively encourages bad behavior and  was “miserably wrong.”

Scott McKeown of Ropes & Gray agreed that “the whole sequence of events, regardless of how it came about, was very bad optics for the PTAB.” McKeown further questioned why the Office needed to solicit amicus briefings on “whether or not the PTAB should accept extortion.”

Former USPTO Administrative Patent Judge on the then-Board of Patent Appeals and Interferences, James Carmichael, commented during the webinar that Vidal’s decision to make Intel the lead petitioner “in fact made it worse for the patent owner than it ever could have been.” Ultimately, said Carmichael, OpenSky and the patent community have so far learned from the process that “the fraud was very effective and it ended up punishing the victim of the fraud.”

Carmichael also said that Vidal’s decision to appoint Intel to lead the case is likely rooted in anti-Fintiv sentiment more than anything else. “I think she didn’t believe that Intel’s original petition should have been denied because [she believes] Fintiv should never have been a thing,” he said.

Vidal issued a memorandum on the “Interim Procedure for Discretionary Denials in AIA Post-Grant Proceedings with Parallel District Court Litigation” in June of this year that clarified current PTAB practice on discretionary denials of IPR and PGR proceeding institutions. The memo and corresponding press release explained that the PTAB “will not deny institution of an IPR or PGR under Fintiv (i) when a petition presents compelling evidence of unpatentability; (ii) when a request for denial under Fintiv is based on a parallel ITC proceeding; or (iii) where a petitioner stipulates not to pursue in a parallel district court proceeding the same grounds as in the petition or any grounds that could have reasonably been raised in the petition.”

According to some of the webinar panelists, the memo may be part of a trend of increased politicization of the USPTO. Since it took nearly 1.5 years to confirm Vidal, for instance, she doesn’t have much time to get things done before the next election, when she may be out of office again. This often results in policies being made by memo rather than notice and comment rulemaking, which makes them harder to reverse. “The PTO is now acting like other agencies, which isn’t the best outcome, and a lot of that has to do with politics,” McKeown said. “It’s just another symptom of our screwed up political system.”

But Carmichael said the USPTO has always been political and it has been well known for some time that new administrations typically advise that everyone should do things opposite to previous administrations. This isn’t necessarily bad, it’s the way America’s system works, Carmichael explained.

“Whiplash is the term used to talk about changes in policies,” Carmichael said. “It’s the American way. If she gets six years instead of two years, she’ll be able to do a lot more. That’s a big swing factor that could end the whiplash.”

When asked for takeaways, Laurence said he’d like to see APJs become more comfortable with coming down harder on bad behavior while Carmichael said “it’s a great time to be a petitioner.” McKeown said he doesn’t expect a tremendous amount of change, but that rumors Vidal may soon implement an “error correction panel” at the PTAB should materialize within the coming weeks, so there will be more to discuss at IPWatchdog’s upcoming PTAB Masters Program, which will be held January 31 and February 1 at IPWatchdog headquarters in Ashburn, Virginia.