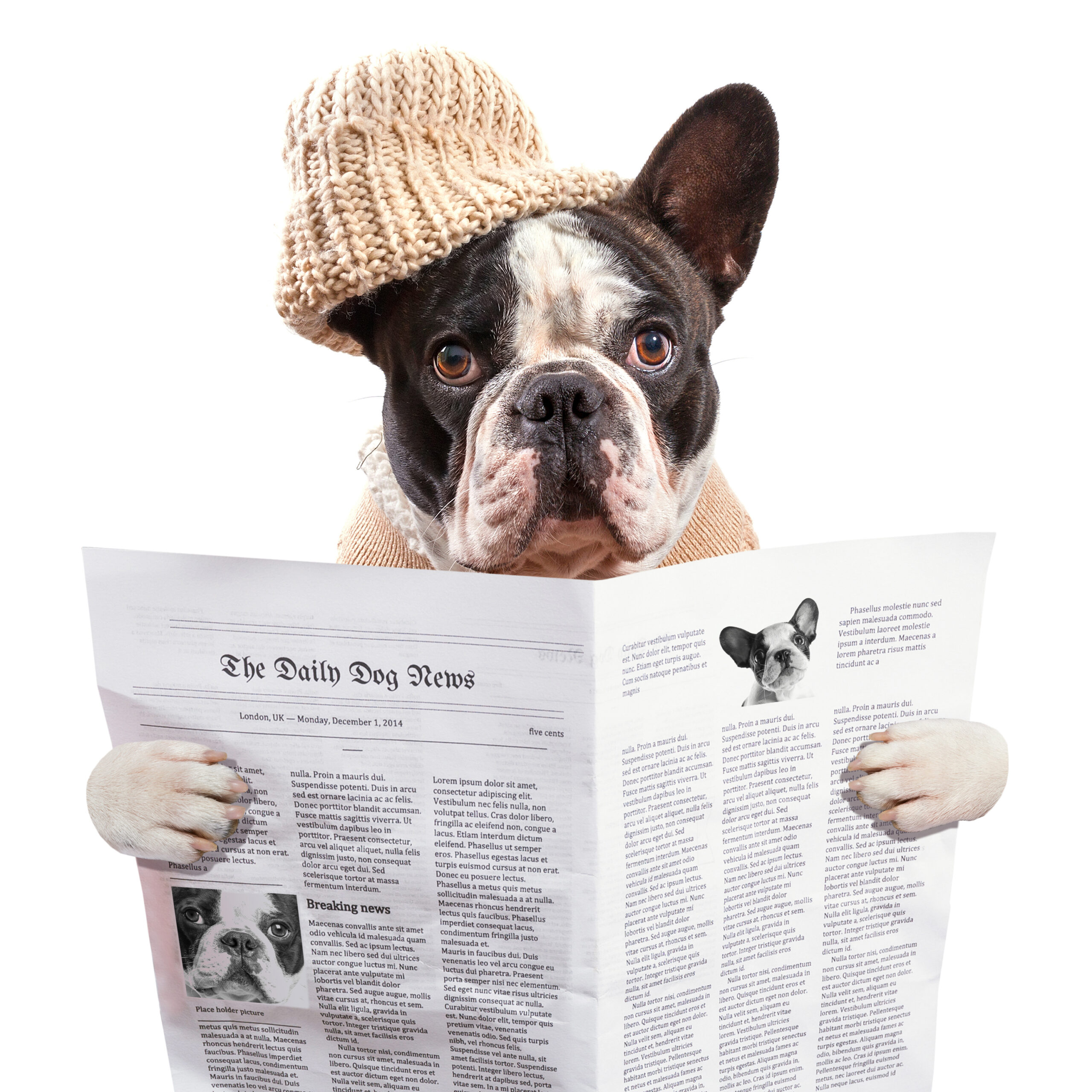 This week in Other Barks & Bites: the Office of the United States Trade Representative says it supports delaying a decision to extend the waiver of IP rights under the TRIPS Agreement to diagnostics and therapeutics and orders an investigation be conducted on the matter by the U.S. International Trade Commission; Ericsson and Apple Settle all patent litigation; the U.S. Patent and Trademark Office (USPTO) announces the February launch of an accelerated program for patents related to cancer research technology; Pfizer countersues Moderna in an ongoing patent case related to COVID-19 vaccines; Cisco avoids paying $2 billion in fines in a patent infringement case; and Huawei signs a deal with a tech competitor in a landmark licensing agreement.

Ericsson and Apple Sign Global Patent License Agreement – On Friday, December 9, Ericsson and Apple announced they have reached a multi-year, global patent license agreement that includes a cross license to certain cellular standard essential patents. The settlement ends the litigation between the two companies across several countries, including in the United States District Court of the Eastern District of Texas, as well as the International Trade Commission (ITC).

On Friday, December 9, Chinese telecom giant Huawei announced a global cross-licensing agreement with Oppo, one of China’s biggest smartphone companies. The deal will allow Oppo to license 5G technology from Huawei. The U.S. blacklisted Huawei in 2019, and the firm has since been attempting to diversify its business relations and increase its patent portfolio. Commenting on the deal, Alan Fan, Head of Huawei’s Intellectual Property Department, said, “The mutual recognition of intellectual property value between companies is a major step towards fostering a positive cycle of innovation and research.”

On Thursday, December 8, the USPTO announced the Cancer Moonshot Expedited Examination Pilot Program to expedite cancer research and innovation in the medical field. The program will begin on February 1, 2023, and it will focus on technologies that prevent cancer. The USPTO will review patent applications earlier for technologies that pertain to the program. USPTO’s new program is in support of President Biden’s Cancer Moonshot. It will run until January 31, 2025, or until the USPTO accepts 1,000 grantable petitions, whichever one comes first.

On Tuesday, December 6, the United States District Court for the District of Kansas upheld an order in a case involving EpiPen patents. The court denied Mylan’s objections to a judge’s order to produce 115 documents between the company and Pfizer. KPH Healthcare Services, the plaintiffs in the case, alleged that Mylan violated antitrust laws related to the production of EpiPens. In the original lawsuit, KPH calls Mylan and Pfizer’s EpiPen manufacture and sales practices an “anticompetitive and unlawful conspiracy.” Mylan attempted to have the order to produce documents related to the case thrown out as erroneous and contrary to the law, however the district court found the order should be upheld.

On Tuesday, December 6, The New Jersey District Court ruled in favor of Allstate Insurance and awarded the company $481,000 in attorney fees. In the case, Allstate alleged that two of its former employees misused confidential customer information and trade secrets. Previous court rulings saw some of the claims dismissed, although some claims for breach of contract and misappropriation of trade secrets were upheld. The district court judge found that because these claims were upheld Allstate should be granted attorney fees from their previous employees.

On Monday, December 5, Pfizer and its German partner BioNTech filed a countersuit against Moderna in a federal district court in Massachusetts. Moderna first filed a patent lawsuit against Pfizer in August this year alleging that the company infringed on three of their patents related to technology created prior to the pandemic. In their countersuit, Pfizer said “Moderna is wrong, and its revisionist history is not based on fact. Pfizer and BioNTech did not copy Moderna’s technology. Pfizer asked the court to dismiss Moderna’s case.

On Monday, December 5, the U.S. Supreme Court dismissed a petition from Centripetal Networks in a long-standing patent case against Cisco. In 2018, Centripetal Networks accused Cisco of willful patent infringement, and Centripetal won the case, with U.S. District Judge Henry Morgan ordering Cisco to pay $2 billion in fines. However, the case was appealed and the U.S. Court of Appeals for the Federal Circuit (CAFC) in June 2022 vacated a judge’s decision awarding Centripetal enhanced damages and royalties exceeding $2.75 billion, finding that the district court judge was disqualified from hearing the case after becoming aware of his wife’s ownership of $4,687.99 in Cisco stock. The case will now begin again from square one.

On Thursday, December 8, the United States Court of Appeals for the Federal Circuit (CAFC) denied a petition by Nimitz Technologies to vacate a district court order demanding documents relating to the company’s third-party funders. The Electronic Frontier Foundation, which filed an amicus brief in the case, declared a victory against “patent troll companies.” An appeal relating to two Standing Orders on Initial Disclosures issued by Chief Judge Connolly of the U.S. District Court for the District of Delaware is still pending at the CAFC and form the backdrop to Nimitz’s petition for writ of mandamus.

On Thursday, December 8, the Federal Trade Commission (FTC) released a statement announcing its intent to block Microsoft’s acquisition of the gaming company Activision Blizzard. The proposed $69 billion dollar deal to acquire the gaming company would be the largest ever in the industry. In its statement, the FTC said the deal “would enable Microsoft to suppress competitors.”

On Thursday, December 8, U.S. Senator Roger Wicker, R-Miss., ranking member of the Senate Committee on Commerce, Science, and Transportation, released a statement calling for Congress to hold a new hearing on big tech censorship. The senator’s comments are a response to the release of the “Twitter Files”, a data dump from new Twitter owner Elon Musk that looks to damage previous ownership.

USTR Supports Delaying Date to Extend TRIPS IP Waiver to COVID Diagnostics/ Therapeutics –On Tuesday, December 6, the United States’ announced that it supports a delay of the deadline to decide whether to extend a waiver of IP rights for COVID-19-related technologies under the Agreement on Trade-Related Aspects of IP Rights (TRIPS) to diagnostics and therapeutics pending an International Trade Commission investigation that the Office of the United States Trade Representative (USTR) has ordered. On the same day, a number of lower-income countries (LMICs) proposed new text to the World Trade Organization (WTO) urging it to adopt the language and proceed with the extension.

On Thursday, December 8, the U.S. Securities and Exchange Commission (SEC) posted a notice on its website asking public companies to provide details on their exposure to the cryptocurrency market. The SEC warned that public companies may have disclosure obligations and suggested that public firms look into updating their existing disclosures. According to the SEC, “recent bankruptcies and financial distress among crypto asset market participants have caused widespread disruption in those markets.”

On Wednesday, December 7, the Department of Defense (DOD) announced that it awarded Joint Warfighting Cloud Capability contracts to Amazon, Google, Microsoft, and Oracle. The deal allows the DOD to “acquire commercial cloud capabilities and services directly from the commercial Cloud Service Providers.”