Considerations in Divided Infringement Based on Recent Case Law

“Despite Akamai coming after Centillion and representing the views of the entire Federal Circuit, rather than just a panel of three judges in Centillion, recent case law supports the continued use of the Centillion test.” 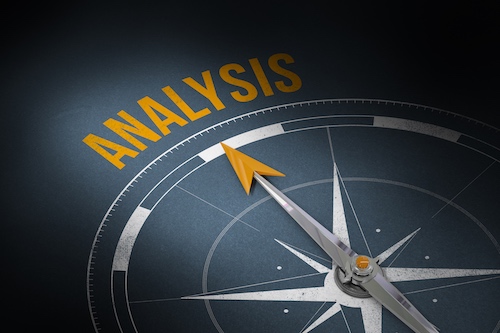 Divided patent infringement—also called “joint infringement”—is a doctrine plaintiffs can use to allege infringement where more than one party may have participated in a patent’s claimed steps. While the fundamental rules here have been set since 2015, a few recent district court cases set out some new considerations for both plaintiffs and defendants.

A handful of U.S. Court of Appeals for the Federal Circuit decisions have been instrumental in shaping this area of law. The Akamai v. Limelight Networks case clarified that a single entity can be found liable for infringement if it “directs or controls” another’s action or forms a joint enterprise. It also created a new test for finding joint infringement, if an entity conditions participation or receipt of a benefit on performance of the patented method, and controls the manner and timing of the performance. Later cases Eli Lilly & Company v. Teva Parenteral Medicines and Travel Sentry v. Tropp clarified how this “conditions or benefits” test applies in the context of pharmaceutical and mechanical method patents.

The Akamai standard remains good law, and recent cases have continued to apply this conditions/benefits test. Yet, a question remains. The legal community often uses the terms “divided infringement” and “joint infringement” interchangeably, but is this truly the case? The Northern District of California has suggested that the terms have separate meanings, with joint infringement being broader than divided infringement, but not providing further clarification. Sentius Int’l, LLC v. Apple Inc., 2020 WL 6081775 (N.D. Cal. Oct. 15, 2020).

Method vs. Systems Claims – Does the Centillion Standard Hold Up?

While divided infringement is often applied to method claims, it can also be applied to systems claims. If so, a slightly different test from the Federal Circuit’s Centillion Data Systems v. Qwest Communications International case applies. To show infringement via “use” of a system claim, a party must “use” all elements of a claimed system, which means to “put the invention into service, i.e., control the system as a whole and obtain benefit from it.”

Despite Akamai  coming after Centillion and representing the views of the entire Federal Circuit, rather than just a panel of three judges in Centillion, recent case law supports the continued use of the Centillion test. In Acceleration Bay LLC v. 2K Sports, Inc., 15 F.4th 1069, 1078 (Fed. Cir. 2021), the Federal Circuit held that Centillion, not Akamai, controls as to system claims. It also found that there was no infringement by the defendant, because the customers completed the system by providing hardware and installing the software, not the defendant. In Synchronoss Techs., Inc. v. Dropbox, Inc., 987 F.3d 1358 (Fed. Cir. 2021), the court similarly held that despite a different factual situation, Centillion still applied. The court found that defendants had not infringed the patent because they did not provide customers with the required hardware such that it would constitute the complete invention.

Extraterritoriality – Attributing Actions from Another Country

While Section 271(a) of the patent statute relates to direct patent infringement, Section 271(g) imposes liability based on importing materials made via processes protected by U.S. patents. But as the Federal Circuit recently clarified, Section 271(g) is not subject to the same single entity requirements as 271(a). In Syngenta Crop Prot., LLC v. Willowood, LLC, 944 F.3d 1344 (Fed. Cir. 2019), Syngenta asserted patents related to methods of producing a fungicide. At trial, the jury found that Syngenta did not prove that both steps were attributable to a single entity, meaning there was no infringement of the relevant patent.

On appeal to the Federal Circuit, Willowood argued that Section 271(g) was another form of direct infringement, which requires a single entity to perform all steps. The Federal Circuit disagreed. In Section 271(g), liability arises once the product is imported, not when the material was manufactured with the patented process. That is, patents are fundamentally national and territorial. A Chinese company just making a product in China, without more, is not going to infringe a U.S. patent. And the same goes for a U.S. company making a product in the U.S.; it will not infringe a Chinese patent without doing more, like selling into China.

In this instance, the patented process had been practiced in China by multiple suppliers. There is typically no remedy for patent owners if the method is practiced in another country, and it is not relevant whether a single entity (or multiple entities) practices all of the claimed steps abroad. The Federal Circuit found that Section 271(g) thus did not require a single entity to perform the steps of a patented process to give rise to infringement liability. In this instance, the court affirmed the district court’s finding that one of the defendant entities was not liable because it had not imported the compound, reversed the finding for the defendant entity that had been shown to import the compound (finding it liable), and remanded for the entity for which the district court had not made such findings.

In a later case, the plaintiffs took a similar approach in district court. Where the patent related to a method of producing orthopedic implants, defendants argued there was no infringement under Section 271(a), because the claimed steps performed by UK-based third parties were not completed in the U.S. Orthopaedic Hospital v. Encore Medical L.P., 2022 WL 254956 (S.D. Cal. Jan. 27, 2022). The plaintiffs responded that the third party’s infringing actions could be attributed to the defendants, making them liable. But the court agreed with the defendants, clarifying that that the single entity requirement and territorial limitations of Section 271(a) are independent of one another. Even if third party actions could be attributed to the defendants under divided infringement principles, all steps had still not been done in the United States, barring liability under the Federal Circuit’s NTP case. Nonetheless, potential infringement for importing articles made by a patented process under Section 271(g) remained.

Divided or joint infringement will only be relevant to direct infringement claims, not infringement claims based on importation. If issues of foreign manufacturing and multiple entities are both present in a case, it is important to carefully parse which infringement theory applies. The same is true when considering whether to assert systems or method claims (or defending against the same).

Hunter Keeton Hunter Keeton is a Shareholder in the litigation group at Wolf, Greenfield & Sacks, P.C. in Boston. He focuses his practice on litigation in the areas of patent, trademark, trade [...see more]

Susmita Gadre Susmita Gadre is an Associate in the litigation group at Wolf, Greenfield & Sacks, P.C. in Boston. She focuses her practice on patent litigation. While in law school, Susmita was [...see more]