“Naming people as inventors who do not contribute can lead to challenges being made in court by those who did contribute and were not named. Taken to the extreme, misnaming inventorship can be grounds for invalidating a patent.” 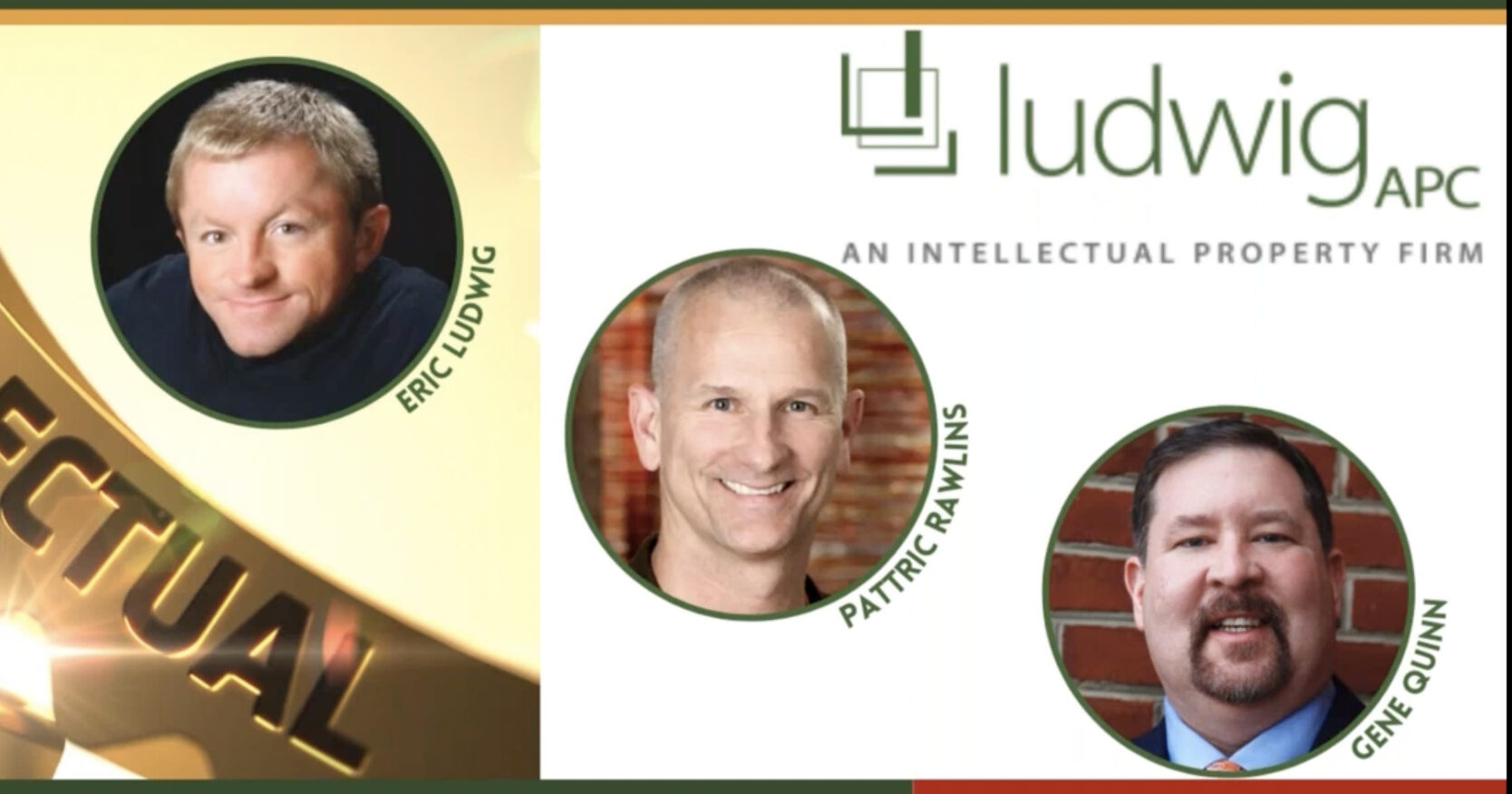 In a recent webinar moderated by Gene Quinn, President & CEO of IPWatchdog, Ludwig APC founder, Eric Ludwig, and Pattric Rawlins, partner at Procopio Cory Hargreaves & Savitch, discussed the topic of inventorship, including subjects such as naming inventor(s) on a patent and the implications of amending and contesting Inventorship.

“Matters of inventorship and patent ownership are easy until they’re not—until there’s a fight or a disagreement over co-inventorship,” Ludwig explained. “If the parties have a good relationship and there is an amicable decision to correct an error or omission as to who is named as an inventor, then that’s an easy process. If it’s contested, that’s when problems arise.”

Litigating inventorship and seeking to change named inventors on an issued patent has become increasingly common as businesses and inventors demand greater control over intangible assets and, by extension, greater potential revenue from practicing or asserting rights to the invention. The law on this topic, unfortunately, is surprisingly thin.

According to Ludwig, fixing who is named or not named as an inventor on a patent requires highly technical analyses, a review of the unique facts of each case, and documentation that proves the contributions of inventors.

Given the costs and time related to asserting inventorship rights once a patent has been granted, “it pays dividends to be mindful of who will be named as an inventor from the very beginning through the end of the patent application life cycle,” Rawlins said, “Because once a patent is issued, it becomes difficult and expensive to address such issues.”

While garage or solo inventors are still common, many inventors today are members of teams working for companies. Understandably, team members want to be recognized for their contributions. But helping a person bring an idea to fruition, such as doing research for someone else, does not make someone an inventor. An inventor is someone who contributes materially to the invention.

Make Sure Your ‘Inventors’ Contributed

Not surprisingly, company owners are often named on patents as “co-inventors.” But is it reasonable to expect company owners to have materially participated in thousands of patents? Or is their “inventorship” more a case of the company owner, CEO, or manager being given a token (or “ego” inventorship) for an innovation that comes out of his or her area?

Aside from questions of fairness and financial remuneration, why is this important?

Naming people as inventors who do not contribute can lead to challenges being made in court by those who did contribute and were not named. Taken to the extreme, misnaming inventorship can be grounds for invalidating a patent. Though rare, there is legal precedent.

It’s a far easier and less messy process to simply agree to the naming of inventors at the outset of the patent application process than to have it later corrected by the courts, either as a “cooperative correction” (when all parties agree) or an “adverse correction” (when parties don’t agree). In the latter case, any aggrieved inventors have to show injury and causation for redress—and his or her case needs to be provable.

“If you feel you’ve been wronged, depositions and finger pointing aren’t going to get you anywhere,” Ludwig said. “Simply feeling that your contributions have not being recognized is not proof.”

According to Ludwig, after a would-be inventor assigns his or her rights to an invention away to an employer or other third-party, bringing an action in court to challenge inventorship is very difficult. Without an ownership interest, the would-be inventor will need to demonstrate some other basis to establish standing to sue. In that case, the non-named inventor needs to show injury, such as reputational harm or the loss of a job opportunity or financial benefit. “The court does not deal in conjecture or speculation,” he said. “Claims of damage must be specific. They must be based on fact, not emotion-based.” And even when the facts are on an inventor’s side, adverse corrections can take six months to a year or more to litigate and they can be very costly.

Both Ludwig and Rawlins said the best way to avoid issues around inventorship is to hire a good intellectual property attorney early in the process and listen to his or her counsel. When parties set expectations and parameters around who a contributor is vs. who an inventor is from the outset, they avoid the need to file amendments after a patent is granted and, worse yet, the risk of someone suing.

“Those involved need to think about these issues from the beginning, before ever preparing any filing or application,” Rawlins said. “They need to consider all issues of inventorship through the life cycle of an application BEFORE a patent is ever granted.”

“Manage expectations. Know early on who is going to be an inventor so there’s no question or surprises. Document contributions as to who has done what,” Ludwig said. “Hope is not a legal or winning strategy. It’s a recipe to spend a lot of money in court. The price of justice isn’t cheap.”