Discretionary Denial Under Section 325(d): Nuances of Advanced Bionics Framework for Prior Art Cited in an IDS During Prosecution

“In the absence of facts in support of denial beyond that prior art was simply cited in an IDS, petitioners have generally avoided discretionary denial…. However, if a patent owner can identify facts that alter the patent examination narrative, the risk for petitioners increases.” 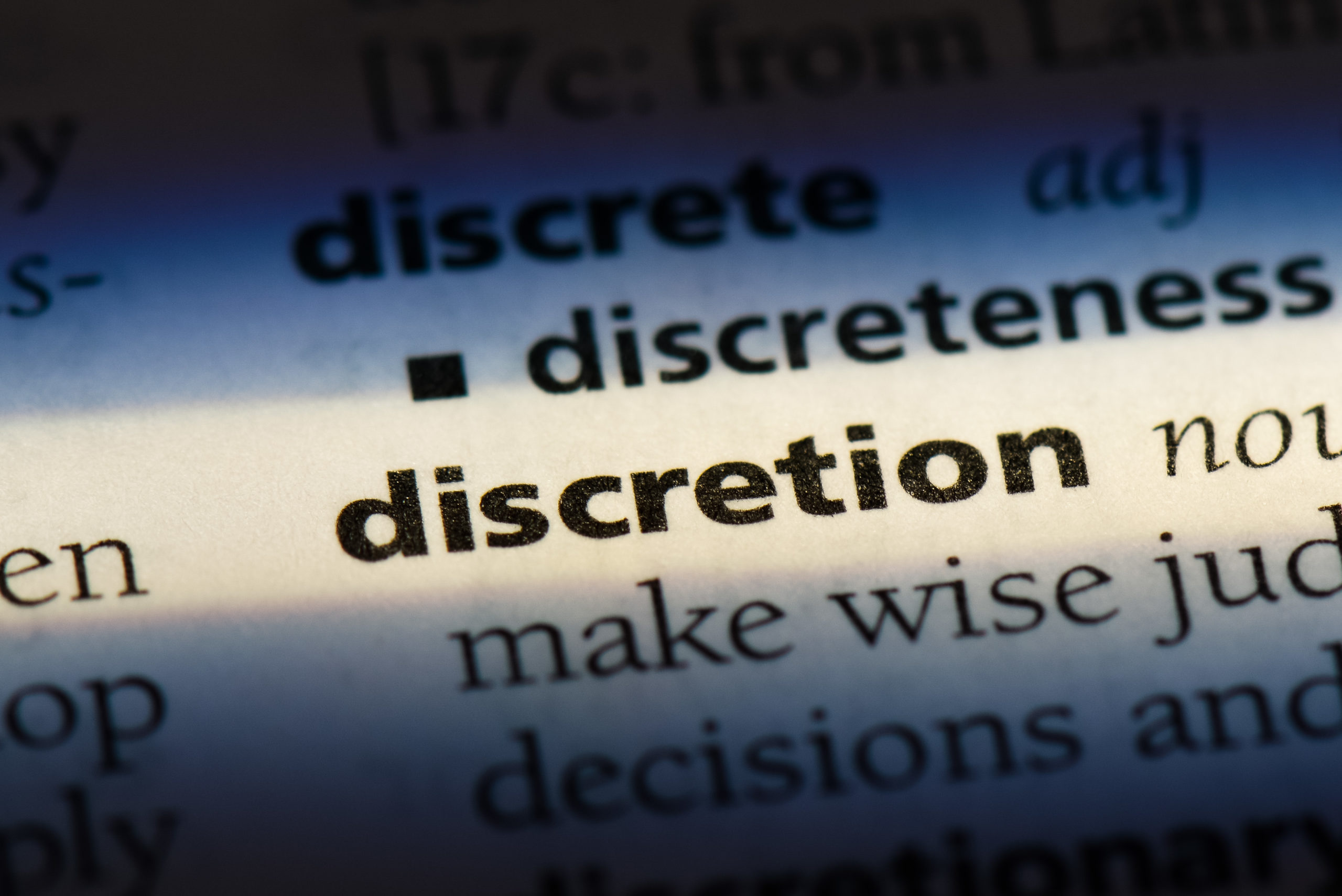 The Patent Trial and Appeal Board (PTAB) has the discretion to deny institution of an inter partes review (IPR) proceeding under 35 U.S.C. § 325(d) if “the same or substantially the same prior art or arguments previously were presented to the Office.” In Advanced Bionics, LLC v. Med-El Elektromedizinische Geräte GmbH (“Advanced Bionics”), the PTAB established a two-part framework for determining whether a PTAB panel should exercise discretion under Section 325(d):

[2] If either condition of the first part of the framework is satisfied, whether the petitioner has demonstrated that the Office erred in a manner material to the patentability of challenged claims.

The Board continued: “If a condition in the first part of the framework is satisfied and the petitioner fails to make a showing of material error, the Director generally will exercise discretion not to institute inter partes review.”

In its decision, the Board also indicated that prior art submitted in an Information Disclosure Statement (IDS) and considered (e.g., initial by an examiner) during prosecution qualifies as art “previously presented to the Office” such that the first condition of Advanced Bionics is satisfied. As compared with prior decisions, Advanced Bionics can be viewed as potentially creating a new risk for discretionary denial that did not exist previously with respect to IDS references. For example, according to a decision from less than a year prior to Advanced Bionics, “[t]he Board has consistently declined exercising its discretion under Section 325(d) when the only fact a Patent Owner can point to is that a reference was disclosed to the Examiner during the prosecution.”

This article surveys recent PTAB decisions having the common fact that the IPR challenges rely upon prior art that is the same or substantially the same as prior art submitted in an IDS during prosecution to glean insights as to how parties and the Board are addressing Advanced Bionics in this scenario. The results of the survey suggest that, in the absence of facts in support of denial beyond that prior art was simply cited in an IDS, petitioners have generally avoided discretionary denial, consistent with the state of the law prior to Advanced Bionics. However, if a patent owner can identify facts that alter the patent examination narrative, the risk for petitioners increases.

Indeed, references that are “substantially the same” as references appearing in an IDS have also been found to satisfy the first condition of Advanced Bionics. For example, in one case, petitioner relied upon four references in various combinations in three grounds. Two of the four references appear in an IDS, a third reference is a patent publication that has a “substantially identical” counterpart listed in the IDS, and the fourth reference is “cumulative” of prior art the examiner “evaluated” during prosecution, so the first condition of Advanced Bionics is satisfied.

Furthermore, not all of the references asserted in an IPR need appear in an IDS for the first condition of Advanced Bionics to be satisfied. See, e.g., Samsung Electronics Co., Ltd. et al. v. Power2B, Inc., IPR2021-01190, Paper 11 (Jan. 6, 2022) and Lyft, Inc. v. RideShare Displays, Inc., IPR2021-01602, Paper 7 (April 11, 2022). For example, in one case, petitioner relied upon three references in four grounds, but only one of the references was cited in an IDS. However, the one IDS reference was a “primary reference” and was alleged to alone render all but two challenged claims obvious. In finding the first condition of Advanced Bionics satisfied, the Board stated that “we agree with the Patent Owner that [reference A] is the primary reference relied upon in the Petition, with reliance on [reference B] only in the alternative and with reliance on [reference C] limited to the challenge to two dependent claims.”

(c) the extent to which the asserted art was evaluated during examination, including whether the prior art was the basis for rejection;

(e) whether petitioner has pointed out sufficiently how the examiner erred in its evaluation of the asserted prior art; and

(f) the extent to which additional evidence and facts presented in the petition warrant reconsideration of the prior art or arguments.

A. Asserted Prior Art in IPR Was Cited in an IDS But Not Substantively Discussed During Prosecution

It is common that the prior art cited in an IDS was not substantively evaluated during prosecution, e.g., as a basis for rejection. In these circumstances, Becton factor (c) does not weigh in favor of discretionary denial. See, e.g., Advanced Energy Industries v. Reno Technologies, IPR2021-01397, Paper 7, 7 (Feb. 16, 2022); Lyft, Inc. v. RideShare Displays, Inc., IPR2021-01602, Paper 7, 14-15 (April 11, 2022); Samsung Electronics Co., Ltd. et al. v. Power2B, Inc., IPR2021-01190, Paper 11, 19 (Jan. 6, 2022). Petitioners have generally been successful by relying on, and, in some instances, highlighting, substantive arguments made in the grounds to demonstrate error for Becton factor (e). To further distinguish Becton factor (f), petitioners are relying on expert declaration testimony that was not (and could not have been) present during prosecution. For example, in one case, petitioner relied on a reference cited in an IDS but not substantively discussed during prosecution. The Board explained that “Petitioner…shows that [the reference] teaches claim 1’s limitations,” and “Petitioner’s analysis shows error by the Examiner in overlooking [the reference’s] teachings.” For Becton factor (f), the Board pointed to expert testimony “that attests to the scope and content” of the reference. Other decisions follow similar reasoning.

In other cases, petitioners have been successful by focusing on limitations that stand out during prosecution as resulting in allowance, such as limitations introduced via an amendment resulting in allowance and/or limitations highlighted by the examiner in Reasons for Allowance. For example, in one decision, the Board discussed the prosecution history in detail, noting that a pending dependent claim was indicated as allowable during prosecution. The applicant then amended each independent claim to include the recitations of the allowable dependent claim. Petitioner alleged that the examiner “erred in a material manner” because a reference presented by Petitioner discloses “the alleged point of novelty,” and the Board agreed. Other decisions follow similar reasoning.

B. Facts That Go Beyond the Simple Citation of Prior Art in IDS

Where the facts go beyond mere citation of a reference in an IDS and an examiner considering the reference, the decisions suggest that petitioners would fare better by addressing the nuances of the prosecution history.

In BMW of North America, LLC et al v. Stragent, LLC, at the time the challenged patent issued, there were IPRs pending against related parent patents. The prior art asserted against the challenged patent also formed the basis of earlier IPRs. During prosecution, the applicant submitted an IDS listing the prior art of the earlier IPRs, and, in the IDS, the applicant also “advised the Patent Office of the prior IPR proceedings.”

The Board determined that the prosecution history “indicates a greater degree of consideration and evaluation here than the scenario where a reference is merely listed on an IDS.” Furthermore, the Board was “persuaded that the Examiner was presented with a new limitation” not found in the related patents, and Petitioner presented “no testimony or other evidence” that the analysis in the previous IPRs “implicates the same issues as those analyzed by the Examiner.” With this lack of evidence from Petitioner, the Board exercised its discretion to deny institution based on Section 325(d).

In Nespresso USA, Inc. v. K-fee System GmbH, a sufficient number of references asserted in Petitioner’s challenges were previously presented to the Office that the first condition of Advanced Bionics was satisfied. One of the references was a focus of patent examination. Petitioner argued that the examiner materially erred (1) by applying an incorrect priority date to find that the reference does not qualify as prior art; and (2) by allowing the challenged claims to issue “without considering the art” presented in the Petition. The Board found both arguments to be unsupported by the evidence. Specifically, regarding the first argument, the Board determined that the examiner did not agree that foreign priority applications (pre-dating the reference) supported the challenged claims, thus dismissing Petitioner’s first argument. Regarding Petitioner’s second argument, the Board pointed out that the reference was applied in a rejection. Thus, “Petitioner does not show sufficiently that the Examiner erred,” further finding that “the paucity of analysis provided by Petitioner in the Petition tips the scales in favor of a discretionary denial.”

And in Atrium Medical Corporation v. Bard Peripheral Vascular, Inc., the challenged patent was previously the subject of inter partes reexamination. The reexamination decision was appealed to the Federal Circuit, where the Court determined that all claims “mean that the claimed access port is power injectable” and remanded the case. On remand, the Board found that none of the references disclose a “power injectable access port.”

In the IPR, Petitioner never addressed whether discretionary denial under Section 325(d) was warranted, even though it was granted a Reply to the Patent Owner Preliminary Response directed to all discretionary denial issues. First, the Board determined that many of the same references used in the challenges in the Petition were also cited in an IDS during prosecution, and the remaining references are “substantially similar” to references cited during prosecution. Second, Patent Owner was able to persuasively demonstrate that the portion of the reference relied upon by Petitioner as teaching “power injectable ports” is identical to a disclosure of a different reference applied by the examiner during prosecution. In deciding to exercise discretion to deny institution, the Board determined “that the prosecution history demonstrates that the Examiner engaged with the prior art and, specifically with the power injectable port limitations,” particularly applying a reference during rejection with identical disclosure as the reference upon which the Petition relies for “power injectable ports.”

Petitioners need not avoid prior art for IPR challenges based solely on the fact that the prior art was submitted in an IDS. However, parties should recognize that if such prior art is used in an IPR, it satisfies the first condition of Advanced Bionics such that petitioners should also demonstrate a material error during prosecution. Recent cases suggest that demonstration of a material error is fairly straightforward if there are no other facts in favor of discretionary denial under Section 325(d). However, parties should form a complete picture of prosecution and any prior reexamination of the patent at issue and all related patents to identify, and fully explain, any other relevant events.

Eugene Goryunov Eugene Goryunov is the IPR Team Lead and Administrative Partner of the Chicago office of Haynes and Boone, LLP and an experienced trial lawyer that represents clients in complex patent [...see more]

Clint Wilkins Clint Wilkins is a partner at Haynes and Boone LLP who focuses primarily on patent law and leverages his extensive technical knowledge and experience to assist clients with inter partes [...see more]