“Any suggestion that this legislation would allow companies to patent anyone’s DNA is simply false,” C4IP writes, adding that the ‘scaremongering’…ignores the fact that the human genome has already been published many times over and is already available for scientific use.” 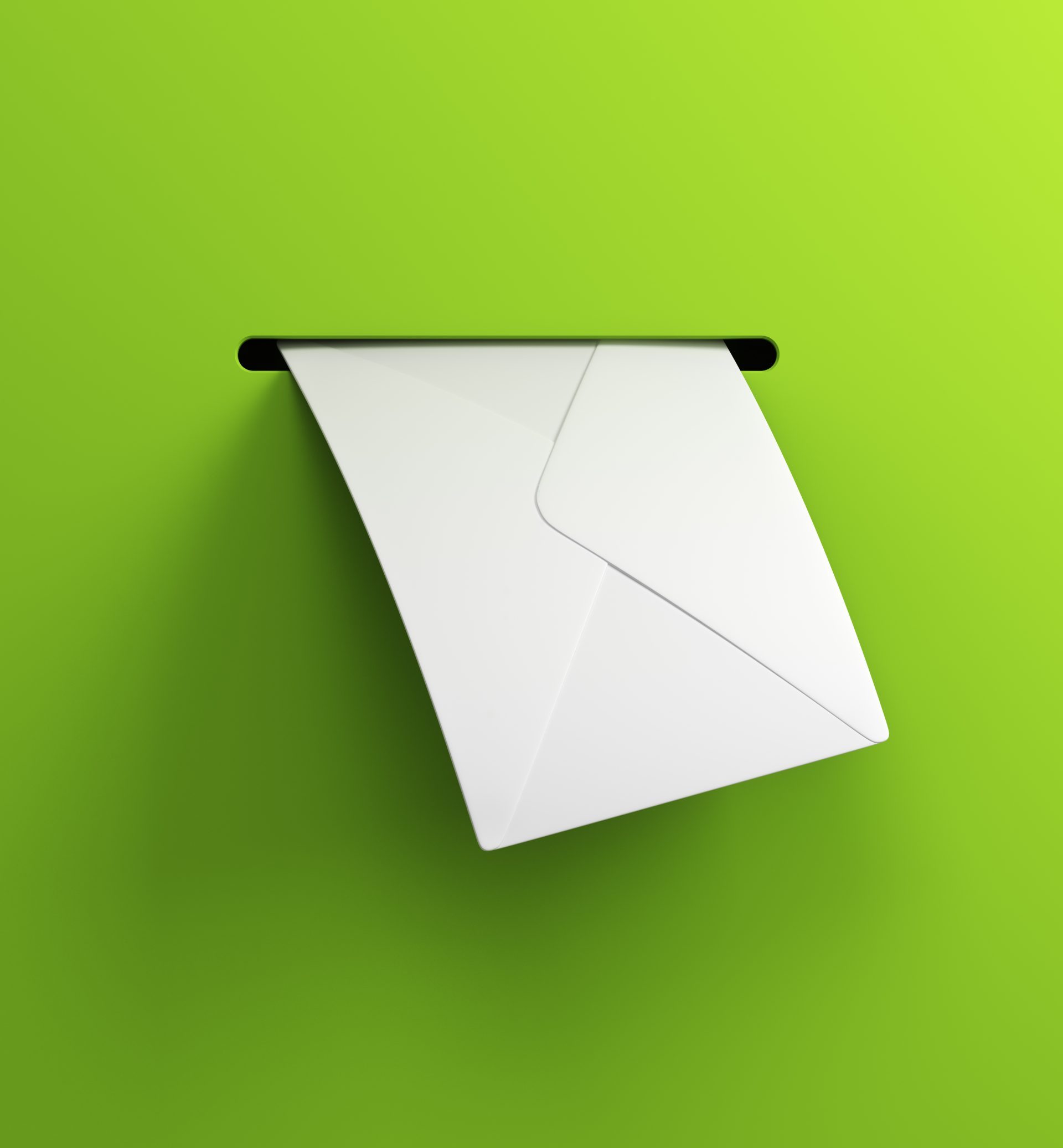 Last week, the leadership of the Judiciary Committees and IP Subcommittees from both houses of Congress received letters seeking to address misinformation being presented by critics of the Patent Eligibility Restoration Act, a bill proposed by Senator Thom Tillis (R-NC) that would abrogate several U.S. Supreme Court rulings on patent eligibility under 35 U.S.C. § 101. Both the Council for Innovation Promotion (C4IP) and University of Akron Law Professor Emily Michiko Morris not only supported Congressional passage of Tillis’ patent eligibility bill but also pushed back on criticisms that the bill would enable biotech firms to patent genes as they exist in the human body. The letters are available here and here.

Senator Tillis released a draft version of the Patent Eligibility Restoration Act early this August that included provisions to abrogate the Supreme Court rulings in Association for Molecular Pathology v. Myriad (2013) and Mayo Collaborative Services v. Prometheus Laboratories (2012). Myriad’s invalidation of patent claims covering an isolated naturally occurring genetic sequence as a patent-ineligible product of nature, and Mayo’s invalidation of a method of adjusting autoimmune disease treatment dosages by measuring metabolites as a patent-ineligible natural law, have greatly increased the uncertainty of patent eligibility for medical diagnostics and other critical areas of healthcare technology.

However, Tillis’ proposed legislation has inspired a fair amount of pushback. A few weeks after Tillis introduced the bill, the Electronic Frontier Foundation (EFF) announced that it would be lobbying against the bill in part because it would allow the patenting of human genes. The American Civil Liberties Union (ACLU), which has opposed similar legislation in the past by decrying the potential of patents on human genes, also added its opposition to the Patent Eligibility Restoration Act. Inventor groups have also come out against the bill for different reasons.

In late September, Senator Chris Coons (D-DE) announced that he had agreed to co-sponsor the Patent Eligibility Restoration Act, greatly increasing the likelihood that the bill will receive support from the leadership of the Senate IP Subcommittee regardless of the outcome of this year’s midterm elections. Although Tillis’ bill has strong support on either side of the political aisle, the recent letters from C4IP and Professor Morris help dispel some of the more controversial claims about the potential impacts of restoring patent eligibility for diagnostics and other biotech innovations.

The C4IP was established in late September and claims several luminaries of patent law as board members, including former U.S. Patent and Trademark Office Directors Andrei Iancu and David Kappos, who serve as Co-Chairs. C4IP’s board also includes former Federal Circuit Judge Kathleen O’Malley and former Chief Judge of the Federal Circuit Paul Michel. The group aims to increase bipartisan support for IP rights by informing policymakers about IP’s positive impacts, and it hosted the launch event where Senator Coons announced his support of the Patent Eligibility Restoration Act.

Along with Mayo and Myriad, C4IP’s letter noted that Tillis’ bill would abrogate two other Supreme Court rulings that have added great uncertainty to patent eligibility under Section 101: Bilski v. Kappos (2010), which created uncertainty about the kinds of business methods that could be patented; and Alice Corp. v. CLS Bank International (2014), which found that a computer system for exchanging financial obligations was drawn to a patent-ineligible abstract idea. According to C4IP, these decisions have resulted in a “cloud of uncertainty [that] has decimated the U.S. diagnostics industry,” where investment in new technologies decreased by a massive $9.3 billion within four years of the decision in Mayo.

C4IP said that the Patent Eligibility Restoration Act includes provisions that expressly prohibit patent eligibility for unmodified human genes. “Any suggestion that this legislation would allow companies to patent anyone’s DNA is simply false,” C4IP wrote, adding that the “scaremongering” around the gene patent claims ignores the fact that the human genome has already been published many times over and is already available for scientific use. According to C4IP, passage of the Patent Eligibility Restoration Act would clarify unpatentable subject matter under Section 101 in a way that restores more certain eligibility for medical diagnostics, cancer immunotherapies and other life-saving biotech innovations.

The results of the COVID-19 pandemic should increase urgency in Congress for fixing the cloud of Section 101 uncertainty. C4IP argued that European labs led the world in the development of medical diagnostics for detecting COVID-19. Although major American pharmaceutical firms like Pfizer and Moderna were the vanguard of COVID-19 vaccine development, Mayo continues to have palpable effects in an area of the biotech industry where U.S. companies should be better able to compete with their foreign counterparts. While C4IP acknowledged that there should be additional debate to define the contours of the Patent Eligibility Restoration Act, “misinformation should play no role in the discussion.”

Professor Morris: Myriad Has Not Reduced the Price of Diagnostic Testing

Professor Emily Michiko Morris, the David L. Brennan Endowed Chair at the University of Akron School of Law, argued  that most of the opposition to the Patent Eligibility Restoration Act were leveraging anecdotal evidence instead of rigorous empirical evidence to sway public opinion. “Society understandably balks at propertizing human genes,” Professor Morris wrote, before noting the provisions in Tillis’ bill that prevent the patenting of genes as they exist in the human body. Professor Morris’ letter attempted to provide a counter narrative, “one that better reflects technological and economic reality,” to show that abrogating Myriad would be a major step toward increasing investment in biotech R&D.

Far from impeding research into genetic markers for certain kinds of cancer, Professor Morris cited research showing that patent protections were a major focus of researchers studying the BRCA1 and BRCA2 genes that were involved in the patent claims at issue in Myriad. Other research from Professor David O. Taylor has shown that Myriad has had the largest effect on decreasing investments into new technologies, according to Professor Morris. Although Morris acknowledged in a footnote that some have questioned Professor Taylor’s survey results based on the number of responses the survey is based on, she added that “[i]t is not the number of survey responses but rather the statistical significance of the results that matter.”

Although proponents of the ruling in Myriad argued that the Supreme Court’s decision would address the high cost of genetic screening tests for BRCA1 and BRCA2, Morris noted that such testing continues to cost as much as $5,000 per test. Further, those proponents often assume that without gene patents, genetic research would enter the public domain more quickly, but research by Bhavan Sampat and Heidi L. Williams found that gene patenting is preferable to genetic trade secrets in terms of promoting follow-on innovation.

“It also should be remembered that, even before the Myriad decision, patents on genetic material and purified natural substance faced various limitations,” Professor Morris explained. In support of this argument, she cited the Federal Circuit decisions in In re: Fisher (2005), which required short snippets of complementary DNA to possess more utility than merely serving as research intermediates, and In re: Kubin (2009), which held gene sequences unpatentable as obvious if the amino acid sequences of the proteins for which they code are already known. Professor Morris also said that Tillis and Coons are further considering an experimental-use exception in the Patent Eligibility Restoration Act that could ensure that downstream research remains available.

“Because we currently lack the ability to create living organisms or even to manufacture most biological materials through non-naturally occurring processes, categorically prohibiting patents on genes and other naturally occurring substances could hamper investment in biotech R&D,” Professor Morris wrote. Even if different sides disagreed on where the precise lines should be drawn on patent eligibility, Professor Morris urged that clarity in Section 101 would be a great benefit not only to patent holders but also to consumers, whose quality of life is improved by those innovations.