“OSPs that host user-generated content should be attributed more knowledge than an ‘ordinary’ person” and should act against infringement to a higher standard than an ‘uninformed lay person.’” – ICLE White Paper 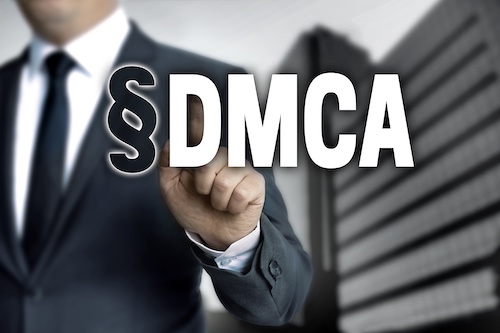 The International Center for Law and Economics (ICLE) released a white paper on Thursday arguing that Section 512 of Title 17 of the Copyright Act has been a failure, and it should be reevaluated and overhauled. Congress passed Section 512 as part of the Digital Millennium Copyright Act (DMCA), and authors Kristian Stout and Geoffrey Manne argue the federal courts have written out key provisions in the law.

Stout and Manne write that Section 512 has succeeded in allowing online service providers (OSPs) such as social media companies to grow and thrive by providing a safe harbor provision as long as they take down infringement promptly. However, the authors argue that the law has failed to provide proper incentives and systems to prevent digital piracy.

The white paper builds on a May 2020 report from the U.S. Copyright Office which found that OSPs found Section 512 to be a success due to the growth it allowed, while on the whole rightsholders were more likely to have a negative view of Section 512. The U.S. Copyright Office “concluded that Congress’s original intended balance has been tilted askew” in favor of OSPs and against rightsholders.

ICLE published the white paper with the goal of offering recommendations to Congress should they choose to revisit the law.

The white paper lays out the case for six potential adjustments to Section 512 that would “better mitigate piracy and offer incentives for OSPs and rightsholders to engage in licensing negotiations.”

The paper’s first recommendation is to “overturn the subjective element of red-flag knowledge” that was set in a 2016 court ruling in favor of the video-sharing platform Vimeo. In that case, the  U.S. Court of Appeals for the Second Circuit ruled that Vimeo could not be held liable for copyright infringement despite Vimeo employees viewing videos with copyrighted audio. The ruling was hailed by social media companies, including Facebook, Twitter, and Google, with major record labels arguing for Congress to revise the 1998 Section 512.

Stout and Manne argue that “OSPs that host user-generated content should be attributed more knowledge than an ‘ordinary’ person” and should act against infringement to a higher standard than an ‘uninformed lay person.’”

Secondly, the authors say Section 512 could be reformed to require OSPs to “ensure that they know their users’ identities” to deter users from posting content that infringes content. This change would strengthen OSPs’ ability to cut down on users creating accounts to evade bans related to copyright strikes. While the authors write that “identities could remain confidential, disclosed to third parties only when needed to resolve a case of infringement,” removing anonymity from social media accounts is already a highly controversial topic due to concerns around civil liberties.

Less potentially controversial, the authors’ next proposed, adjustment is to prevent piracy using already existing filtering technology on various platforms. Google and Dropbox have previously implemented this technology to flag copyrighted material and block selected files from being re-uploaded. The authors promote the idea of developing more standard technical measures (STMs) to prevent infringement before it happens. According to the white paper, no STMs have been adopted industry-wide. Therefore, Stout and Manne call on Congress to empower the U.S. Copyright Office to work with OSPs and rightsholders to specify industry-wide STMs that apply filtering technology.

The authors also address important privacy concerns related to some of their proposals. These concerns include cybersecurity breaches, privacy, and a chilling effect on free speech. Stout and Manne concede that STMs could cause negative externalities, so STMs should be able to be adapted in such cases to increase good-faith compliance while eliminating flaws.

Another concern for OSPs is the cost of some of these changes. The authors state that while new filtering technology will involve a cost to OSPs, using filtering technology could remove a burden from employees and help streamline the copyright infringement claim process.

The last concern is that of an overreaching filtering process that illegitimately blocks too much content. However, the authors write that “actual false positives—instances where a user has an unambiguous right to use a file (e.g., they are the actual creator or have a license)—are likely to be exceedingly rare.”

The other cases of potential illegitimate content blocks would fall under fair use. The authors cite Katherine Oyama, global director of business public policy for Google, who stated “uploaders disputed less than 1% of the Content ID claims made from January through June 2020.”

While Stout and Manne concede that the percentage of false takedowns may be more than 1%, they believe that since the majority of the claims are not contested, “the social cost of the false positive (erroneous takedown) is presumably not very significant compared to the value of enforcing IP rights.” However, they do not cite how much content constitutes 1% of content ID claims and what negative effect a false positive can have on an uploader.

Next, the authors move on to the topic of repeat infringers. Section 512 requires OSPs to have policies that remove repeat infringers from their platform, however, Stout and Manne argue that the courts have often ruled “rather loosely” on the policy requirement. To strengthen this provision, they suggest empowering the U.S. Copyright Office to draw up the minimum requirements to fulfill the repeat-infringer policy obligation. In the author’s opinion, this would better protect OSPs’ right to safe harbor while also deterring repeat infringers.

The paper also discusses the difficulty in stopping infringement from websites based outside of the United States even when U.S. courts rule that willful infringement has occurred. In order to resolve the issue, the authors state that Congress should amend Section 512 and grant U.S. courts the authority to issue no-fault injunctions that would require OSPs to block or delist websites that regularly infringe copyright. Currently, more than 40 countries allow no-fault injunctions that disable access to copyright-infringing websites.

Overall, the ICLE’s white paper is an impassioned plea to Congress to better protect rightsholders by updating Section 512, but it also acknowledges the need to protect OSPs’ right to safe harbors. While the authors are aware that the challenging political environment makes full reform less likely, they state “there are select measures proposed above that we believe could, even standing on their own, provide significant benefit.”