Is an Autonomous Vehicle Patent War Revving Up?

“The emergence of new technologies, or new uses for old technologies, is often closely followed by the purveyors of those technologies using patents to try to exclude or slow down their competitors. In which case, perhaps we are at the starting line of yet another patent war.” 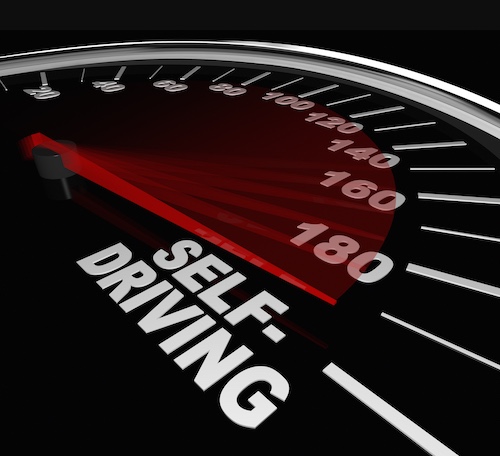 Autonomous vehicles are paving the way as the next big innovation in personal transportation. With new technology, first comes the excitement of breakthroughs in any industry. Then comes the patent litigation arguments over who owns the technology and who can profit off the patents related to the technology. We are seeing this pattern again and perhaps the beginning of the self-driving cars patent wars. Earlier this year, the U.S. Court of Appeals for the Federal Circuit upheld the patentability of all challenged claims in a patent held by Velodyne LiDAR, Inc., one of just a handful of companies that makes LiDAR (light detection and ranging) systems for self-driving cars.

LiDAR is similar in purpose to radar or sonar but uses light instead of radio or sound waves. It has been around, at least in concept, since the 1960s and is used today in markets such as robotics, industrial, and intelligent infrastructure. For autonomous vehicles specifically, LiDAR is generally used to make high-resolution maps allowing the vehicle to “see” its surroundings. To do so, the LiDAR system sends out pulses of light across the area around the car and measures the time it takes for those pulses to bounce off an object and to return the reflected light. Because the speed of light is known, the LiDAR system can calculate the distance between the object that the light reflected off and the vehicle.

Using this information, the system generates an image or a “point cloud” that informs the vehicle of its surroundings including what objects are near and the distance. Almost every company looking into self-driving vehicles currently uses LiDAR, including Waymo, Chevy Cruise, Magna International, and Motional, Inc. Even Tesla Motors, an outspoken critic of LiDAR has tested the technology in its self-driving cars, with those tests showing LiDAR substantially out-performed Tesla’s standard camera-based system. Velodyne, Luminar, Aeva, Aurora, and Ouster have all joined the race for market share in the LiDAR industry, a market that is expected to grow substantially as autonomous vehicles get on the road.

Velodyne appears to be the first LiDAR company to ask the courts to play a part in that race. Velodyne has filed patent infringement complaints with both the U.S. International Trade Commission and the U.S. District Court for the Northern District of California against fellow LiDAR supplier and competitor, Ouster. Velodyne’s ITC complaint asks that the Commission investigate whether Ouster is violating section 337 of the Tariff Act of 1930 by importing into the United States Ouster’s rotational LiDAR devices, components, and products that are alleged to infringe Velodyne’s patent, as well as its newer 9,983,297 patent.

According to Velodyne’s ITC complaint, Ouster and its contract manufacturer Benchmark Electronics, Inc., “took Velodyne’s revolutionary inventions and incorporated them into Ouster’s competing products” including Oster’s rotating 3-D LiDAR devices and sensing systems and is now manufacturing the majority of these products in Thailand for importation into the United States. Velodyne accuses Ouster of studying Velodyne’s patented technology and products when creating its own products, such as the OS1, as evidenced by Ouster’s own patent (U.S. Patent No. 10,063,849) disclosures acknowledging Velodyne’s patent (U.S. Patent No. 7,969,558) as “the fundamental technology” behind the invention and citing to multiple of Velodyne’s own rotational LiDAR products. If Velodyne is successful before the ITC, it could result in an order preventing Ouster from importing any of its accused products into the United States.

It is uncertain whether Velodyne will assert its patent portfolio against other competitors, or if its complaint against Ouster is just a one-off drag race. Regardless, the emergence of new technologies, or new uses for old technologies, is often closely followed by the purveyors of those technologies using patents to try to exclude or slow down their competitors. In which case, perhaps we are at the starting line of yet another patent war. Given the small number of LiDAR providers currently in the market and the apparent necessity of the technology to self-driving cars, this could be a pivotal moment for the industry.

Ana Spone Ana Spone is an associate at Troutman Pepper in the Intellectual Property practice. She received her JD from the University of New Hampshire Franklin Pierce School of Law.