“[The government] never explains what in § 112’s text suggests enablement turns on the cumulative time and effort required to make all variations of the invention one-by-one. Nor does the government explain why that rule makes sense.” – Amgen’s supplemental brief 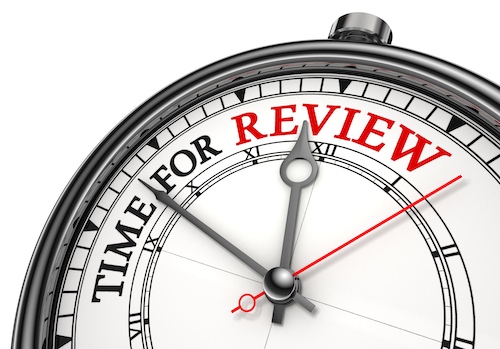 Amgen filed its petition for writ last November following the Federal Circuit’s February 2021 decision that affirmed the District of Delaware’s invalidation of Amgen’s patent claims asserted against Sanofi. Amgen’s patent claims, which cover monoclonal antibodies that lower levels of low-density lipoprotein (LDL) cholesterol, had previously survived enablement in two separate jury verdicts. However, the district court granted a post-verdict motion for judgment as a matter of law (JMOL) filed by Sanofi, invalidating Amgen’s asserted patent claims for lack of enablement. After Amgen appealed the district court’s JMOL ruling, the Federal Circuit held that “[w]hether a claim satisfies the enablement requirement of [Section 112] is a question of law that we review without deference.” Amgen’s petition argued that this standard of review for enablement conflicted with Supreme Court precedent from Wood v. Underhill (1846), in which the Court opined that “the sufficiency of the description” enabling one skilled in the art to make and use the invention is “a question of fact to be determined by the jury.”

The Solicitor General’s brief filed on September 21 argued that Amgen’s characterization of enablement was “overly simplistic.” While disputes about the meaning of Section 112’s statutory text on enablement present questions of law, the Solicitor General noted that application of the Federal Circuit’s undue experimentation factors from In re: Wands (1988) require factual inquiries. The Solicitor General also pushed back on Amgen’s contention that the Federal Circuit was applying a higher enablement standard for genus claims, arguing that “[w]hen, as here, a patent claims an entire genus based on its function, the patent must enable that entire genus.”

Amgen’s supplemental brief argued that, while Wood’s enablement ruling shows the Supreme Court’s standard for enablement going back to the pre-Civil War era, the submission of enablement issues to a jury extends back to Framing-era English courts as well. This historical treatment of enablement was recognized by the Supreme Court in Markman v. Westview Instruments (1996), which cited King’s Bench cases going back to 1778 in which the court submitted instructions on enablement issues to be decided by juries. Along with failing to respond to Amgen’s historical argument, Amgen said that the U.S. Solicitor General also failed to respond to arguments that the Seventh Amendment prohibits reexaminations of jury verdicts except under common law standards, which arguably should have precluded the Federal Circuit from reviewing enablement de novo.

The supplemental brief also reiterated arguments that the Federal Circuit’s enablement standard, which requires that a skilled artisan “reach the full scope of claimed embodiments” without “substantial time and effort,” does not comport with the statutory text of Section 112, which does not include any language connecting enablement with the amount of time and effort required to practice all embodiments of the claimed invention.

“Downplaying that ‘reach the full scope’ approach, the government urges that ‘broad claims naturally require more extensive enablement.’ But it never explains what in § 112’s text suggests enablement turns on the cumulative time and effort required to make all variations of the invention one-by-one. Nor does the government explain why that rule makes sense. Once inventors teach skilled artisans how to make and use the individual embodiments across the scope of the claim, there is no reason why they should lose their patent simply because it would be a lot of work to make them all seriatim.”

Amgen also argued that the Federal Circuit’s consideration of the cumulative effort required to practice claimed embodiments of an invention defies the Supreme Court’s 1916 ruling in Minerals Separation v. Hyde. In that case, which Amgen also cited in its petition, the Court upheld the validity of a patent covering a method for improving the composition of ore by separating metalliferous material from gangue, the commercially valueless material within which ore is found. The Court denied arguments that the patent claims at issue in Minerals Separation were invalid due to the amount of preliminary testing required to determine the amount of separation oil and agitation to use in the claimed process. As Amgen’s supplemental brief noted, the Court recognized in Minerals Separation that “it is obviously impossible to specify in a patent the precise treatment which would be most successful and economical in each case.”

Although the U.S. government’s brief observed that the district court found Amgen’s evidence of enablement insufficient on JMOL, Amgen countered that the true issue in the case was the legal standard for finding such evidence insufficient. Amgen’s briefing has noted that Sanofi never concretely identified a substantial number of embodiments covered by the claims that cannot be made using the patent’s teachings in the specification.

Both the Solicitor General’s brief and Amgen’s supplemental brief were distributed for judicial conference on October 5, the day after Amgen’s brief was filed. Certiorari grants on patent law matters have been sparse at the Supreme Court, which recently denied several patent cases, although the Court did request briefing by the Solicitor General on the Hatch-Waxman issues present in Teva v. GlaxoSmithKline.