“The value of home-grown innovation to public health, national security and economic recovery has never been clearer. Yet, here in America, the law originally intended to encourage that innovation has never been so muddled.” 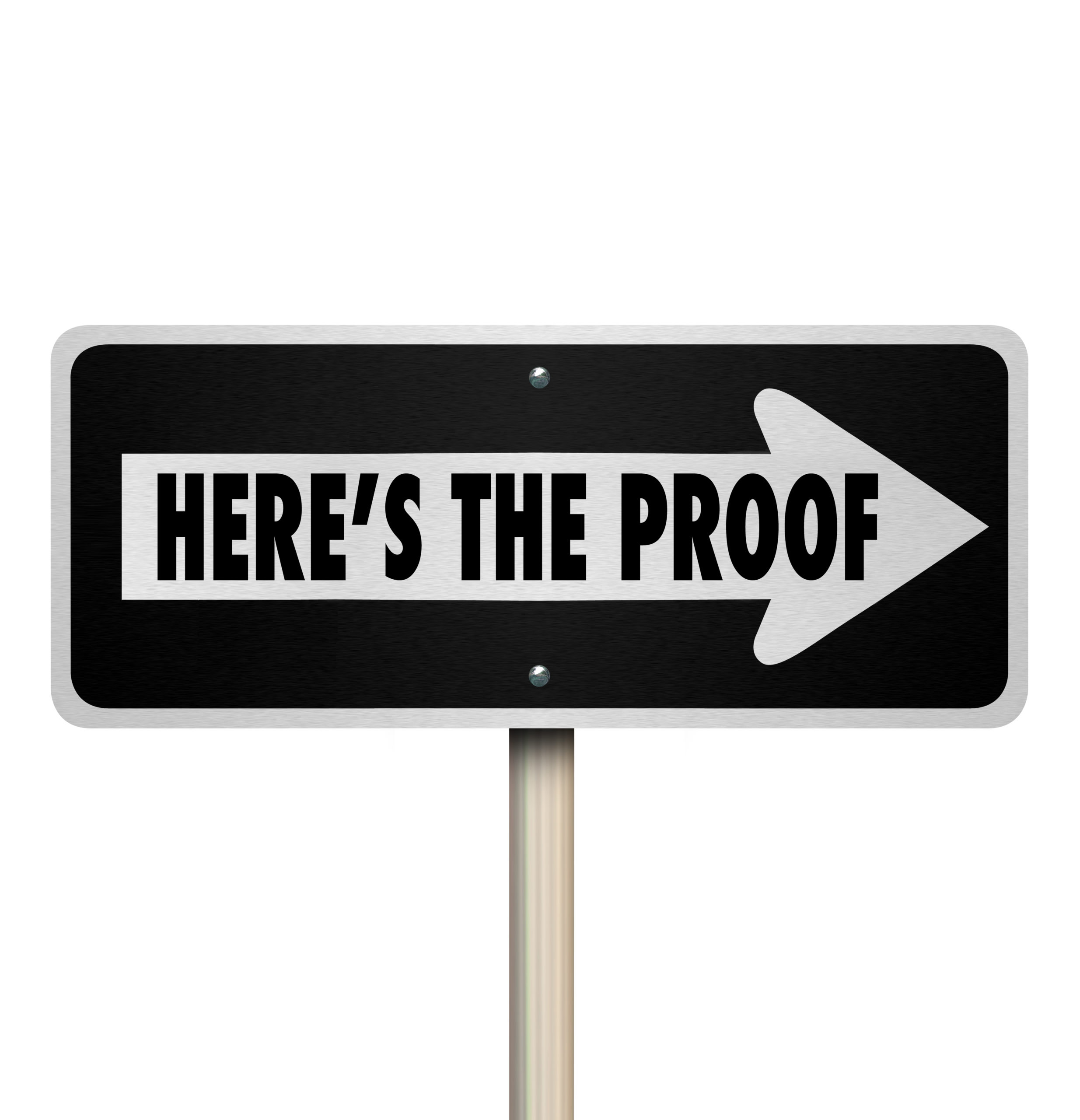 Patent eligibility law in the United States is in a state of disarray that has led to inconsistent case decisions, deep uncertainty in the innovative, investment and legal communities, and unpredictable outcomes in patent prosecution and litigation. These facts have been extensively documented in multiple sources, including: the statements of all 12 active judges of the nation’s only patent court, the U.S. Court of Appeals for the Federal Circuit (confirmed prior to October 2021); the findings and reports of the Executive branch across all recent Administrations; the bi-partisan conclusions of Congressional committees; a robust body of academic studies; and at least forty separate witness statements at the 2019 hearings on this issue before the Senate Committee on the Judiciary Subcommittee on IP, including statements from advocates that oppose Section 101 reforms.

This undeniable state of uncertainty has profoundly and negatively impacted sectors of the American innovation economy that rely on patents and clear patent laws to incentivize their work. As with the uncertainty, the deeply negative impact is well-documented through a robust body of data, empirical studies and testimonial evidence. Among other effects, the impact includes reduced investment and reduced innovation in key fields of technology like medical diagnostics, biotechnology, software, blockchain and artificial intelligence (AI). If not soon addressed, the result will be dire consequences for the health and wellbeing of Americans and broader humanity, U.S. national security, and American jobs and competitiveness. As Senator Chris Coons (D-DE), the then-Ranking Member of the Senate Judiciary IP Subcommittee, stated in 2019, “Today, U.S. patent law discourages innovation in some of the most critical areas of technology.” And as then-Chairman Senator Thom Tillis (R-NC) further stated in a 2019 hearing of the Senate Committee on the Judiciary’s Subcommittee on Intellectual Property (116th Congress), “What we do on this subject will have major implications for every aspect of America’s innovation economy and it will determine if the United States remains the world’s leading innovator in the 21st century.” Many others have echoed these sentiments.

Since those bipartisan statements, the world has faced and continues to face a global pandemic that has only underscored the critical need for innovative diagnostics, vaccines based on genetic research, and software-based tools. Despite the importance of these technologies being on full display, the United States has done nothing to remedy the legal uncertainty and its suboptimal innovation ecosystem. China, meanwhile, has continued to expand its technological capabilities and global influence. It and other key competitor countries have wisely linked their national strategic priorities to the strength of key emerging technological fields like AI, blockchain, biotechnology and personalized medicine. The value of home-grown innovation to public health, national security and economic recovery has never been clearer. Yet, here in America, the law originally intended to encourage that innovation has never been so muddled.

As summarized below, a robust body of evidence demonstrates both that current Section 101 jurisprudence has created deep legal uncertainty, and that the uncertainty is inflicting lasting harm on technological sectors that are critical to the U.S. economy, U.S. competitiveness and the public interest.

In this paper, we also address other relevant concerns about the state of patent eligibility law. Some of these relate to specific proposed changes to patent eligibility law. Another relates to the ongoing threat to U.S. competitiveness caused by China and its increasingly attractive patent system (as compared to the U.S. system).

A final point discussed explains the likely differential effects of the confused patent eligibility law on different technology areas and responds to the contention by some that there are no examples of innovation being harmed in the tech sector. Research by Professor Jonathan Barnett explores the varied effects of having a weak patent system and concludes: “Without exaggeration, the U.S. patent system stands at the precipice of abandoning any meaningful commitment to property rights in the technology markets that drive the innovation economy.”  That should be an alarming conclusion for anyone who cares about America’s future.

I.  There is Overwhelming Evidence of Uncertainty in Patent Eligibility Law

The legal uncertainty existing under the current Section 101 framework, as well as the resulting inconsistency of case decisions, has been well-documented by our nation’s judges, lawmakers and users of the patent system over many years.

A. The Federal Circuit Has Repeatedly Noted the Uncertainty

Starting with the Federal Circuit, all active judges on the court (who were confirmed prior to October 2021) unanimously agree that the legal standard is uncertain, the case law is inconsistent, and further guidance is needed. As Chief Judge Moore stated:

As the nation’s lone patent court, we are at a loss as to how to uniformly apply §101. All twelve active judges of this court urged the Supreme Court to grant certiorari in Athena to provide us with guidance regarding whether diagnostic claims are eligible for patent protection. There is very little about which all twelve of us are unanimous, especially when it comes to § 101. We were unanimous in our unprecedented plea for guidance . . . . [W]e have struggled to consistently apply the judicially created exceptions to this broad statutory grant of eligibility, slowly creating a panel-dependent body of law and destroying the ability of American businesses to invest with predictability.”

The unanimous view of the Federal Circuit’s 12 active judges (as of October 2021) is dispositive proof of the uncertainty, and that the law cannot be uniformly applied to reach consistent decisions, given the Federal Circuit’s unique judicial role as the final arbiter of U.S. patent eligibility in almost all cases. These jurists, after all, are the ones whom our nation has entrusted to “decide the fate” of our innovators’ efforts. As former Chief Judge Paul Michel, one of the authors of this paper, has said, “If I, as a judge with 22 years of experience deciding patent cases on the Federal Circuit’s bench, cannot predict outcomes based on case law, how can we expect patent examiners, trial judges, inventors and investors to do so?”

B. The Two Other Branches of Government Acknowledge the Uncertainty

Both other branches of government have further acknowledged and documented the uncertainty inherent in current eligibility law—and in a bipartisan manner. In 2019, for example, the Solicitor General, representing the views of the United States before the Supreme Court, wrote:

The current Administration has likewise acknowledged the “legal uncertainties created by current U.S. patent eligibility and patentability doctrine.” As the current Administration’s Solicitor General recently reiterated, echoing the previous two Administrations, “the Mayo/Alice framework has given rise to substantial uncertainty” as well as “confusion in the lower courts.” The same conclusions have been reached by USPTO Directors from every single Administration since Bilski was decided in 2010. See, e.g., here, here and here. This includes the current Director, who testified in her confirmation hearings that “we need more clarity when it comes to patent eligibility” and that “[w]e need more clarity so that inventors will be incentivized to invent, and investors will be incentivized to invest.” Together, these sources highlight the consistent and bi-partisan consensus—for over a decade in the Executive branch—that the current state of eligibility law is a serious problem that must be fixed.

That sentiment is also shared on a bipartisan basis by the members of Congress who lead the Committees responsible for fulfilling Congress’ constitutional duty to establish IP laws that promote scientific and technological progress. In 2019, for example, the Senate Committee on the Judiciary Subcommittee on Intellectual Property held a series of hearings on the State of Patent Eligibility in America, at which both then-Chairman Senator Thom Tillis (R-NC) and Ranking Member Senator Chris Coons (D-DE) lamented the state of uncertainty that currently plagues U.S. eligibility law—sentiments that both Senators repeated in Senate Judiciary Committee nomination hearings in December 2021.

In his 2019 opening remarks, for instance, Chairman Tillis noted that “the lack of predictability and certainty under the current law will prevent the innovation ecosystem from fully realizing its innovation potential.” In December 2021, Senator Tillis reiterated that “current [eligibility] jurisprudence is in shambles right now and we have to work on fixing it and providing clarity.”  Ranking Member Coons similarly stated in 2019 that “recent decisions of the Supreme Court over a decade have clouded the waters regarding exactly what types of inventions merit protection, even if these inventions are groundbreaking, revolutionary and useful. Determining whether an invention is an abstract idea, for example, has proven to be a truly unpredictable test for eligibility, with many now viewing results as really turning on the luck of the draw, depending on which examiner or judge reviews them.” In December 2021, Senator Coons reaffirmed, “I do think legislative reform is required in Section 101.”

In a similar vein, in March 2020, the non-partisan Congressional Research Service, analyzing the Federal Circuit’s actions in 2019’s Athena v. Mayo, observed in its report, Judges Urge Congress to Revise What Can Be Patented, that “denial of a full-court rehearing accompanied by eight separate opinions has never occurred in the history of the Federal Circuit.” The report also noted that “[t]he number of opinions in Athena indicates that although the judges are divided on what should be done in view of current Supreme Court precedent, they view the section 101 issue as extremely important.”

Witness testimony from the 2019 Senate Judiciary IP Subcommittee hearings overwhelmingly confirms that patent owners, investors, former jurists, former USPTO Directors, IP lawyers, academics, and accused infringers alike view the law as unclear and unpredictable. At least 40 of the 45 witnesses testified that the Mayo/Alice framework has injected uncertainty into Section 101—including most of those who opposed reforms.

National and international confusion and uncertainty over current U.S. patent eligibility law has also been documented over many years in academic conferences, focus groups, journal articles, and business analyses, including the following:

The above body of evidence demonstrates, beyond any reasonable doubt, that the state of patent eligibility law in America is in disarray. In Part II of this series, we will address evidence of the real harms this situation has caused.

Corey Salsberg Corey Salsberg is the Vice President and Global Head of IP Affairs for Novartis, one of the world’s leading innovative biopharmaceutical companies.  He also serves as Secretary of the Board [...see more]

Matthew Dowd Matthew Dowd is Founder and Managing Partner at Dowd Scheffel PLLC. He focuses his skills on complex appellate and trial litigation, with an emphasis on patent and intellectual property issues. [...see more]