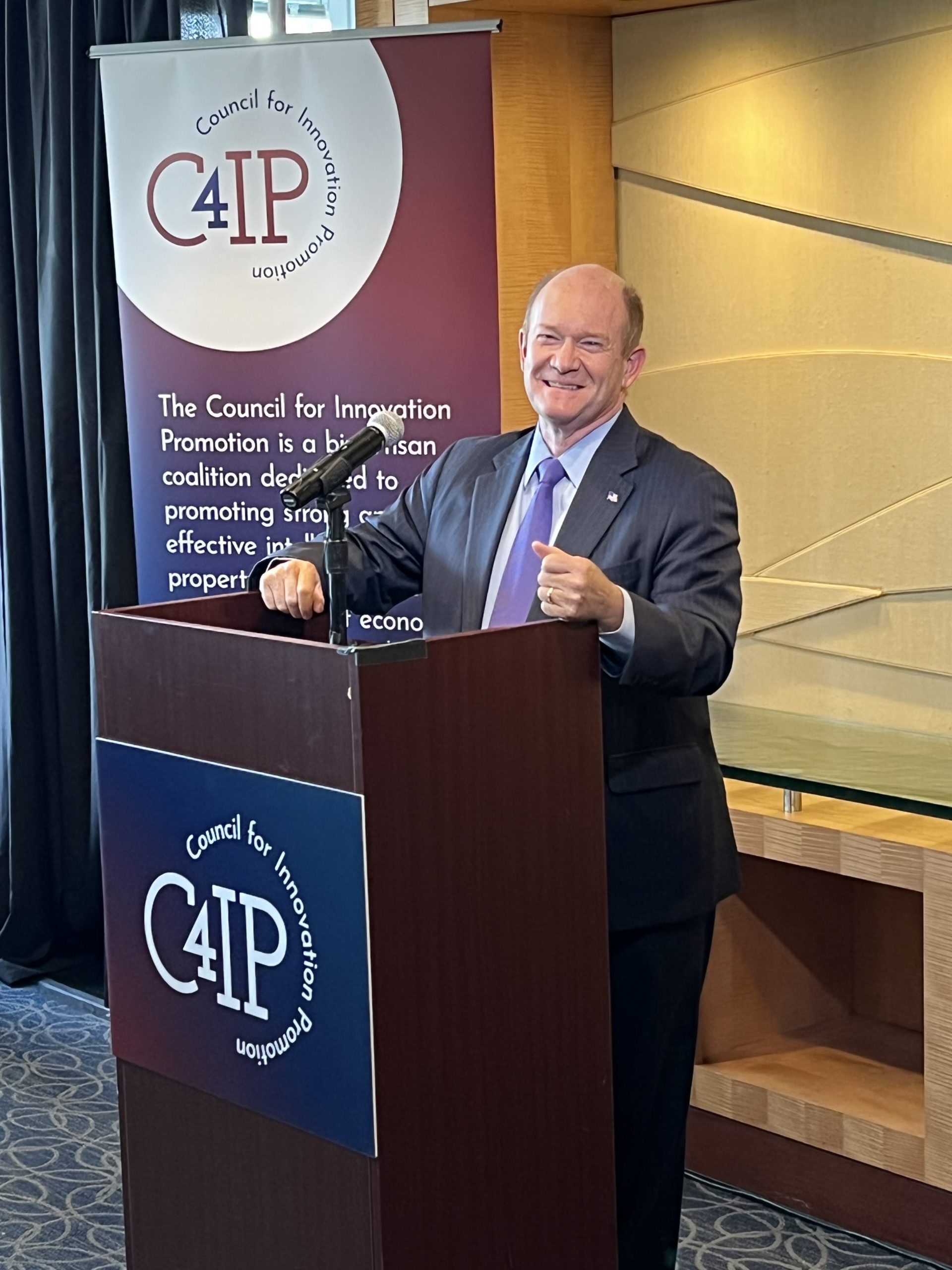 On Wednesday night, during a launch event for the Council for Innovation Promotion (C4IP), Senator Chris Coons (D-DE) announced that he has come on as a co-sponsor of the Patent Eligibility Restoration Act of 2022. Senator Thom Tillis (R-NC) introduced the first draft of his bill in August, but had no co-sponsors at the time, which caused some to question the chances of the bill passing anytime soon. But tonight, Coons said he is happy to be a co-sponsor and both Coons and Tillis seemed optimistic about the prospects for intellectual property legislation in the next congress—no matter which of them ends up as Chair.

As presently written, Tillis’ bill would, at a minimum, overrule the Supreme Court’s decisions in Ass’n for Molecular Pathology v. Myriad Genetics, Inc., 133 S.Ct. 2107 (2013) and Mayo Collaborative Services v. Prometheus Laboratories, Inc., 132 S.Ct. 1289 (2012). While many applauded its introduction as a first and necessary step toward fixing judicially-created confusion around patent eligibility law, some said the current language will exacerbate current problems.

In his remarks Wednesday night, Senator Coons joked that “I have a bet on which of us is going to be chairing the IP Subcommittee [next term] but I’m not going to tell you what it is.” However, both senators noted in their remarks that they would be comfortable either way. “One of us is going to be holding the gavel next year on the IP Subcommittee,” Tillis said. “I have my preferences, but either way it will work just fine because we’ve demonstrated that no matter who holds the gavel we’re here to do the same thing. I have high expectations for the next congress.”

Coons followed up by noting that there are few other places in congress where a centrist Democrat and conservative Republican could say it doesn’t matter which of them ends up as Chair or Ranking Member of a committee. “We share a deep passion for this unique, constitutionally-created property right that has helped drive generations of innovation in the United States – patents,” Coons said. “An enthusiasm for trademarks and copyright, an abiding interest in trade secrets, but across the entire arc of intellectual property, an excitement about working together.” 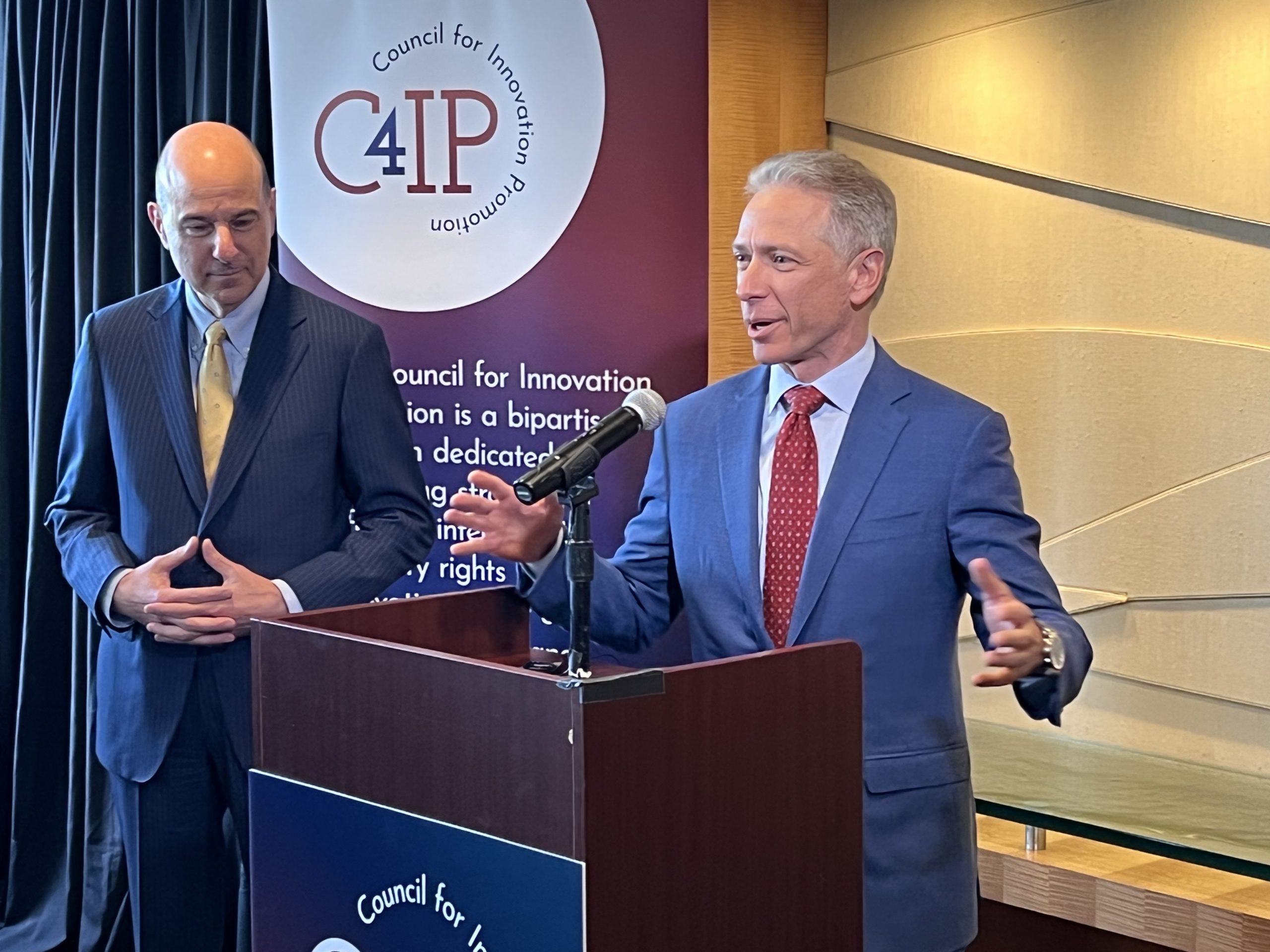 Coons added that, while he respects his “dear friend” current Chairman of the Senate IP Subcommittee Patrick Leahy, he has concerns. “I am very concerned about the erosion of what used to be the gold standard of American IP protection,” he said. “The predictability, defensibility and enforceability, knowledge about what can be patented….  I think there are things about IPRs and the PTAB and its functioning that have moved from a disciplined review of the quality of patents and well into a system that makes it very difficult for a patent to be defended successfully and for it to be worth what it should be worth. We’ve got to change the trajectory of the American IP system.” To that end, Coons added that he is “excited to be a co-sponsor with Senator Tillis of the Patent Eligibility Restoration Act – you heard it here first.”

Wednesday’s event was held at Charlie Palmer Steak in Washington, DC and included C4IP Board of Directors’ members Andrei Iancu and David Kappos as well as Retired Chief Judge Paul Michel and Retired Judge O’Malley of the U.S. Court of Appeals for the Federal Circuit. 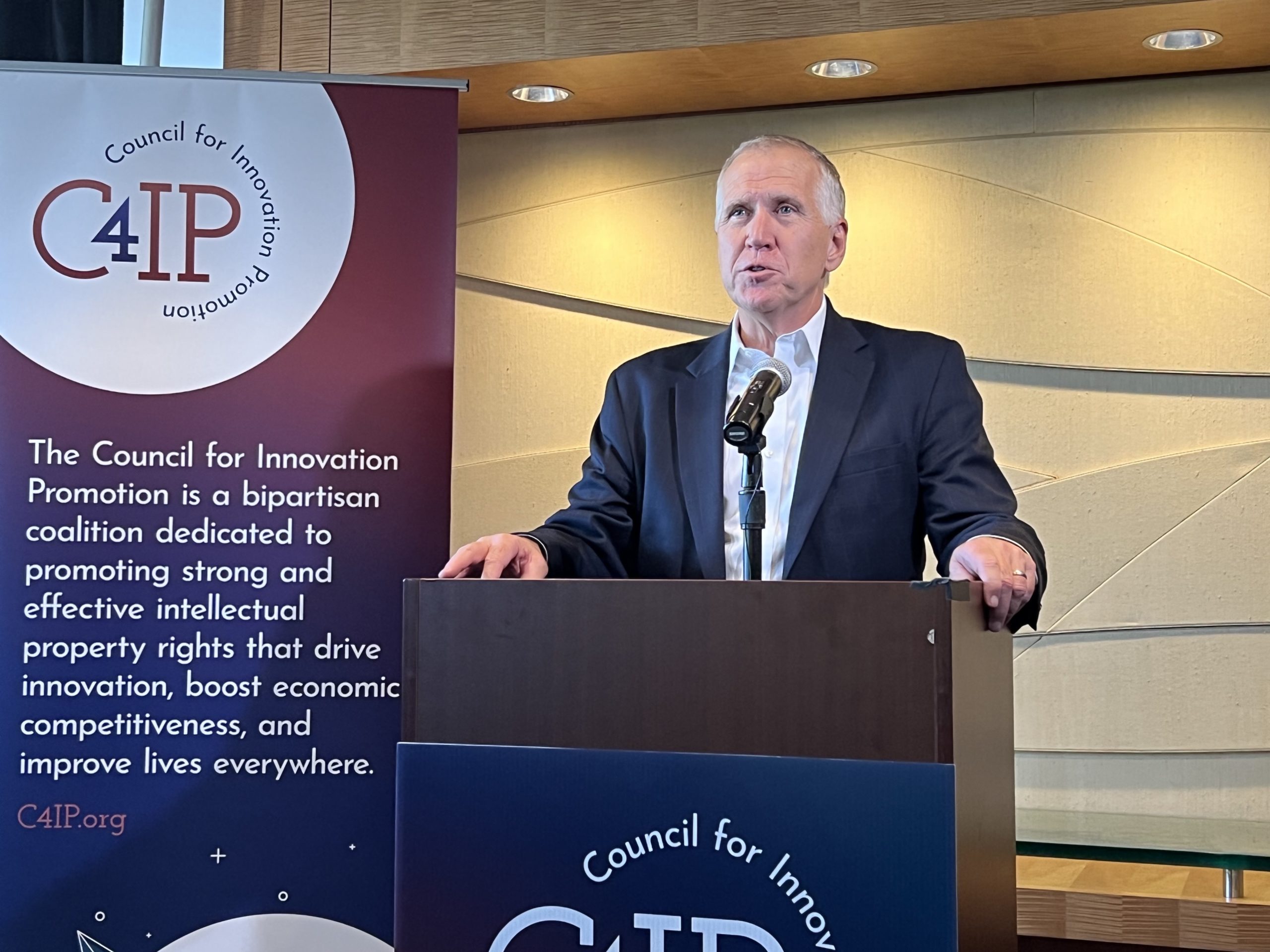 C4IP officially launched last week. It will be headed by former vice president of U.S. policy at the U.S. Chamber of Commerce’s Global Innovation Policy Center (GIPC), Frank Cullen, and features a Board of Directors comprised of bipartisan frontrunners in the IP realm. It will aim to educate on the importance of innovation to the U.S. economy at a high level, and to fill the void its creators say exists with respect to clarifying the often-negative public narrative about the role of IP in access to innovation.