Taking Control of the Game: How Sports Rights Owners are Fighting Piracy

“It is one thing to remove a stream from a pirate website where people are knowingly consuming pirated content – it is another to entirely take down content they have been watching on a site they trust.” 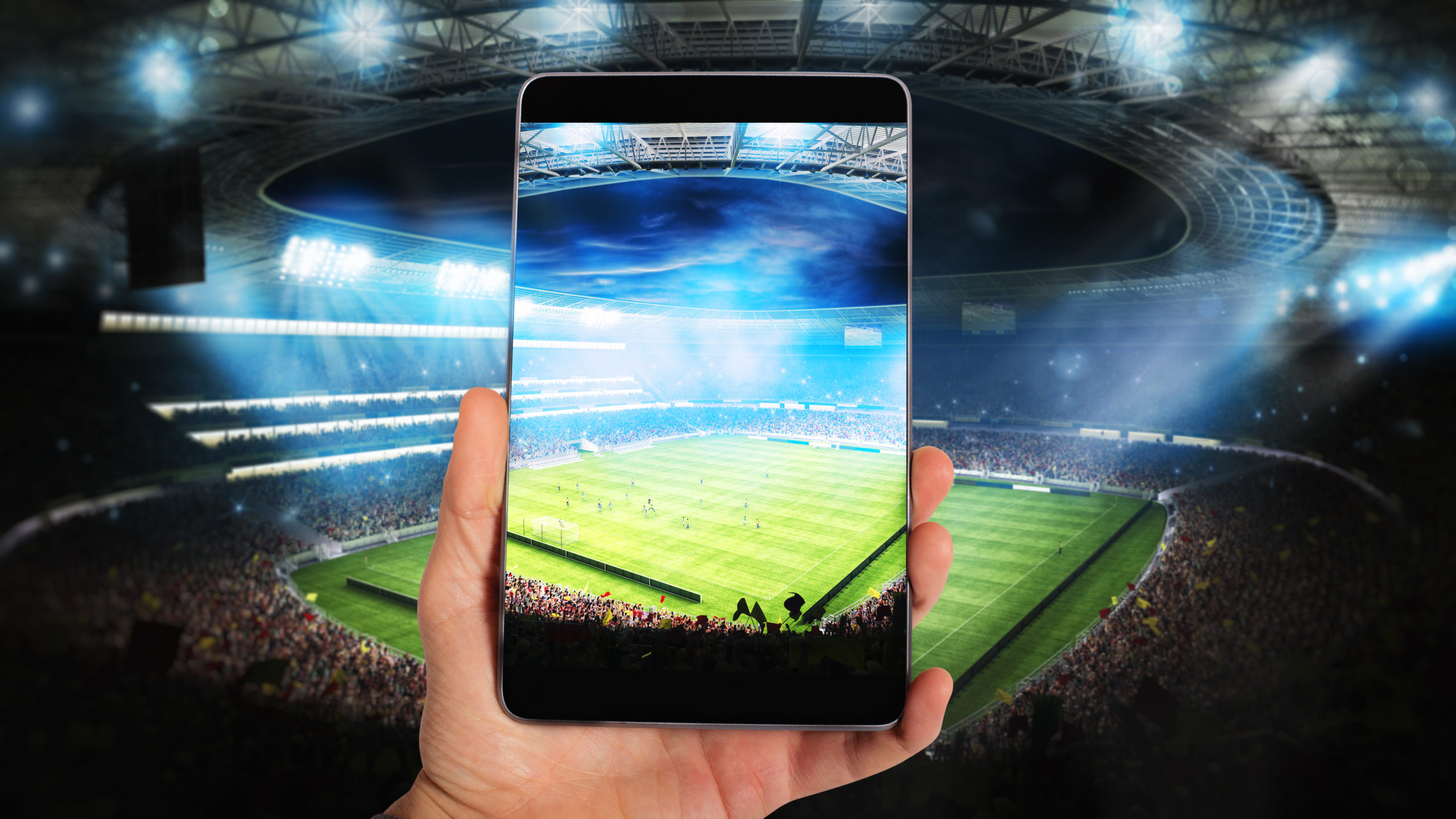 On August 18, 2022, Albert Pujols hit a grand slam against Austin Gomber for his 690th career home run. A clip of that home run was posted on Reddit before the official Major League Baseball (MLB) app was updated. Three years ago, the post would have been taken down quickly. Today, it has thousands of fans commenting on it instead.

In 2020, MLB reversed course on a long-established content policy by going beyond simply allowing fans to post clips and highlights of MLB games. They introduced Film Room, a product that lets fans search clips, make reels, and post them to social media.

This decision was made with intent – to take back control over how its media was being used online. “I think we’re at the point now where we believe that making our content available for our fans, particularly our younger fans, in a way that’s easy for them to consume, is really important,” Chris Marinak, MLB’s chief operations and strategy officer told Sporting News.

But what about more substantial content? Sporting organizations like MLB are facing the challenge of ensuring they are in control of what is happening in their stadiums.

The statistics on piracy of live sports are staggering; one marquee American sports event discovered over 1,300 illegal streams while the event was live – with further video on demand (VOD) and highlight infringements found after the event concluded. Equally staggering was over 1,200 social media posts linking to illegal streams.

According to a European Union Intellectual Property Office (EUIPO) report, the ubiquity of technology has enabled more widely available and accessible piracy, and “a growing volume of available content continues to be illegally accessed online.”

Sandvine reported that in 2019, 6.5% of American households were interacting daily with known TV piracy services, and estimated piracy was costing providers $4.2 billion a year. In one notable sporting case, BeIN Media Group launched a $1 billion legal case against a pirate operation, BeoutQ, that targeted BeIN’s content over the course of one year. It is clear, sports piracy is harming rights owners and broadcasters, who are intent on hitting back.

Getting on top of sports piracy and taking control of content can be tricky, especially as pirates become both more prolific and proficient. As the EUIPO report said, “[t]he criminals involved [in piracy] are adept at using advanced technical countermeasures to avoid law enforcement.”

Experienced pirates can manipulate the streamed image to make it harder to identify. Flipping the image or erasing broadcaster logos are common tactics. Also common is co-opting legitimate platforms like social media where people might be consuming pirated media without their knowledge.

During the sports event mentioned earlier, there were over 1,300 illegal live streams. With appearances on 54 websites located in half a dozen jurisdictions, the processes involved in discovery and takedown of these streams must be adjusted depending on the target. When you factor in on-demand replays, highlights, and clips, it becomes clear why enforcing takedowns and removing illegal streams can be so difficult.

Consumers may also come across pirated content through search engines. Therefore, making it difficult for pirate alternatives to be discovered through such sites is also a key element of anti-piracy strategies. This can begin even before the event goes live. By constantly monitoring search engines for illegal content providers, notices can be filed with that search engine when one is identified, removing the results from the search terms with which they were discovered.

Offending sites may be punished by search engines over time for having complaints filed against them, decreasing how often they appear as a search result – and making them harder to find. That is a strategy utilized by Google. This is a constant, long-term process that decreases discoverability over time.

The Role Jurisdiction Plays in Enforcement

Many pirate websites and streams are based in areas where takedown tools like cease-and-desist notices are harder to enforce, so they require further action to take down. Escalation is possible by contacting the internet service provider (ISP) of an infringing website to restrict internet access and – as a final resort – reporting them to the server provider that hosts the website. Bear in mind, although changing servers can be hugely disruptive to current live streams, it is not a permanent measure.

Despite these efforts, compliance can be hard to achieve in jurisdictions with weak copyright laws. For example, of the 10 illegal streams that were live for more than an hour during the event referenced above, all 10 were based in countries with weaker copyright laws. Although many of these were eventually removed, the jurisdictional challenges to enforcement against illegitimate streams persist.

To counteract, some rights holders are adopting the route of high court injunctions in order to block access to pirate streams. UEFA is an example of such a rights holder, having been granted injunctions in the UK, Ireland, Kenya, and France. This allows them to provide local ISPs with the IP addresses of illegal streams. Those ISPs are legally required to block access to those IP addresses, resulting in inaccessible streams – regardless of where they are based.

While a portion of sports piracy is hosted on deliberately non-compliant platforms, a large part is hosted on well-known platforms, such as social media sites, which abide by copyright laws like the Digital Millennium Copyright Act (DMCA). With highlights such as Pujols’ homerun, brands can take ownership of that content – by enabling and expediting the social media activity. In cases where live content is being streamed, however, it is more problematic. Of the 1,300 illegal streams discovered during that live event, over 1,000 were on social media platforms.

Furthermore, during the event there were 1,200 social media posts linking to pirated content. These links can be taken down, particularly when working closely with social media websites, but the scale of such work is significant. To address the challenge, platforms like YouTube and Facebook have developed their own content identification services, which can be utilized by rights holders. Such services work by identifying unauthorized video content in real time when it is posted, and allowing the rights holder to monitor it, block it, or even monetize it.

Enforcement on illegal social media live streams becomes more difficult where pirates co-opt legitimate platforms that consumers trust. Taking down illegitimate streams people believe to be genuine can be problematic for brand perception and loyalty. It is one thing to remove a stream from a pirate website where people are knowingly consuming pirated content – it is another to entirely take down content they have been watching on a site they trust. It is vital to discover and take down illicit streams on social media before they are discovered by fans.

Given the high consumer reach that search engines, social media platforms, and even some streaming sites have, nurturing long-standing relationships with them is of key importance for a successful anti-piracy strategy. This allows for direct lines of communication and specialized tools to shut down pirates faster.

Staying Focused on the Goal

Reports like those from the EUIPO and industry statistics from live events indicate that the scale and variety of pirated content continues to grow. Those who are pirating are becoming more sophisticated, making use of increasingly available technology to stifle the discovery and take-down of illicit streams, while co-opting platforms consumers instinctively trust.

Taking control of your content has never been more vital than it is today. Intent is perhaps the most important factor. MLB has made decisions with intent about how they are taking ownership of their content. They could have removed Albert Pujol’s 690th career home run from the front page of Reddit seconds after it happened – but they made a strategic choice not to. Other organizations have made different decisions. Global sports broadcaster Sky, for example, has signed exclusive deals to provide highlights on social media. Alongside those deals, they have pursued strict takedowns of their content posted by others – the opposite approach to the one taken by MLB.

Regardless of how right holders choose to take control, they should be the ones making decisions about what happens with their content. If not, the pirates surely will.