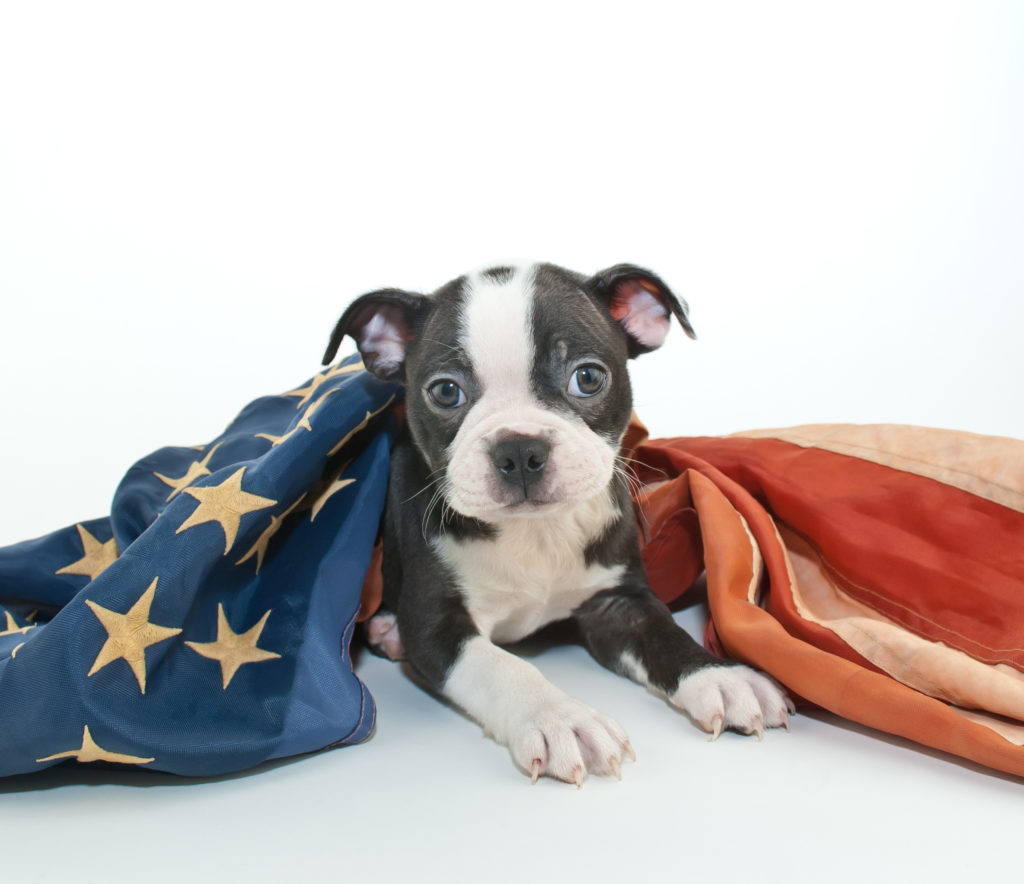 This week in Other Barks & Bites: the Ninth Circuit finds that a Hong Kong-based adult website was expressly aimed at the U.S. market, overturning a dismissal of copyright claims; Senator Tillis pledges to hold a series of patent eligibility hearings with the Senate IP Committee if the Republicans take a majority this November; the Third Circuit finds no agency relationship between patent challenging firm Askeladden and members of The Clearing House, which owns Askeladden; the U.S. Patent and Trademark Office (USPTO) extends the public comment period on the agency’s subject matter eligibility guidance; Novo Nordisk improves its sickle cell and rare blood disease treatment portfolio with a $1.1 billion purchase of Forma Therapeutics; the Delhi High Court orders India’s messaging service Telegram to disclose the IP addresses of Telegram users engaging in copyright infringement; and the Federal Circuit rules that INVT’s patent infringement claims fail because it didn’t provide evidence of base station operations that make up part of the environment of the claimed invention.

Senator Tillis to Hold Series of Patent Eligibility Series if Republicans Take Senate – On Wednesday, August 31, IPWatchdog published an exclusive interview with Senator Thom Tillis (R-NC), Ranking Member of the Senate IP Subcommittee, in which Sen. Tillis pledged to hold a series of hearings on the subject of subject matter patent eligibility under 35 U.S.C. § 101, including debate of the Patent Eligibility Restoration Act that Tillis introduced into Congress earlier this year. Tillis also supported the recent standing order entered in the Western District of Texas for the “equitable distribution” of patent cases within the district and expressed concerns about efforts to rescind that standing order.

CAFC Says No Infringement Without Analyzing Entire Environment of Accused System – On Wednesday, August 31, the U.S. Court of Appeals for the Federal Circuit issued a precedential decision in INVT SPE LLC v. International Trade Commission in which the Federal Circuit agreed with INVT that patent claims covering wireless communication techniques were drawn to capability instead of actual operation of user devices. However, the Federal Circuit found that INVT’s failure to provide evidence of base station source codes made it impossible to analyze the entire environment of the accused system even though the base station was not part of the claim limitations.

Third Circuit Finds No Agency Relationship Between Banks and Patent Challenger – On Wednesday, August 31, the U.S. Court of Appeals for the Third Circuit entered a ruling in Verify Smart Corp. v. Bank of America NA in which the appellate court affirmed a district court’s dismissal of claims that Askeladden, a wholly-owned subsidiary of banking industry group The Clearing House, did not have a direct agency relationship with members of The Clearing House, including Bank of America, which Verify had previously sued for patent infringement and entered into a settlement agreement in which they promised not to challenge Verify’s asserted patents.

Ninth Circuit Says Adult Website Was Expressly Aimed at U.S. Market in Copyright Appeal – On Wednesday, August 31, the U.S. Court of Appeals for the Ninth Circuit issued a ruling in Will Co., Ltd. v. Lee reversing a district court’s dismissal of a copyright infringement case filed against Hong Kong-based adult website ThisAV.com after finding that the website expressly aimed its content at the U.S. market by choosing to host its website in Utah and including legal compliance web pages that are only relevant to consumers within the United States.

USPTO Extends Public Comment Period on Subject Matter Eligibility Guidance – On Wednesday, August 31, the U.S. Patent and Trademark Office announced that it would be extending the public comment period on the agency’s decision to revisit its 2019 subject matter eligibility guidance until October 15 due to “overwhelming interest in the guidance.”

CAFC Denies Rehearing, Upholds First Amendment Ruling in “TRUMP TOO SMALL” Case – On Wednesday, August 31, the Federal Circuit denied a petition for panel rehearing and rehearing en banc of a February decision by the appellate court reversing the U.S. Patent and Trademark Office’s rejection of a registration application for the mark “TRUMP TOO SMALL.” The denial leaves in place the Federal Circuit’s earlier ruling that the USPTO’s rejection under Section 2(c) of the Lanham Act for referencing a living individual was an impermissible restriction on First Amendment protections for free speech on criticizing public officials.

Third Circuit Okays Use of R&D Costs to Measure Unjust Enrichment in Trade Secret Case – On Tuesday, August 30, the Third Circuit issued a ruling in PPG Industries Inc. v. Jiangsu Tie Mao Glass Co. in which the appellate court affirmed a default judgment against Jiangsu Tie Mao Glass (TMG) awarding $8.8 million in unjust enrichment damages to PPG which was then trebled to $26.4 million. The Third Circuit dismissed TMG’s arguments that there was no nexus between the theft of trade secrets for plastics used in airplane windows and the amount of damages awarded, reasoning that it was proper for the district court to use PPG’s own R&D costs to determine how much money TMG saved by misappropriating the trade secrets.

Settlement Reached in Copyright Suit Against Apple for Tin Pan Alley Music Uploads – On Wednesday, August 31, a sealed minute entry for a settlement conference held the previous day was entered in the Northern District of California signaling the end of a copyright lawsuit filed against consumer electronics giant Apple by entities representing Tin Pan Alley musicians over claims that unauthorized versions of their music were uploaded to Apple’s iTunes service and made available to consumers.

Delaware Jury Awards $40 Million for Shopify’s Infringement of Mobile Website Patents – On Wednesday, August 31, a jury verdict entered in the District of Delaware awarded $40 million in damages to patent owner Express Mobile after finding that e-commerce firm Shopify infringed on claims from three patents and that Shopify did not prove that any of Express Mobile’s asserted claims were invalid.

Music Industry Groups Reach Agreement on Phonorecords IV Mechanical Streaming Rates – On Wednesday, August 31, the National Music Publishers’ Association (NMPA), the Nashville Songwriters Association International (NSAI), and the Digital Media Association (DiMA) announced that the groups had reached an agreement on certain mechanical streaming rates being established by the Copyright Royalty Board’s Phonorecords IV ratemaking proceeding. Under the agreement, a headline royalty rate of 15.35 percent will be phased in during a five-year period lasting from 2023 to 2027.

USPTO Seeks Public Comments on Demographic Info Collected for Pro Bono Programs – On Tuesday, August 30, the U.S. Patent and Trademark Office issued a request for comments in the Federal Register opening a 60-day period for soliciting public comments on information collected for applications from inventors seeking assistance through the Patent and Patent Trial and Appeal Board (PTAB) Pro Bono Programs, including demographic information being newly requested by both programs to determine the extent to which women, minorities and veterans engage with these programs.

MLC Announces Student Ambassador Program to Expand Outreach – On Tuesday, August 30, the Mechanical Licensing Collective (MLC) announced that it had established a Student Ambassador program as part of the MLC’s outreach and educational initiatives to give collegiate-level students hands-on business experience in the music industry and also encourage college musicians to register their works with the MLC.

NOCO Earns Limited Exclusion Order Against Defaulting Respondents in Section 337 Proceeding – On Monday, August 29, the U.S. International Trade Commission (USITC) announced that the agency found violations of Section 337 based on claims of trademark infringement by consumer electronics firm NOCO Company against a pair of defaulting China-based respondents over their importation of portable battery jump starters into the U.S. for sale.

Novo Nordisk Announces $1.1B Purchase of Forma to Improve Blood Treatment Portfolio – On Thursday, September 1, Danish healthcare company Novo Nordisk announced that it had entered into an agreement to purchase clinical-stage biotech firm Forma Therapeutics in a cash deal valued at $1.1 billion as part of Novo Nordisk’s bid to improve its portfolio for sickle cell disease and rare blood disorder treatments.

GM’s Cruise Recalls Robotaxis for Software Upgrade After San Francisco Crash – On Thursday, September 1, news reports indicated that Cruise, the autonomous driving firm owned by General Motors, had issued a recall of 80 robotaxis after a June crash in San Francisco caused minor injuries to a passenger by braking abruptly due to oncoming traffic while making a left turn.