“Congress is poised to fundamentally mandate that private companies take whatever they are willing to pay, which will have a tremendous negative impact on future R&D.” 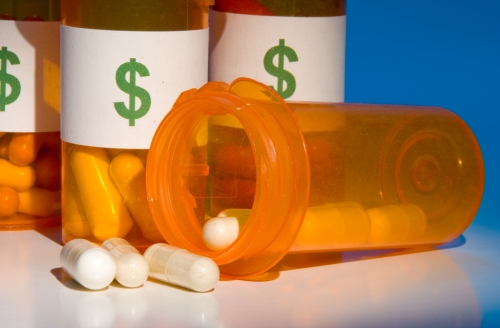 Recently published research conducted by Vital Transformation shows legislative provisions similar to those found in the Inflation Reduction Act of 2022, which allows the U.S. Government to “negotiate” drug prices under a set framework based upon the amount of time a drug has spent on the market, would have significant, negative effects on patient access to new therapies because funding would be severely curtailed for research and development.

According to Vital Transformation, the reduction of net earnings due to government price fixing would substantially reduce the amount of research and development of small biotech firms, which would negatively impact future drug discovery and development. The model used in the study estimates that with government price fixing “only 6 of 110 previously approved therapies would be considered ‘not at risk’ of being cancelled, or at very least divested.”

The Vital Transformation research, conducted as an analysis of the now defunct Build Back Better legislation, “shows the drug pricing caps… would drastically reduce critical investment in innovative therapies and cures that patients depend on, at a time when smaller biotech companies are facing tremendous pressure in the capital markets,” according to Nick Shipley, Chief Advocacy Officer at the Biotechnology Innovation Organization. Indeed, on top of recessionary pressures, small biopharma companies that often require investor funding for a decade or longer to survive will face further downward pressure that will make it even more difficult to stay afloat. A real disaster, given that small companies often produce most of the exciting, new innovative therapies and cures that are later manufactured and distributed by larger enterprises who control channels of commerce.

The drug price fixing provisions of the Inflation Reduction Act of 2022 remain like those found in the previous version of the now defunct Build Back Better legislation. Under the current proposal, there would be a virtual, forced mandate on drug companies to accept the government’s offered sale price on drugs captured within the legislation, otherwise they would be assessed a 95% excise tax on sales. And some who have analyzed the bill do not think a drug company could simply refuse to sell the drug in question to the government because the way the text of the bill is written, any refusal by the drug company to accept the government price would spring the 95% excise tax on sales into being.

Targeting the Drugs that Make Money

Despite this body-blow to the industry, and a death knell to innovation and investment, progressives are reportedly not happy because the bill does not go far enough. The Inflation Reduction Act of 2022 only captures small-molecule drugs that have been approved by the Food and Drug Administration for at least nine years and biologics that have been on the market for 13. Never mind that current provisions capture the drugs Medicare spends the most money on, which means they are the most commercially successful and important drugs.

Let that sink in—Congress is poised to fundamentally mandate that private companies take whatever they are willing to pay, which will have a tremendous negative impact on future R&D. Thus, Congress is focusing on the drugs that are the most important and successful, or in other words the very few that actually make biopharma companies money. By focusing on those drugs that actually make money, it does not take a psychic to predict that there will be many companies in the industry that will not survive, and others that will limp along severely wounded.

Science is Hard, but the Economics are Clear

Science is difficult, as pretty much everyone can attest, particularly those in the masses who struggled to get through high school biology or chemistry on the way to graduation, to never look back and never concern themselves with science again. And biopharmaceutical science is extremely difficult, and extremely unpredictable. It is extraordinarily expensive to get a drug candidate from conception to the marketplace, and if that does happen, consensus estimates from the Congressional Budget Office range from $1 billion to $2 billion, and sometimes go much higher.

Raising the costs associated with new drugs is due to the fact that most drugs fail, and for a business to stay in business the successes must pay not only for themselves but also for the failed attempts. So, those drugs that are successful need to provide a reasonable rate of return to investors to make everything all worthwhile, but those successful drugs need to pay for the 90% of drugs that are unsuccessful—those that never even made it to clinical trials, looked promising only to fail during clinical trials, or made it to market but fizzled.

No one likes paying high prices for drugs and therapies, but if we do not allow biopharma companies to make money on profitable drugs they will go out of business, and that benefits no one. Of course, complicating matters is the bifurcation within the industry between large biopharma companies and the small startups and SMEs that often—if not generally—are responsible for the most exciting discoveries and breakthroughs.

It is easy to vilify large biopharma companies that are often extremely profitable, albeit less profitable than technology companies like Amazon, Apple, Microsoft and Alphabet. Does large biopharma really need to be as profitable as it is? Similar questions are not asked of Apple, Amazon, Microsoft or Alphabet, companies where investment in R&D is not nearly as speculative. But are we really ready to tip the delicate balance and take the chance that extremely risk averse investors who are willing to accept the risk of 9-out-of-10 failure rates as long as there is an opportunity for large (albeit not tech company huge) profit? Will they continue to provide funding in a price fixing world? Perhaps, but that is a gamble. And after watching government be so horribly wrong about the economy, is allowing these same folks to make a calculated gamble about the future of innovative drugs, cures and therapies wise? The question probably answers itself.

There Are Better Ways to Solve the Problem than Price Fixing

Price fixing, if done by the private sector, is illegal. And price fixing, when done by a government, is not only stupid, but it is the hallmark of a socialist regime. And the sad part is price fixing is not necessary to address this particular problem. The government has enormous buying power and therefore tremendous leverage. The fact that government negotiators are terrible at their job and do not understand leverage is a poor reason to adopt socialist policies that will sacrifice the industry and suppress research into future cures and therapies.