“[W]hile the [bill] is being sold as a simple measure to support better governance in patent issuances, there appear to be some not-so-latent desires to use its provisions as a mechanism for promoting generic competition in the pharmaceutical industry.” 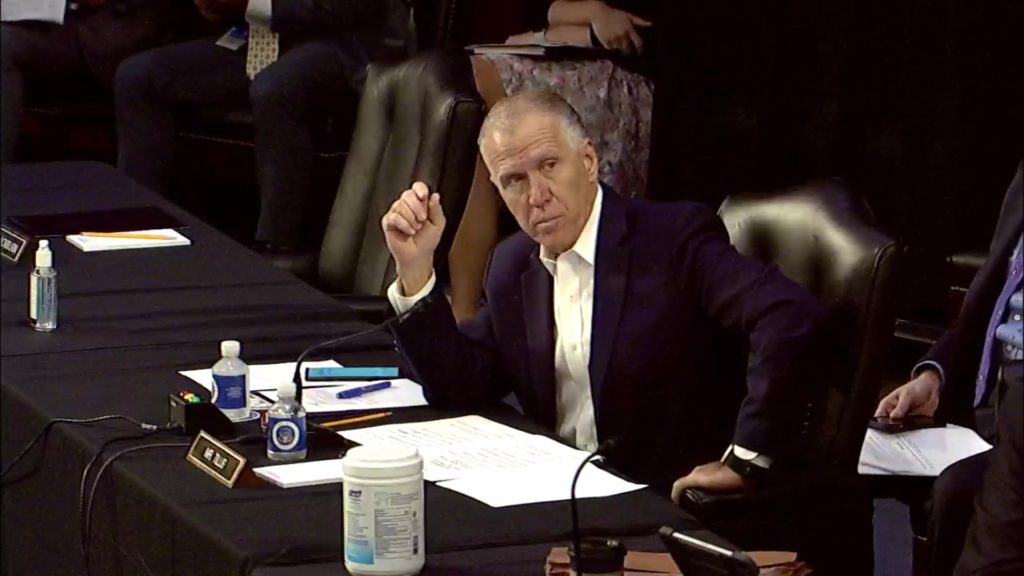 Earlier today, the U.S. Senate Committee on the Judiciary convened a brief executive business meeting to discuss a series of judicial nominees selected by the Biden Administration, as well as a pair of proposed bills. One of those bills, the Interagency Patent Coordination and Improvement Act of 2022, follows various efforts to limit certain patent rights in the pharmaceutical industry and was passed favorably out of the Committee via voice vote toward a full vote on the Senate floor.

The bill, introduced in June by Senators Dick Durbin (D-IL), Thom Tillis (R-NC) and Chuck Grassley (R-IA), would amend Title 35 of U.S. Code for the purposes of establishing an interagency task force between the U.S. Patent and Trademark Office (USPTO) and the U.S. Food and Drug Administration (FDA) that would share information and provide technical assistance with respect to patents. The bill would also direct the USPTO Director to provide a report to the Senate and House Judiciary Committees within four years of the law’s enactment detailing information shared through the interagency task force, including how often such information is used by patent examiners during patent application prosecution at the USPTO. 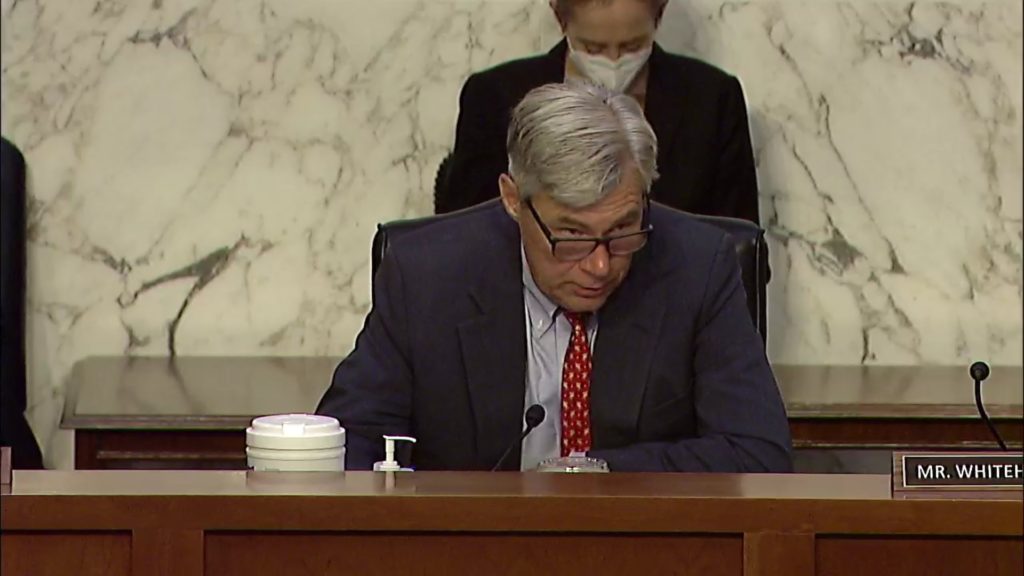 Durbin, the Senate Judiciary Committee’s Chair, had tested positive for COVID-19 prior to Thursday’s executive business meeting, so the meeting was conducted by Senator Sheldon Whitehouse (D-RI). “This is a simple good governance bill that improves information sharing between the [USPTO] and the [FDA] with respect to drug patents,” Whitehouse said. Several other Senators took time to speak on the bill prior to the voice vote, including Senator Tillis, who had not expected some of the negative responses he had received by those opposed to this proposed piece of legislation:

“This [bill], as you described it, is a simple measure. I’m really surprised by some of the arguments and hyperbole that some have engaged in against the bill. It seems to me that any company in any industry should want patent examiners to have access to all the pertinent information. That’s simply what this bill does.”

Tillis also announced in an interview with IAM published today that he will soon be introducing legislation to reform U.S. patent eligibility law again, despite his previous attempts being stalled.

Not every Senator favoring the bill, however, felt that the Interagency Patent Coordination and Improvement Act was designed with the simple goal of sharing information pertinent to patent examination between federal agencies. Senator Jon Ossoff (D-GA) asked to be added as a co-sponsor to the bill, thanking the bill’s original sponsors for introducing legislation designed to “reduce prescription prices.” Also remarking on the bill was Senator Chris Coons (D-DE), another co-sponsor of the bill, who commended the bill’s drafters on developing an effective framework for sharing information between federal agencies:

“Collaboration and information sharing between the FDA and the USPTO obviously is important and valuable. This bill strikes a reasonable balance between the potential harms of disclosing confidential information at the heart of innovation and ensuring collaboration on the work critical to thorough and complete patent examination and fostering innovation. Information cannot be used, should not be used to either harm competition or to harass patent owners, so it is my hope that they will follow through on some of the means available in court and that in the end this will improve innovation.”

Along with the bill itself, a manager’s amendment to the Interagency Patent Coordination and Improvement Act submitted by Senators Durbin and Tillis was also approved by the Judiciary Committee. The bill passed by a unanimous voice vote with no Senators on the committee registering any opposition to the bill or the manager’s amendment. 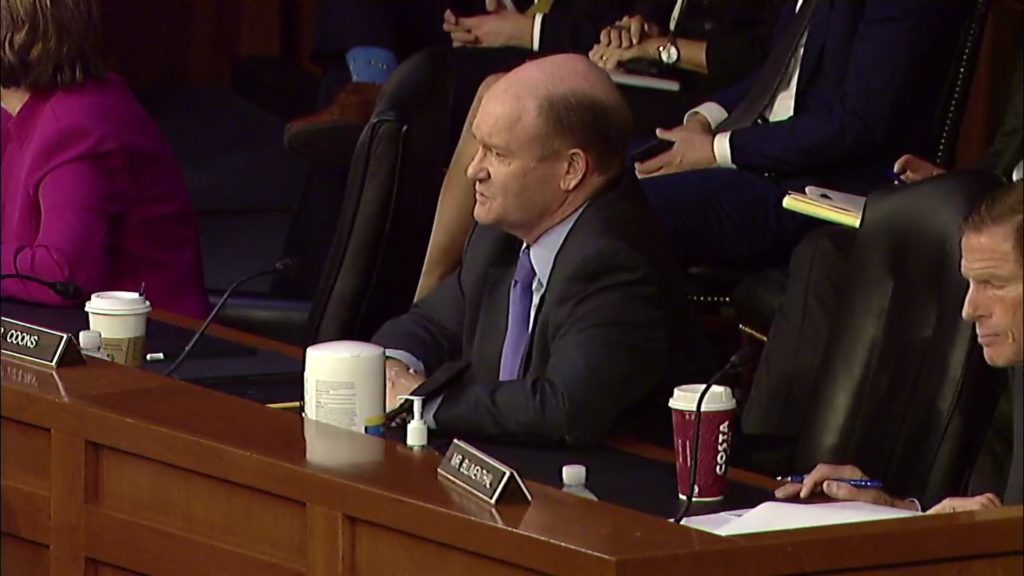 If enacted as written, the Interagency Patent Coordination and Improvement Act would amend 35 U.S.C. § 2(c), adding a new provision granting the USPTO Director power to establish an Interagency Task Force on Patents. The bill would also introduce a new section at 35 U.S.C. § 15 directing this task force to coordinate efforts between the USPTO Director and the FDA Commissioner to evaluate and implement activities with respect to actions involving patents for human drugs and biological products. The membership of the task force would be composed of employees of either agency selected by their respective agency heads.

Under provisions of the bill, the task force would carry out certain activities, such as sharing information through workshops or training sessions on the general processes of both agencies, including the information reviewed in applications filed at either agency and how applications are evaluated at either agency. Information sharing would also cover new patent approvals, new human drugs and biological products, new technologies and prior art, and new scientific trends and developments.

The Act would also direct the interagency task force to establish a process by which the USPTO Director can request information from the FDA Commissioner relating to human drug and biological products, including label updates and newly approved indications, for use by patent examiners when that information is made public by the FDA. This process would also enable patent examiners to access certain communications that are not subject to public disclosure, including communications between the FDA and entities sponsoring human drug and biological products. Such information would be shared only to the extent necessary to ensure accurate representations and enforcement against granting patents on claimed inventions that were the subject of an offer for sale before the effective filing date as outlined in 35 U.S.C. § 102(a)(1). The USPTO would also be responsible for aiding the FDA in listing appropriate and accurate descriptions of patents covering approved drugs and biological products, while the FDA Commissioner would be responsible for furnishing information with respect to certain patent applications, responses or affidavits after rejections to assist patent examiners.

Durbin’s proposed bill includes rule of construction provisions, which state that none of the interagency task force’s activities should be construed as directing either the USPTO to delay the FDA’s ministerial function of listing patents or indicating the USPTO’s position regarding the ability to assert a patent in infringement litigation. The bill also directs the task force to establish safeguards preventing the inappropriate disclosure of information shared between the two agencies, as well as identify appropriate remedies for potential injuries suffered when confidential information is made public. The functions of the interagency task force would be funded through appropriations authorized for the USPTO Director’s use.

Although portrayed by most co-sponsoring Senators as a simple governance bill, increased interagency cooperation between the USPTO and the FDA has been the focus of D.C. lawmakers looking to address perceived competition abuses in the pharmaceutical industry. This May, a letter co-signed by Senators Maggie Hassan (D-NH) and Bill Cassidy (R-LA), and addressed jointly to USPTO Director Kathi Vidal and FDA Administrator Dr. Robert Califf, cited a lack of interagency coordination on drug patents as facilitating the extension of monopoly pricing and the delay of generic drugs entering the U.S. market. “Lack of coordination between the PTO and FDA may help [] patent thickets grow by enabling manufacturers to obtain patents that do not meet all of the Patent Act’s requirements,” the Senators wrote, noting the one-year time bar for filing a patent application addressed by Durbin’s recent bill. So, while the Interagency Patent Coordination and Improvement Act is being sold as a simple measure to support better governance in patent issuances, there appear to be some not-so-latent desires to use its provisions as a mechanism for promoting generic competition in the pharmaceutical industry.

The recent letter from Senators Hassan and Cassidy, as well as a letter addressed to the USPTO’s Drew Hirshfeld last September by Senators Tillis and Patrick Leahy (D-VT), recently resulted in an announcement by USPTO Director Vidal regarding communications established between the USPTO and the FDA to collaborate regarding the agency’s respective approval processes. Earlier this month, Vidal and Califf authored a joint blog post in which they announced the agencies had “completed an exchange of letters outlining numerous initiatives to execute on President Joe Biden’s “Executive Order on Promoting Competition in the American Economy.” And in a blog post published today, Vidal revealed that the USPTO would be issuing a Federal Register notice clarifying patent applicants’ duties of disclosure and reasonable inquiry, including the duty to make consistent statements to evaluators at the USPTO and the FDA. Director Vidal also noted that the USPTO was continuing to consider additional measures to ensure robust and reliable patents in the pharmaceutical space.

One other item of note to the intellectual property community is the Senate Judiciary’s approval via voice vote of Roopali H. Desai to serve as a U.S. Circuit Judge for the U.S. Court of Appeals for the Ninth Circuit, a regional circuit court of appeal that handles a great number of IP-related appeals. Desai is an attorney from Arizona who has argued several cases before the Ninth Circuit and the Arizona Supreme Court, clerked for former Ninth Circuit Chief Judge Mary Schroeder and served as counsel for the Arizona Democratic Party during a challenge to Arizona’s 2020 presidential election results. While all Senators in attendance at the executive business meeting voted in favor of Desai’s nomination to the Ninth Circuit, the Senate Judiciary Committee registered no votes from Senators Mike Lee (R-UT), Ted Cruz (R-TX), Josh Hawley (R-MO) and Marsha Blackburn (R-TN).