“In ordinary usage, the appellate court found that ‘rise’ was generally associated with waking up and the morning, ‘a time when many crave a cup of coffee, relying on its caffeine to jumpstart their energy for the day….  The proposition that one isn’t fully awake until one has had one’s morning coffee is a cliché.’”

On July 22, the U.S. Court of Appeals for the Second Circuit issued a decision in RiseandShine Corp. v. PepsiCo, Inc., authored by Senior Circuit Judge Pierre N. Leval, reversing a preliminary injunction entered by the Southern District of New York that prevented Pepsi from marketing its “Mtn DEW Rise Energy” canned energy drink. In reversing, the Second Circuit held that the district court had improperly construed certain likelihood of confusion factors as favoring the merits of RiseandShine’s reverse confusion theory.

SDNY Errs in ‘Most Important Factor’ of Likelihood of Confusion Test 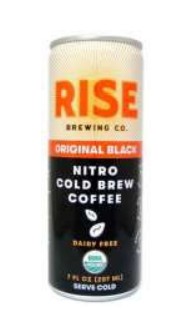 RiseandShine Corp., doing business as Rise Brewing, began selling “RISE”-branded nitro-brewed coffee in 2016 in nationwide grocery chains including Walmart, Kroger and Publix. In 2021, after Pepsi introduced its Mtn DEW Rise Energy fruit-flavored energy drink, Rise Brewing filed a trademark infringement lawsuit in the Northern District of Illinois that was then transferred to the Southern District of New York. That district court entered a preliminary injunction based on the merits of Rise Brewing’s reverse confusion theory that the infringing Mtn DEW Rise Energy drink would create a likelihood that consumers would think that Rise Brewing’s RISE coffee drink was actually sold by Pepsi.

On appeal, the Second Circuit determined that the Southern New York district court had erred in its evaluation of the strength of plaintiff Rise Brewing’s mark, which the Second Circuit said was “often the most important factor” considered in the likelihood of confusion analysis. While the appellate court found no error in the district court’s determination that “RISE” was suggestive, the third rung on the inherent distinctiveness spectrum ahead of generic and descriptive, the Second Circuit cited to its 1991 decision in Lang v. Retirement Living Publishing Co., Inc. to note that “suggestiveness is not necessarily dispositive of the issue of the strength of the mark”:

Logical Association, Evidence of Mark Use Narrows Scope of Protection for ‘RISE’

The strong logical association between “RISE” and coffee puts Rise Brewing’s mark at the lower end of the suggestive mark spectrum, the Second Circuit ruled, and the district court’s failure to note this logical association constituted legal error. In ordinary usage, the appellate court found that “rise” was generally associated with waking up and the morning, “a time when many crave a cup of coffee, relying on its caffeine to jumpstart their energy for the day…  The proposition that one isn’t fully awake until one has had one’s morning coffee is a cliché.” The Second Circuit also noted that “RISE” could refer to increased energy levels from caffeine consumption. Because of the mark’s close ties to the benefits of drinking coffee, the appellate court found that “RISE” was inherently weak as a suggestive mark and is only entitled to a narrow scope of protection. 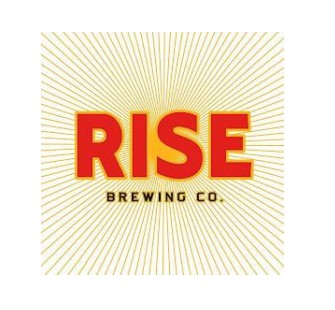 Examining the district court’s record, the Second Circuit also afforded weight to evidence offered by Pepsi that, although Rise Brewing was the exclusive user of the “RISE” mark to identify single-serving canned caffeinated beverages, there were more than 100 uses of the term “Rise” in commerce. This mark use includes products like coffee, tea, energy drinks and other goods using the term to allude to increased energy, “particularly during the morning hours” according to the Second Circuit. The appellate court further noted that the mark’s weakness was underscored by Rise Brewing’s own trademark application process, during which the company argued that the presence of different registrations for coffee products including the term “Rise” was evidence that consumers wouldn’t give much weight to the term as a source identifier. “If there was room for Plaintiff’s use of ‘Rise’ in the already crowded coffee field, there would also be room for Defendant’s, especially on a product that is distinct from coffee,” the Second Circuit found.

The Second Circuit also agreed with Pepsi’s argument that Rise Brewing’s evidence of $17.5 million in expenditures to promote the “RISE” brand did not favor the plaintiff’s reverse confusion theory. Marks can achieve public recognition through publicity, the Second Circuit acknowledged, but in the reverse confusion context, a senior mark’s acquired strength cuts against claims that a junior mark user will confuse consumers into thinking that the senior mark user’s products are sourced from the junior mark user. The Second Circuit noted the possibility that in instances where the junior mark user is a much larger company, like Pepsi, consumers might be led to believe that the junior user had acquired the senior user, but the appellate court ultimately held that Rise Brewing did not demonstrate enough acquired strength in the “RISE” mark to counterbalance the mark’s inherent weakness.

Although the Southern District of New York found that Rise Brewing’s and Pepsi’s marks were confusingly similar, the Second Circuit rejected this finding, reasoning that the district court’s observations regarding the similar typeface were “so general that they likely also describe many other products in the canned beverage market.” Because the use of “Rise” in the coffee and energy drink context was not distinctive, the shared use of the word alone without further striking visual similarities did not establish confusing similarity between the uses of the mark.

In assessing the differences in the two products, the Second Circuit found many dissimilarities in font, arrangement of the letters in “RISE,” the size of the beverage cans, and Pepsi’s use of the “Mtn DEW” house mark. “[P]erhaps most plainly, while the lower half of Plaintiff’s can shows simple, regular, white writing against a calm, uniform background, the lower half of Defendant’s can depicts a large, stylized lion’s head, composed of jagged shards that complement the can’s angular font,” the Second Circuit found. These differences created a low risk that consumers would think that the two products came from the same source, according to the appellate court.

Reverse confusion cases are not common in the realm of trademark lawsuits but this isn’t the only recent decision by a circuit court of appeal correcting a district court’s application of the likelihood of confusion test in the reverse confusion context. In late June, the U.S. Court of Appeals for the Eleventh Circuit issued a decision in Wreal v. Amazon.com in which the appellate court reversed a grant of summary judgment to Amazon on Wreal’s claims that Amazon’s “Fire TV” streaming service created a likelihood that consumers would think that Wreal’s senior “FyreTV” mark for adult video services. Wreal provided the Eleventh Circuit with its first opportunity to clarify the application of the seven-factor likelihood of confusion test applied within that circuit to reverse confusion claims.

Images are from the opinion.